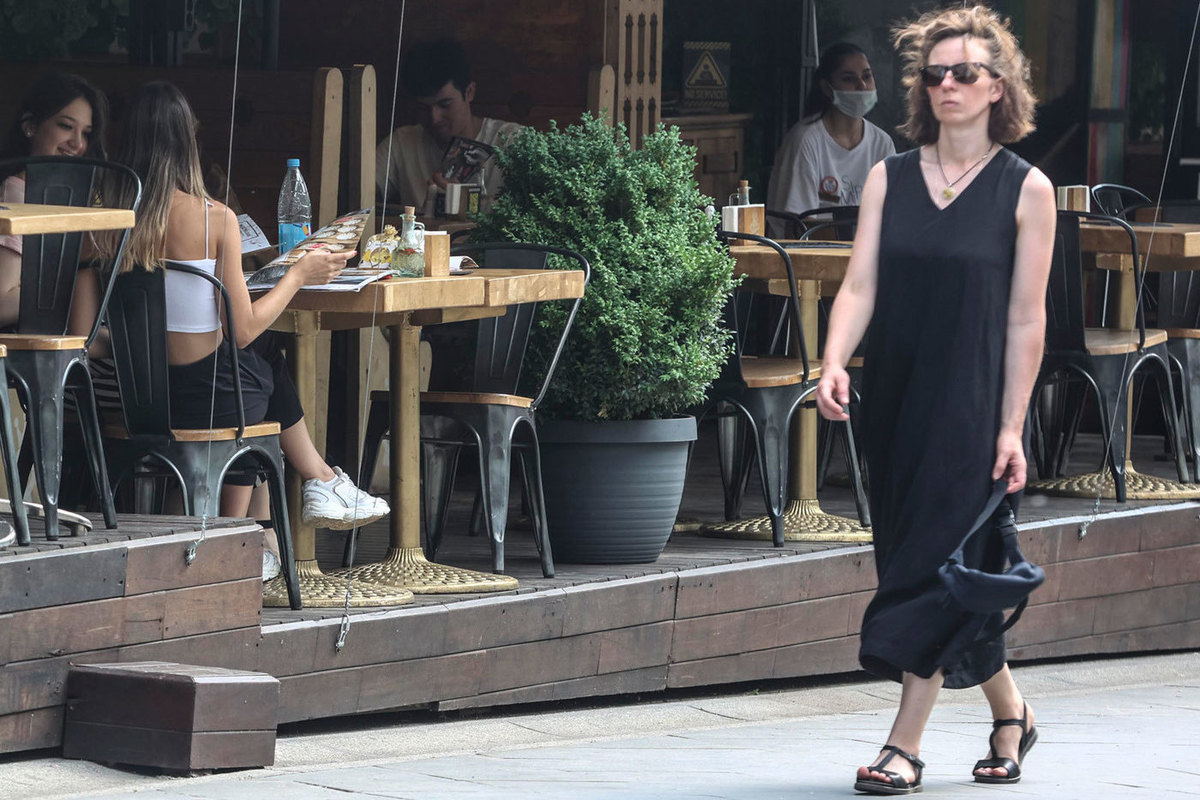 “There are almost no people”

The service sector did not have time to recover from the total lockdown in 2020, as it was covered with a new wave of bans. Since June 28, QR codes have been in effect in Moscow, without which entry to cafes and restaurants is prohibited, with the exception of open verandas. Restaurateur, owner of a group of bars Sergey Gasparov is convinced that about 30% of catering establishments will not survive 2021.

– How do you assess the situation in which catering outlets are now, after the lockdown of 2020 and under the yoke of new restrictions in 2021?

– The situation “Alice in Wonderland”. What we are all in now, I would not name otherwise. Psychologically and morally, we found ourselves in the Looking Glass. People are intimidated by the information about the spread of the virus, and in the meantime, medium and small businesses are actually dying.

Projects that survived in 2020 thanks to the “airbag” have used all the funds to stay afloat. And the turnover has dropped significantly. There are almost no people in the halls of restaurants. A couple of guest tables a day have QR codes or valid PCR.

Institutions that have a summer veranda have sunk by 40-60% on average, depending on its area. But the worst is for those who do not have this veranda at all. We have two such objects and the fall in them is colossal – 95%.

Avoiding losses in this case is only possible by reducing costs and personnel. A number of well-known projects have closed until September.

– How has consumer behavior changed? Has the average check decreased?

– March, April and May 2021 were very financially productive: at this time in bars, the check not only did not decrease, but even increased by 15%. People are tired of sitting at home, they miss communication. Now the big decline in guests is due precisely to the lack of QR codes.

– The authorities provided support to the industry during the lockdown. Were these measures enough? What should the state do now to really help: with money, loans, benefits, taxes?

– In 2020, we were given tax breaks and the opportunity to receive interest-free loans. We were able to get them, but in reality they did not help much. The business survived only due to subsidies from investors, “airbags”, which, in fact, a serious company should always have, and the work of managers who promptly and competently optimize all processes (first of all, costs). For example, some positions in the menu were cut in order to avoid large volumes of purchases, it was necessary to reduce part of the staff and redistribute responsibilities from the rest.

There are a lot of questions about QR codes. Support measures are lacking. No QR code – only to the veranda. Then why not give institutions the opportunity to increase the number of seats on the verandas where there is such an opportunity, doing it without bureaucratic red tape? For example, in Miami, restaurants in parking areas were allowed to deploy seats.

– The restaurant business turned out to be the most unprotected during the pandemic. Obviously, we will continue to take on the first blows during the rise in the incidence. He will certainly survive, but the losses will be very painful – both for the restaurateurs themselves and for the guests who have been going to their favorite places for years. It’s a shame that restaurants that have been operating for 20 or more years are being closed, which at one time managed to survive several financial crises.

If you look for at least some advantages, then they are perhaps in the fact that low-quality, unprofessional projects will also fly off. According to my forecasts, at least 30% of establishments will close. And it will take more than one or two years to return to the level of 2019.