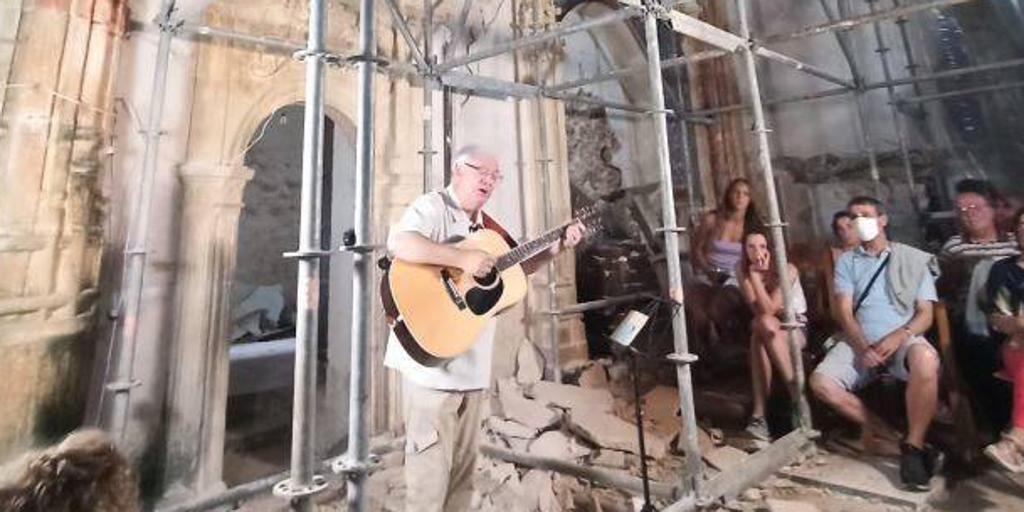 This feature is for subscribers only

That of the seven residents of Fuenteodra is a story of commitment and perseverance. This is the only way to explain why these locals have managed to draw attention to their struggle, which is none other than to save the church of this small town located in Burgos, a late-Gothic construction that is more than five hundred years old and is falling apart. Not even with European funds does the Government have the resources to attend to the heritage that extends through empty Spain. So, just as they did two years ago, these neighbors have launched, together with Hispania Nostra, a crowdfunding campaign to restore the vaults and walls, full of cracks, and replace the roofs of the Church of San Lorenzo Mártir, or ‘La Lady of the Parrots’.

They need 38,571 euros and so far they have raised about 22,000 euros from 200 private donors. In the year 2000 they did manage to cover the amount they claimed for a first phase of restoration: they asked for 18,000 euros and ended up receiving more than 52,000 euros after their case came out in the national and international media. Last Saturday, to give their initiative one last push, the Manapites association organized a guitar concert in the church. What was striking was that Joseph Ignatius H. Toquero he acted among rubble and scaffolding, which populate the temple, closed to worship for more than fifteen years.

‘La Dama de las Loras’ is one of the thousand monuments of Spanish historical heritage that the Hispania Nostra platform has identified on its red list, that is, those that are at risk of disappearance or destruction. Since he launched this ‘crowdfunding’ initiative in 2007 to save abandoned heritage, he has launched thirty campaigns, in which they have raised half a million euros. Hermitages, monasteries, palaces and castles have been saved from ruin thanks to donations from anonymous citizens. Now he has three projects underway.

Apart from the church of Fuenteodra, Hispania Nostra expects to cover in the coming days the 35,000 euros needed to restore the baroque organ of Fuentesaúco de Fuentideña (Segovia) and another 19,000 euros to finance a virtual project of the underground cellars of Baltanás (Palencia ). Spain is the third country in the world with the largest number of elements declared a World Heritage Site.

This feature is for subscribers only

Inflation versus unemployment or the impossible dilemma
Posted onOctober 5, 2022

Oh god! Postponing the release date of new films…. Then Diwali is only the wealth of Ponni….!!!!
Posted onOctober 5, 2022
Menu