Sicily, state funds to cover the 640 million budget hole in health care. The Court of Auditors: “That rule is unconstitutional”

I accounts rejected it’s a institutional conflict of “unprecedented severity”. In fact, one arrives new blow for Sicily: this time from the joined sections of the Court of Auditors, which have in fact rejected the equalization of report for 2019 of Sicily, accepting the appeal of the accounting attorney general of Palermo, Pino Zingale. But not only that: they have also in fact opened an institutional conflict that could fall like a boulder on the coffers of the Region. The accounting “Cassation”, in fact – in addition to having corrected the calculations on the doubtful fund, increasing it by almost 9 million euros – also suspended the judgment, raising the question of the constitutional legitimacy of a 2016 regional law that provides for the use of national health fund to smooth out i debts contracts in the health sector.

This is an annual debt of 127.848.927 euro starting from 2016, or – by 2020 – a total of 640 million. A hole that the Sicilian junta has planned to fill by contracting mortgages to be paid by drawing on the health fund: which is about 45% borne by the Region and 55% by the State. According to the board of auditors, however, that fund cannot cover financial charges. A question of legitimacy that will now have to be resolved Constitutional Court, which he may decide to declare illegitimate the 2016 rule that allowed the payment of mortgages by drawing on those resources: at that point Sicily would find itself having to manage a gigantic Domino effect on five years of regional budgets.

READ Also:  The number of retirees vaccinated against coronavirus in Moscow reaches a million 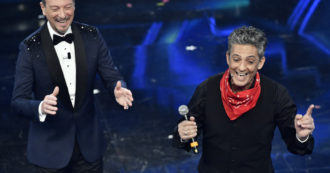 Will Fiorello be in Sanremo? Here’s how things really are

The new blow comes immediately after the one on the first calls of the PNRR and ignites, needless to say, the political clash: “By now we have lost count of the accounting errors e administrative of this regional government. Unfortunately, the price that Sicilians will be forced to pay for Musumeci’s pies will be very high “, comments Giuseppe Lupo, leader of the Democratic Party at the Sicilian Regional Assembly. Even harder Luigi Sunseri, regional councilor of the M5s, who had raised the alarm after the approval in the classroom of the 2019 report: “Unfortunately, once again, I was right. I had asked Miccichè, Armao (the councilor for the Economy, ed) and Musumeci not to proceed with the approval of the accounting document. Instead they did, with the vote of course contrary of the M5s. Approval of the regional report, pending the decision on the appeal proposed by the Prosecutor’s Office, it was a wrong move. Now, unfortunately, Sicily will pay the consequences ”. 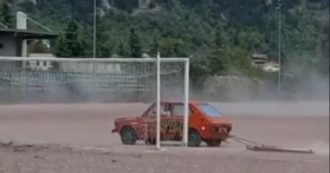 Bestial Sundays – Ok the minicar that carries balls. But have you ever tried the 127 that paves the way? And the usual distinct facts … “Amichia”

To echo also the dem Antonello Cracolici, who had made a harsh speech in the courtroom warning the government majority: “As was foreseeable, the choice to approve the 2019 financial statements before the decision of the joined sections of the Court of Auditors could have generated a serious institutional conflict. I had said it in the courtroom at unsuspecting times, there was a very high risk of being in this situation but thearrogance Musumeci and his government has no limits, the trouble is that this succession of bankruptcy decisions it is sinking Sicily ”.

READ Also:  Afghanistan, Afghan passports destroyed in the US embassy along with sensitive documents. Another obstacle for those who want to leave the country
0 comment
0
FacebookTwitterEmail
previous post

Wind of change: will the new government of the FRG toughen its policy towards the Russian Federation? | Analysis of events in political life and society in Germany | DW

He is silent on the Kogler attack –...

Video of the collapse of the roof on...

The oncologist told what simple products will replace...

Belousov assessed the cost of energy transition for...

A married couple kept people in slavery for...

Schoolchildren from Russia won gold at the International...

The Accounts Chamber saw the risks of not...

Programmer describes a possible mechanism for stuffing into...

Thousands of Salvadorans Protest the President and Bitcoin...