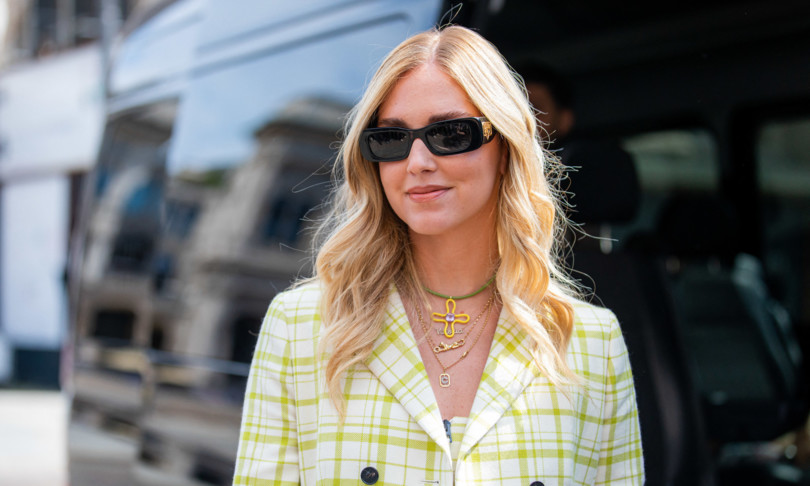 Time.news – Safilo has signed an agreement with Chiara Ferragni for the design, production and distribution of the first collection of licensed eyewear under the brand of the entrepreneur and influencer. The entire range of sunglasses and prescription eyewear will be presented for Spring Summer 2022 and will be available from January 2022.

“We are thrilled to welcome one of the most famous and influential digital entrepreneurs in the world to our portfolio,” said Safilo CEO Angelo Trocchia. “Together we want create a new reference fashion brand in eyewear who, through digital, is able to speak directly to the new generations, working in synergy with the extraordinary power of Chiara’s global fan base to further strengthen Safilo’s presence in the digital universe. A brand that it will fit perfectly into our brand portfolio and which represents a significant growth opportunity in the contemporary segment “.

“Safilo represents not only excellence in eyewear but also, like my brand, a great example of the Italian spirit with a global significance”, added Ferragni, who is the CEO and creative director leading his own brand. The eyewear group “strongly believed in my brand and in launching this new category and I chose them for the connection I felt with their values, innovation and commitment to excellence. We worked together to create a collection that I can’t wait to present next year. “

Opening in rally for Safilo’s stock in Piazza Affari: at the start of trading, jumped by more than 11.5%, reaching almost 12%.

It had already happened with Tod’s, when the announcement of Chiara Ferragni’s entry into the group’s board of directors had sent the company’s stock flying. An effect that amazes today, but up to a certain point, by now accustomed to seeing the most famous entrepreneur and fashion blogger in Italy (and beyond) turn everything it touches into gold. A modern King Midas from the era of social networks.

Yet just over 10 years passed when a very young Ferragni, at the time a law student at Bocconi, had the idea of ​​opening, a bit for fun, a blog – The Blond Salad – about what was then just a hobby : fashion. Fashion and travel. He certainly could not have imagined that, outfit after outfit, that would become not only his job but his gold mine.

In a world of accounts, photos, private life shared with millions of strangers and digital consent, which at the time was just in its infancy. Instagram, the social network that really consecrated Chiara Ferragni, will arrive only in 2012. In the meantime, a degree course has been set aside and a line of shoes that has seen the light with the name of Chiara Ferragni Collection. Little to make the phenomenon explode but still a beginning.

In 2013 the name of the Cremonese, now 33 years old, really began to circulate: Chiara Ferragni launches a line of shoes with Steve Madden and in April of the following year becomes the first fashion blogger to appear on the cover of Vogue (Spain). She who has always been Vogue only leafing through it, dreamy, to draw inspiration for her looks. After that cover, many others came, including that of the Italian edition: “I’m finally on the cover of my favorite magazine”, commented the fashion blogger.

Meanwhile, the followers increase e the way of communicating begins to change. On social media Chiara feels at ease and uses them more and more to advertise bags, dresses and shoes. A new figure is also born: the influencer, of which today you are the testimonial par excellence. In 2015, Forbes included her in the list of 30 personalities under 30 in the “Art & Style” category for the revolution made in the field of Fashion and Communication.

In the same year they also notice her at Harvard where she becomes a case study. The Italian fashion blogger will also return in 2017 to the university which boasts among its students the likes of John Fitzgerald Kennedy, Bush senior and Barack Obama to tell her entrepreneurial story.

Yes, because in the meantime Chiara Ferragni has become an entrepreneur and “The Blond Salad” today is no longer a blog but a company – TBS Crew Srl, of which she is president and CEO – which incorporates a talent agency, an online magazine. and an e-commerce platform. A 40 million euro business, with over 10 stores worldwide.

For Forbes he is “the most important fashion influencer in the world”. And they must think so too Pantene, Swarovski, Pomellato, Intimissimi and the other brands that have chosen her as testimonial among other international names.

To understand the secret of its success, social and economic theories have been troubled. It is difficult to explain his work to those unfamiliar with social media. Or to whom the fashion world has always appeared frivolous.

But perhaps behind his success, in addition to timing, beyond the nose, there is especially the ability to ride social networks. Chiara Ferragni’s life has no secrets. It’s all online. Or so it seems. And each post, according to the Instagram Rich List 2020 compiled by the English digital marketing agency Hopper HQ, is worth $ 60,000.

His 23 million followers on Instagram remember his marriage to Fedez in Sicily, they know every pajama of their first son Leone, and have recently shared the birth of the second daughter Vittoria, wrapped in a “Chiara Ferragni” jumpsuit and bonnet.

Because if in the past mothers embroidered the layette for their baby, she takes up the tradition, the ritual, and does what she does best with it: she designs a line of dresses for girls and promotes it to the fullest. An intimacy no longer worthy of being called such, according to many. Even in the charity Chiara Ferragni and Fedez do not remain anonymous, collecting criticisms and unflattering judgments.

But Chiara Ferragni is keen not to be misrepresented: his is not a life made up of appearances. And so in the midst of the emergency, Covid organizes a fundraiser: the couple raises three million euros for an anti-Covid ward of the San Raffaele hospital. In December the municipality of Milan rewards them with the highest citizen recognition: the Ambrogino d’oro.

A few months earlier, on 19 October, the then Prime Minister Giuseppe Conte had asked the ‘Ferragnez’ to help the government persuade young people to wear masks. “We received an unexpected phone call: we were put in contact with the Prime Minister who asked us to help him encourage the population, especially the younger ones, to use a mask”, Fedez had told at the time.

And Safilo must also be convinced of this if he wanted Chiara Ferragni to win the hearts (and pockets) of the youngest. Meanwhile, the desire to “become Ferragni” grows among teenagers. Not a profession, perhaps not even really understood, but a surname.

At Real they are angry about Holland the elder
Posted onOctober 2, 2022