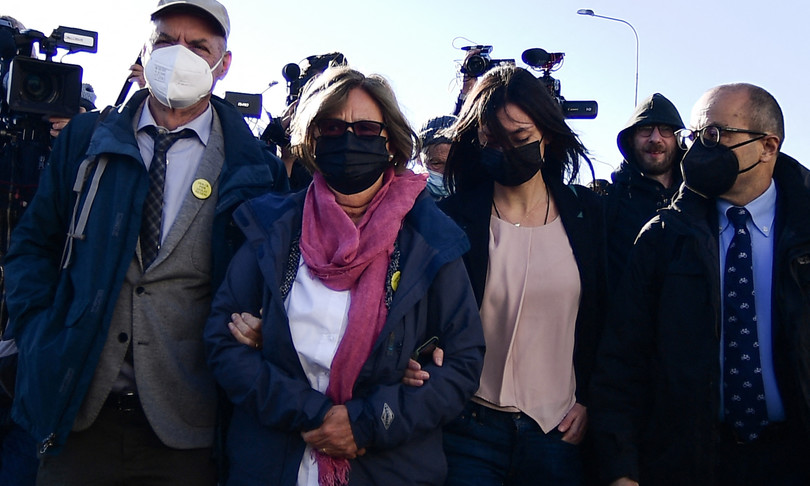 Time.news – No trial to the four 007 Egyptians accused of the kidnapping, of the torture and death of Giulio Regeni, the 28-year-old Friulian researcher kidnapped in Cairo on 25 January 2016 and found dead on the following 3 February. This was established, after a long council chamber, by the third assize court of Rome which annulled the decree that ordered the trial and transmitted the documents to the gup.

The reasons of the Court

According to the court, “that decree”, which set the start of the trial as of today, had been “notified to the accused who were not present at the preliminary hearing by delivering a copy of the deed to the appointed legal counsel, on the assumption that they had withdrawn voluntarily to the knowledge of the proceedings “. Therefore, the preliminary hearing will start again, aimed, if possible, at a further search of the four defendants (which the prosecutor would have liked to have tried in absentia, given the stubborn non-cooperation of the Egyptian judicial authority). For the assize court of Rome, one cannot be certain “of the actual knowledge of the trial by the four, nor of their voluntary removal from the proceedings”. In reconstructing the story, the assize court took note that the four Egyptian 007s “they have not been reached by any official act”.

“Requests forwarded through letters rogatory to the Egyptian judicial authority containing the invitation to provide information on the complete personal details and on the current ‘residence or domicile’ useful for acquiring a formal choice of domicile for the purposes of the notification of the acts of the unspoken proceedings against them” from the Rome prosecutor’s office “they had no outcome”, underlined the assize court. “The clear inertia of the Egyptian state in the face of these requests from the Italian Ministry of Justice, certainly received by the Egyptian authority, followed by repeated requests by judicial and diplomatic channels as well as appeals of international significance, made by the highest authorities of the Italian State, the inability to notify to the accused, at a specific address, all the proceedings from the notice of conclusion of the investigations “.

Even if we want to admit that the four 007s knew about the investigations on the basis of the questions addressed to them via rogatory, but “only in relation to the monitoring activity of Giulio Regeni’s conduct following the complaint made by the head of the street vendors union”, it goes said, in the opinion of the court, that “their knowledge stops at the investigative stage and not also to the subsequent decisions of the public prosecutor regarding the exercise of the criminal action against them “.

And if it is true that the Regeni case was involved “an undoubted media relevance”, as evidenced by the Rome prosecutor, it is also true, according to the court, “that the Egyptian mass media in Arabic reported the news of the enrollment of 5 members of the local security forces without publishing their name”, which instead they have done the international media in English.

The bitterness of family members

The decision of the assize court family members did not like it by Giulio Regeni: “We believe it important that the Italian government has decided to become a civil party. We note with bitterness the decision of the assize court that rewards Egyptian arrogance. It’s a setback, but we’re not giving up. We demand from our justice that those who tortured and killed Giulio do not go unpunished. I ask all of you to disclose the names of the 4 defendants and reiterate it, so that they cannot say that they did not know “, commented the lawyer Alessandra Ballerini, lawyer of the Regeni family, leaving the Rebibbia bunker at the end of the hearing. , in the company of Paola Deffendi and Claudio Regeni, parents of Giulio and Irene, the sister.

“Bitterness and surprise” were also expressed by sources of the prosecutor’s office according to which “the attempt to prevent the trial from taking place by not collaborating, it was successful despite an intense work of over five years that allowed the identification of the alleged perpetrators of the facts “. The same sources” hope that they will resume with renewed determination the actions, at all levels, to obtain the election of domicile of the accused so that the judge to whom the assize court has remitted the documents can restart the process as soon as possible “.