Spam: how to defend yourself against unwanted mail 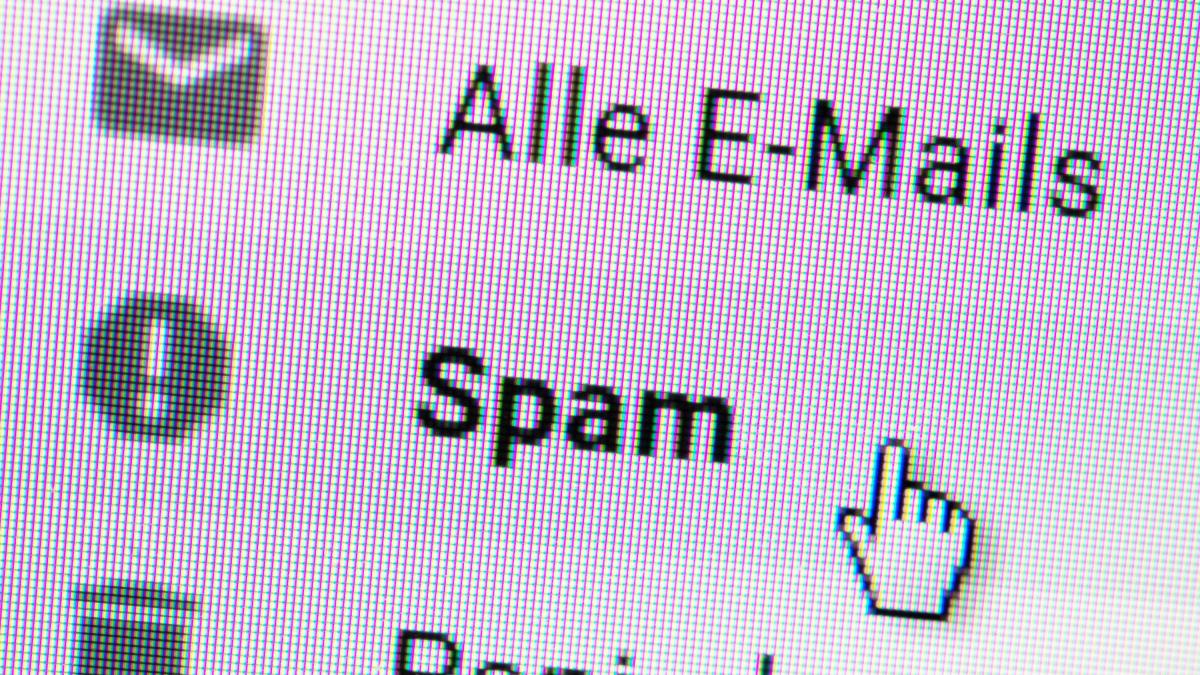 WInquiries for potency pills, bitcoin bargains or surefire investment tips: such e-mails end up in mailboxes on a daily basis.

About half of all emails worldwide are spam, reports the software company Kaspersky in its spam and phishing report. This is not only annoying, it can also be dangerous.

Because some of the spam mails smuggle viruses onto computers. Others want to steal data, such as the bank account including Tan, says Ralf Reichertz.

“We can’t get rid of spam emails. Because they are worthwhile for the senders, because some recipient falls for it ”, continues the head of the consumer law department at the Thuringia consumer center. However, a few precautionary measures can reduce the risk.

First, users should ensure that their own email address does not fall into the wrong hands, if possible. Benedikt Schwimmbeck from the editorial team of the specialist magazine Chip recommends setting up several e-mail boxes: “One address for important or personal contacts and at least one other address, for example for newsletters or competitions.”

And: The main contact shouldn’t be openly on websites or social media, he advises. Because some crooks use programs that automatically search the Internet for published addresses.

Some providers also offer the option of setting up different aliases directly in the account. So-called throw-away addresses can also be useful. They can only be used once, after which the account is automatically deleted. This is particularly useful if someone just wants to try out online services at first or perhaps takes out a trial subscription.

In all cases, the service provider then does not have the real e-mail contact in its database. Many addresses come into circulation because databases are hacked or a company sells them, says Reichertz.

Even reputable companies do that – if they have the consent. “As soon as consumers give their address somewhere, they should therefore be careful not to tick the box with consent,” he advises.

But even those who follow all the tips are not immune to spam or phishing attempts. Because the senders also use programs that automatically create e-mail addresses, send masses of e-mails and simply wait to see what actually arrives somewhere. You can make it harder for programs to guess correctly by adding special characters and abbreviated names to your email address.

If unwanted advertising emails land in the mailbox, the spam filter is the first effective protection against it. “They catch the worst,” says Schwimmbeck. “Email providers use it by default. But it depends on the provider how good it actually is. ”

The filters search messages for relevant keywords, typical errors or known spam senders, for example. Everything that is suspicious ends up in the spam folder.

Users could even train the filter: “If a spam message does end up in the inbox, it shouldn’t be deleted, but rather marked as junk. The program learns from it, ”said Schwimmbeck.

With some mail providers, users can also set up a blacklist with senders from whom they do not want to receive messages. But since these always change, that hardly helps, says the specialist.

If a spam or phishing email mistakenly makes it through the filter, healthy mistrust helps. Since many of them are sent en masse, the senders often do not know which addresses are actually active.

“Recipients should therefore under no circumstances react to the message.” Anyone who clicks on links, replies to the email or tries to unsubscribe from the newsletter is signaling that the email has actually arrived.

Even downloading images that are included in the email confirms that the address is correct. The sender then uses them again or even sells them. The result: even more spam.

The Federal Office for Information Security (BSI) recommends never opening attachments to messages that appear dubious. Because even Word documents or pictures can be infected with a virus.

And if the sender asks for the input of data, even sensitive data such as the account number, or even asks for payment, it is important to act with caution. For example, users should then check whether the invoice is actually still outstanding. Or clarify with a simple phone call whether the e-mail really comes from the supposed sender.

If you want to get the heavy artillery out against unwanted advertising emails and phishing, you can contact the Federal Network Agency, recommends consumer advocate Reichertz. “Inadmissible advertising can be reported there. The authority can even impose a fine if the identity of the sender is concealed. ”

However, consumers could also – if the email comes from a company – request an omission. However, all of this is only possible with German senders. If the sender is based abroad, it is difficult to reach.

Renfe orders trains that do not go through the tunnels
Posted onFebruary 4, 2023
Menu