“Spirituality is the first enemy of DMK forever” at Tughlaq Festival .. Attack Model Kurumurthy | In Thuglak anniversary, auditor gurumurthy says spiritual will be no 1 enemy for DMK

Chennai: Speaking on the occasion of the 52nd anniversary of Tughlaq magazine, editor Kurumurthy slammed various issues including Hindi dump and Dravidian model.

Speaking on the occasion, Tughlaq author Gurumurthy slammed various issues, including the Hindi dump and the Dravidian model. 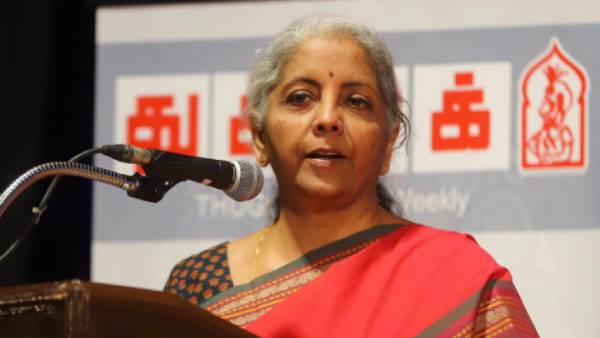 Nirmala Sitharaman at the Tughlaq Festival

Spirituality is the enemy

Speaking on the occasion, Auditor Kurumurthy said, “It is anti-national to call the Central Government the Union Government. The DMK does not have the features of law and justice. Spirituality is the number one enemy of the DMK forever. Atheists come in the guise of atheists during the DMK regime.

Annamalai, who is currently the BJP Tamil Nadu leader, is solving many state problems. He will one day be the leader of Tamil Nadu for sure. Releasing seven people for serving 30 years in prison is a misdemeanor. Similarly, they are wrongly claiming that the central government is responsible for the increase in petrol and diesel prices. Petrol and diesel should be brought under GST.

Karunanidhi is the natural leader. He turned Tamil Nadu politics upside down. He is so knowledgeable. If only Karunanidhi had studied Hindi, India would have been in danger. Tamil Nadu survived due to MGR. If the AIADMK had not ruled for 33 years, Tamil Nadu would have become a jungle. There is nothing wrong with saying that everyone should study Hindi. Amit Shah’s comment on Hindi official language was misunderstood. He did not say anything about Hindi being forced or in favor of imposing Hindi.

Both the DMK and AIADMK are involved in bribery. Whichever of the two is in power the same situation will continue. Not every generation in the DMK can be merciful. Not every generation in Congress can be straight. The Congress party must move away from the anti-Modi position and take steps to develop. Journalists oppose Prime Minister Modi. They are afraid to write about Stalin. The press is struggling to hide the truth.

Only Prime Minister Narendra Modi can stop and eradicate terrorism. The Modi government brought in the Muthalak Act. No other political party has the backbone to do this. This is why Muslim women voted for Modi. Similarly the action of the Central Government in the matter of Hindi is not excellent. Annamalai did not like the statement that we will oppose the Hindi dump in Tamil Nadu.

A meeting between the government and the demonstrators,...

A senior Likud official returns to the Knesset:...

the Simonian family at the heart of the...

Tragedy in Acre: 16-year-old from Ukraine who immigrated...

Colombia: the tribune of an arena collapses in...

Director of the Companies Authority in one of...