Stocks cut and so do forecasts: “Very large investors fear”

Every year, the Oppenheimer Investment Bank holds a conference with the participation of many Israeli companies. This year, after two years in a virtual format due to the corona, company executives and investors have returned to physical convergence. On the other hand, the celebration was somewhat spoiled by the fact that most of the companies that presented at the conference are currently trading far away from the peak prices of 2021, and especially have recently experienced sharp declines in their stock prices, given the state of the markets.

For example, the share of Iron Source is traded today at a price 77% lower than last September’s peak, with its market value today being about $ 2.9 billion. Omar Kaplan, one of the company’s founders and CRO, was asked by Avivit Mana-Klil, co-CEO of Oppenheimer, what the company is being asked by US investors, and why American investors “ran away” from the stock.

He said, “What we are experiencing is macro. We have not gone down more than other companies in the industry. There is no connection between the economic foundations of the company and where it is traded today. It.

“They ask questions and say, ‘We see that you’re growing well.’ “On the other hand, companies that grew up on hype and are not profitable, will not necessarily succeed in this change in the market. In any case, we try to ignore environmental noise and work.”

Iron Source has developed a platform for game developers and mobile applications, and among other things gives these developers advertising tools, analytics, service and more. “The idea is to have the app economy, and our goal is to be the infrastructure of this whole event,” Kaplan says.

“Even after the download, the growth is still significant”

Asked by Mana-Klil about user privacy and recent changes in Apple, which may also happen on Android, Kaplan said the issue is not new, and at the base “it’s great for us, because it mainly restricts companies that know how to analyze user behavior – for example. “In a hotel in Thailand and prefer a certain wine. We do not have it, we do not know how to build a profile on a user beyond the context of what is happening now.” 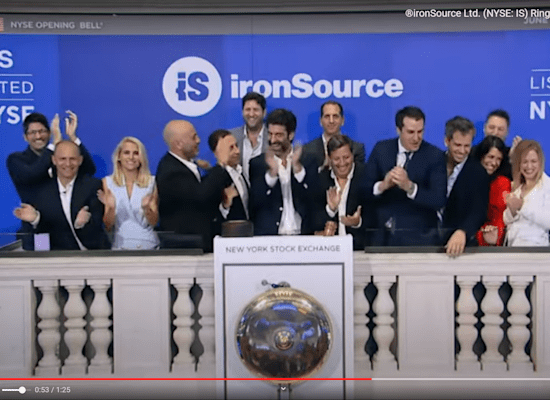 According to Kaplan, “It is important to emphasize that even after the download we are still talking about significant growth. We have chosen a responsible approach, we have seen the beginning of macro changes and general nervousness in the sector, and this affects gaming companies that may choose to lower marketing budgets.

“We still do not see anything significant in the quarter, but it can not be ignored, Therefore, we choose to be careful. “However, he added that in times when people” less in restaurants and less in travel, they will be more on the phone and will invest in such micro-investments (in games, ch. “).

In general he says about the gaming world that it is a fascinating world, with a lot of consolidation and talk about meta-wars and NFT for games, but he says “the basic thing is that people spend a lot of time on mobile and games. Games are a kind of disconnect, very simple and fun “Play in the elevator or on the subway. In the app stores, you can see that if once the game with the most downloads was from a huge company, today it’s indie developer games.”

Another company that has recently reduced forecasts is Global Island, which provides technology solutions for cross-border online commerce. The company reduced its revenue and GMV (transaction volume) forecast but did not change its EBITDA forecast. 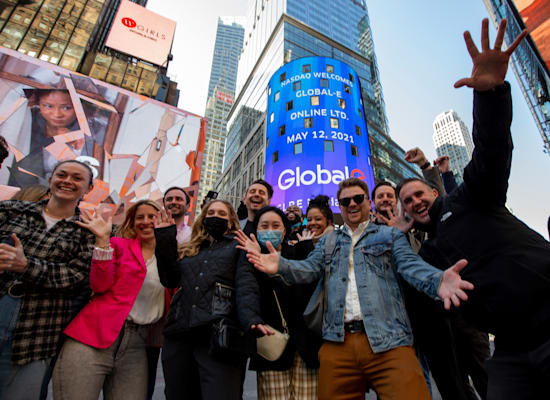 The company’s CEO and one of its founders, Amir Schlecht, and CFO, Ofer Koren, commented on this, and according to Schlecht, “We forecast 70% growth and reduced it to 60% due to macro effects. Beyond that, in the first quarter we added customers, among them Adidas, a strategic customer, and the acceleration is very great. “

Koren said that “the 70% growth forecast was aggressive, significantly higher than all e-commerce players. In recent months we have seen two phenomena: the positive, we see an increase in customer engagement, a large pipeline, a very large investment of brands in the sales channel directly to the consumer, There we are the factor that allows them the international arena.

“Where did we see weakness? On the end consumer side; at the end someone has to buy the products, and there we saw in January-February, especially with the outbreak of war in Ukraine, a significant weakening throughout Central and Eastern Europe. In May we saw significant improvement, but we do not yet know if this is a trend. “Together with the macro situation, we updated the forecast accordingly.”

Koren added that Global-Island hardly absorbs price increases, because of its type of relationship with the various suppliers. Its shipping costs are mostly air-conditioned – prices have risen there too, as in sea transport, but he said “we have absorbed a little of that if at all, because we have bargaining power”.

Global Island also updates that a major destination today is geographic expansion, particularly to Japan and Australia. Global Island is traded at about $ 3 billion, and its stock lost 76% of its peak and 22% of its IPO last year.

“Nova knows how to route well in stormy water”

Nova’s CFO, Dror David, addressed at the conference a number of factors that are currently affecting the company, which deals with measurement solutions for controlling the production processes of semiconductors. The company recently published good reports and a positive forecast for the second quarter.

David referred, among other things, to the current situation in China against the background of the corona: “The situation in China is complex,” he said. “There are areas in closure, a closure of China and not of Israel, there are Nova employees who have been at home for 40 days in a row. Events are starting to have an effect as time goes on.”

He said there are chip manufacturing plants in Shanghai where manufacturers ask suppliers (including Nova) to produce “sleeping areas” at the plant, and even among Nova workers in China there are those who have volunteered to sleep at customer sites to continue working.

Another challenge comes from the supply chain: “We are a hardware company, and buyers all over the world,” David said. “Shipping and rising demand also affect Nova. It has not affected our ability to deliver products to date, and we do not expect it to affect in the foreseeable future, but the daily challenge, we see an impact on component prices. Nova knows how to steer relatively well in this stormy water and possible See it in the company’s results. “

America would sell Renato Ibarra to the Brazilian...

“We regret any event that interrupts healthy coexistence...