Suez, the blockade of Ever Given costs 10,000 million dollars a week 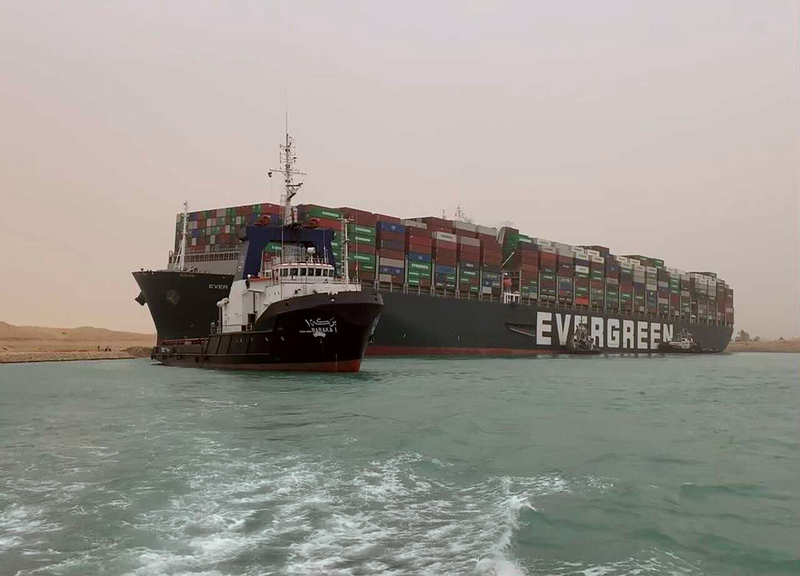 Last Tuesday the container ship Ever Given blocked the Suez Canal. Since then, the world trade crisis has been worsening. Navigation in the strait is suspended and it is not known how long it will take to set up the “beached” giant. The closure of the canal can cost between 6,000 and 10,000 million dollars (between 5,100 and 8,500 million euros) per week for world trade.

In this situation, some shipping companies have already begun to hijack their ships along the route surrounding Africa, although it is longer and more complicated.

The wait forecasts are at least 10 days. So here are the ships that are leaving Asia are studying another route to avoid entering the Suez traffic jam until it is resolved.

One of the first ships that chose to deviate the course was the Ever Green a cargo ship operated by the Evergreen shipping company, the same as the trapped ship.

The German company Hapag-Lloyd, which has six ships blocked, has announced that another six of its ships have been redirected to the African route. In addition, the Danish Moller-Maersk, one of the largest container shipping companies in the world, with 22 ships stationed in Suez hijacked two ships across the Cape of Good Hope.

The bet of the shipping companies is on how long the block will last.

For now, the objective of the rescue operation led by the Suez Canal Authority is dredging to remove sand and mud from the bow area of ​​the Ever Given, a task for which three dredgers have been moved.

Attempts are also being made to reduce the water level in the ship’s bow void and in the bow thruster room. Despite this, all attempts to re-float the ship are, until now. He’s preparing to receive two more tugs tomorrow. Operations will be delayed and this is not good for the 248 ships waiting in line, nor for the whole world trade.

The option of cruising around the Cape of Good Hope is however possible for large oil tankers and large container ships that have sufficient fuel capacity.

Another aspect considered about the deviation on the African route is the threat of piracy. In 2020, there were 195 piracy incidents around the world compared to 162 recorded in 2019. Risks mainly recorded in the Gulf of Guinea and the Singapore Strait, with over 95% of the number of crews seized.

Amid all this confusion, the United States has offered support to Egypt in its efforts to unblock the Suez Canal. The White House is negotiating with the Arab country to see how it could help reopen this infrastructure. And the world awaits.