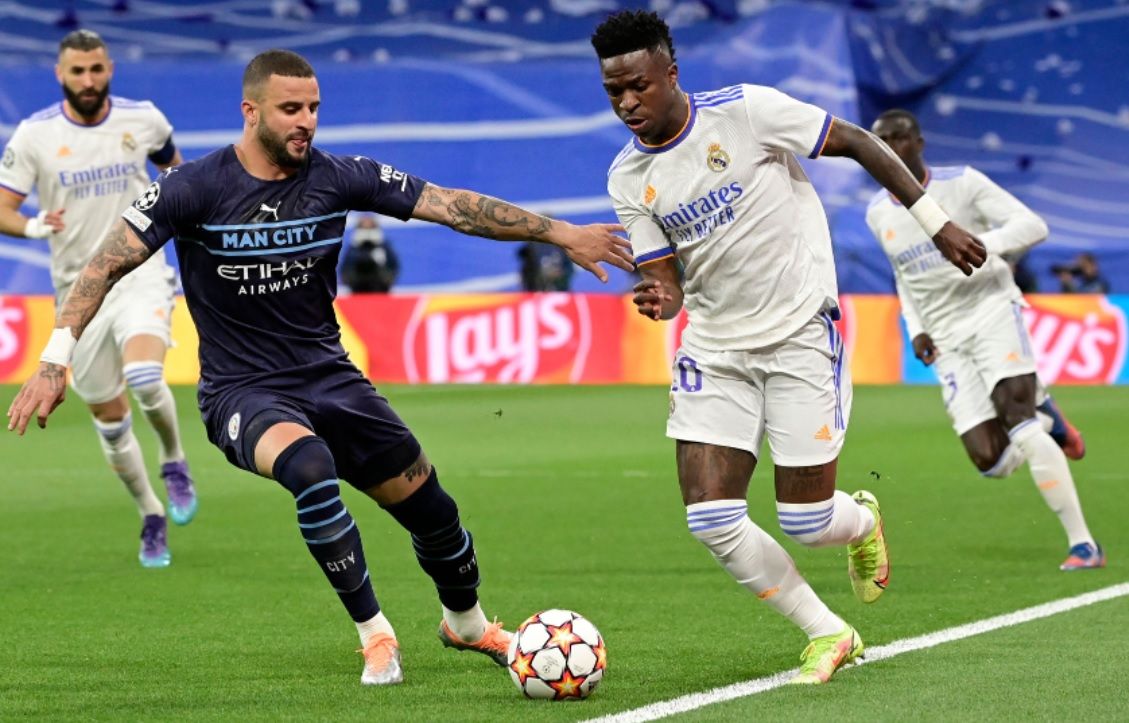 There are things that cannot be explained. You don’t even have to look for explanations. What has happened this year in the Santiago Bernabeu on the Champions it transcends logic, and even football. When the clock marked the minute 89, there was nothing to suspect that the Real Madrid could turn the goal around Mahrez. Not even the fervor of a Bernabeu resigned this time that he came from living magical nights before the almighty PSG and the reigning champion Chelsea. But the duel before this Manchester City mature and cynical looked really bad. she had warned Guardiola in the previous “we may play worse than in the first leg and win”. And precisely that was happening when the clock pointed to minute 89. There were 60 seconds to go. But everything went up in the air again… Madrid will be in the final in Paris. The reasons do not look for them in this Time.news.

Before the miracle, and taught by what happened in the first leg, the duel of the Bernabeu woke up with more caution than frenzy. The Real Madridshielded by the presence of casemiro y Valverde in the medullary, it offered a more metallic profile, while the Manchester City He was betting on a more preventive than malicious possession. Guardiola lined up their starting wingers, with Walker infiltrated, and Ancelotti he crouched his team in a low block to attack where his team moves best, in the spaces.

Two shots of Benzema and another of vinicius they lit up the local parish from the beginning, but the City responded with two claws of Bernardo Silva y Gabriel Jesus that accelerated the pulsations of the stands. The entertaining minutes of scoring left the same sensation of the duel of Manchester: There was more offensive than defensive talent on the field.

Carletto He had not hidden, with his particular sarcasm, that the game would be long, warning that those who finished the game would be more important than those who started it. A very subtle way of saying that the plan was not to lose the tie in the first hour, to win it in the second. maybe that explains Modric spend more time watching rodri than the Spanish of the Croatian in the first assault.

The whites opted to play directly in attack, with attacks carried out by KarimVinicius, who found Walker a tough nut to crack, and a circumstantial third. Pep he was mad inviting Mahrez to challenge leg changed to Mendy y alternated the position of Gabriel Jesus and Foden. At City, Bernardo was at the helm, but he was De Bruyne who accelerated the attacks. It was the calm before the storm. When Orsato He sent the staff to the shower, the players had squeezed the boards. The epic was missing…

The second half began with a resounding chance of vinicius to pass from Carvajal. On the next move it was Mendy the one who arrived The audacity of his side was a sign that Ancelotti had gone up a couple of gears, and the aggressiveness in recovering the ball after losing Madrid, a hallmark of the teams in Guardiola, began to connect the grass with the Bernabéu. Even Vinicius, who was penalized for his poor controls in the area, was already shamelessly unbalancing Walker. Against City, they did not generate any danger, nor a sad threat to intimidate the whites, who were increasingly convinced of the divided balls.

Thirty minutes left when Ancelotti pulled out Rodrygo. The plan was on its way. An hour controlling the game and half an hour to tie the tie. Carletto left in the field Valverdethe midfielder, and sharpened his arrivals with the Brazilians.

Guardiola was forced to relieve Walker and put to Gundogan for a gray DeBruyne. And on the first play, an error in the midfield allowed him to reach the edge of the area Bernardothe best of the match, who served to his right, where he appeared Mahrez to nail a left foot into the net. The mountain was Everest. 19 minutes ahead and two goals to score. Ancelotti revolutionized the game with camavinga y Asensiofor casemiro y Modricbut the goal had been a blow for a Bernabeu that was not the other nights. Perhaps drugged by the calculated football of both in the first hour of the game, the white public was not able to reactivate their own, who were not able to decipher the sudoku that they had proposed Guardiola.

And then it happened again. Rodrygo he scored in the 89th minute, with a six-minute stoppage ahead. A play with more faith than aesthetics that ignited the Bernabeu. The stands exploded and on the next play Carvajal focused on the area where Rodrygo He headed the net with football on the surface and the people asking for more. The magic of the Bernabéu had done it again. Where there was no football, character appeared. he warned Ancelotti, we will need quality, commitment and heart. The question arises of knowing if Madrid had played a riot before, what would we be talking about? To the extension. Ancelotti’s plan…

And the extension arrived, where the Madrid It went on and on growing pushing by the Bernabeu. And in a pass to the area without danger, Benzema anticipated a clumsy Reuben Days who lunged and ran over the striker. Karim this time he was cold-blooded and waited for it to expire Ederson to fool him and score the third. Madrid was in Paris, although there was all the extension ahead. But City were no longer playing against a team, they were playing against a dream, a chimera. Ancelotti’s plan was perfect: the miracle as a tactic.

17 deaths within a week: a 14-year-old pedestrian was run over to death in Petah Tikva – here | Israel Broadcasting Corporation
Posted onAugust 13, 2022August 13, 2022