Tado: This is how the start-up wants to benefit from the heat hype 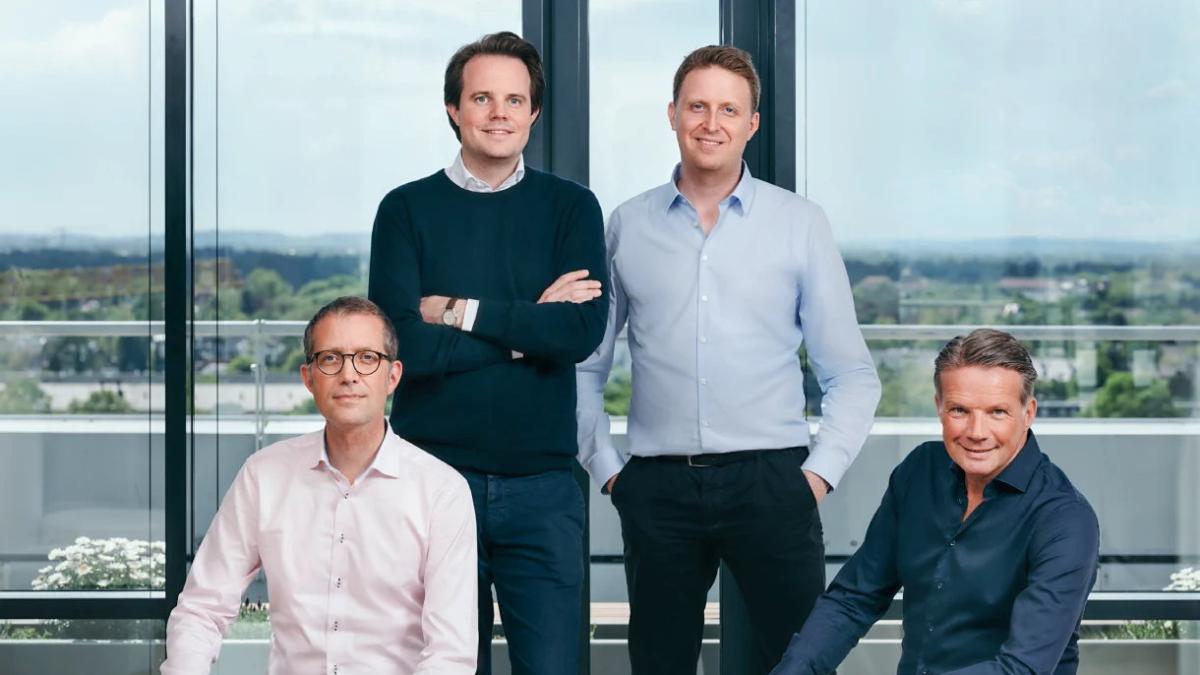 “I can still remember the choice, I was impressed,” says Christian Deilmann. We are not talking about the federal elections, however, but the European Parliament in May 2019. At that time, a particularly large number of young voters voted green and the EU has since invested more in sustainable technologies.

Deilmann and his smart home company Tado also benefit from this. Because in order for the EU to achieve its goal of becoming climate-neutral by 2050, it is subsidizing renewable and more efficient heating systems, since heating is responsible for large parts of the greenhouse gases. Tado has been selling products in this area for ten years.

This includes smart thermostats that are connected to your own home via the Internet and can be controlled by smartphone or voice commands from Google, Siri or Alexa.

Tado devices are manufactured in Asia and then arrive in Europe by ship. In terms of air conditioning, this is expandable. Nevertheless, the company’s customers save massive amounts of CO₂ and thus also heating costs, as the smart thermostats only heat the premises when it is necessary. To do this, the technology recognizes, for example, whether the residents are in the house or the windows are open.

According to the company, their users would have saved around 466,000 tons of CO₂ by the end of 2020. That equates to a million flights from Munich to New York, Tado calculates. If you try to use independent CO2 calculators such as the one from the Federal Environment Agency or Atmosfair, you will save around 250,000 flights, with almost two tons of CO₂ per flight. So much less than stated by Tado, but still considerable.

In addition, the Munich-based company is now also involved in other areas. The next few years for Tado will be determined by the electrification of heating systems and integration into the energy network, says Deilmann.

“Heating and air conditioning are all managed intelligently, that is completely out of the question. The large consumers in the energy network – the heat pumps and electric cars – will become part of the decentralized energy network. As a leading player, we want to be relevant here, ”said the founder.

A heat pump draws heat from the air, the earth or the groundwater and, in contrast to current solutions, does not run on gas or oil, but on electricity. It can be produced sustainably, for example through photovoltaic or wind power plants, which saves CO₂.

USA is currently not an issue for Tado

Tado has repeatedly raised money for its expansion. Most recently, the company received 38 million euros in the summer. The money came from old investors such as Amazon, Eon and Siemens, who had already invested in 2018, and a new addition, the Noventic Group.

Among other things, it operates so-called submetering devices for distributing heating costs in eight million households. Together with Tado, smart control solutions are to be developed in the housing industry.

So Tado is on an expansion course – but initially only wants to grow in Europe. “We have decided that we want to be the European market leader first before we get bogged down in the world,” said Deilmann. “We are still scratching the surface of the potential in Europe.”

In the USA you would have giants like the smart home specialist Nest as competitors, which Google bought for billions. In the United States, Tado started out with a product through Kickstarter, but that’s only going on at the moment, says the founder.

Get tips from the financial expert

How do I get more out of my money? As a WELT reader, take the opportunity to have your portfolio or your investment ideas checked by an independent asset expert without obligation.

The strongest markets in Europe are the DACH region, closely followed by Great Britain and the Benelux countries as well as Italy, Spain and France on a similar level, according to Deilmann.

Tado: Double-digit growth thanks to Corona

Around 200 people now work for the company. However, the company is stingy with other figures such as sales. Just this much: Tado has recently grown in the double-digit percentage range, says Deilmann.

Corona also helped. “Because people have spent more time in their homes, of course, many have invested in optimizing their own four walls,” says Deilmann. His company continues to benefit from the trend that people identify with their home.

They also noticed in the summer that they needed air conditioning for their home office. Tado has also benefited from this, as it sells smart air conditioning controls in addition to thermostats for heating.

Tado founder Christian Deilmann himself is not a big fan of the home office and prefers to be in the office. “I prefer to work from here,” he says. The founder also employs his own team there to reduce the company’s CO₂ footprint. The company sells refurbished products, takes care of environmentally friendly packaging or a sustainable waste concept in office operations.

How big the company’s footprint actually is has not yet been determined by Tado. But it should also be of secondary importance.

As with the electrification of mobility, when it comes to heating and cooling, there is no getting around innovating. Fossil resources are finite and the European goal of climate neutrality is still a long way off.

Youth Congress said that Chinta Jerome stayed at the luxury resort for three and a quarter years
Posted onFebruary 7, 2023

Is shampoo bad for your hair or not?
Posted onFebruary 7, 2023
Menu