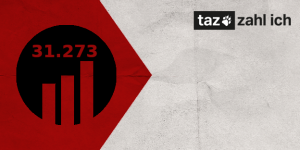 The numbers from last month are impressive: Our solidarity model has recorded an increase of 579 new registrations, which means that the number of supporters has risen to a total of 31,273. After deducting the 212 dissolved posts (cancellations, canceled direct debits), our community has grown to 367.

The monthly income generated through permanent or one-off contributions will be higher than ever in September 2021 and will exceed the 200,000 mark for the first time. At exactly 202,006 euros, they are only just under 3,200 euros above the previous month (August: 198,799 euros), but the increase over time is still considerable. For comparison: In September of the previous year the income was still at 149,319 euros, in 2019 even “only” at 103,627 euros, which means that our readership has doubled its financial commitment within just 2 years. 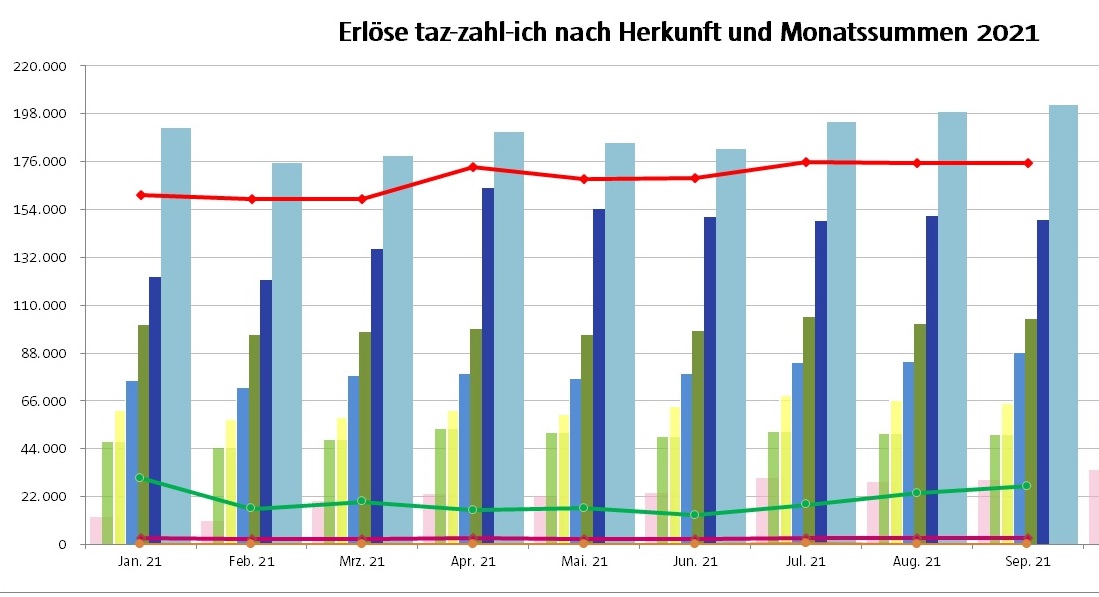 We’re really glad. Because every additional euro is proof that the willingness to pay for taz journalism increases and to appreciate it – regardless of the amount.

175,325 euros – and thus 86 percent of the income – come from the regular contributions; but the one-off payments also increased significantly and rose to 26,841 euros in September (August: 23,474 euros, July: 18,367 euros). While PayPal and direct debits are declining in terms of payment options, direct transfers in particular are growing significantly.

Exactly 10 years ago, in September 2011, we started to take a different path in the network. Instead of paying barriers, we rely on self-determination, eligibility and voluntariness. In the last 10 years this typical taz idea (everyone: r pays according to their means) has become a fixture in the financing of our journalism.

For us and our readers, it is about a solidarity-based form of participation, independence and critical journalism for everyone – because non-payers can also read. You can’t repeat that often enough.

If you want to take part, you can register here and be there.