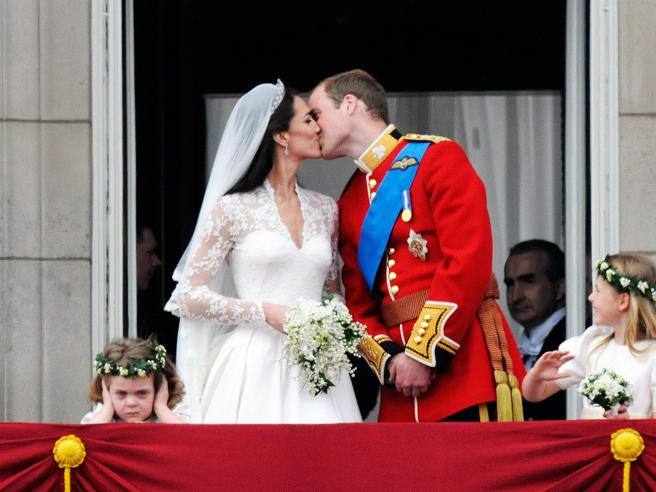 From the kingdom of the fairytale to that of the Windsors, baptized by King George V in 1917. It is the parable of William and Kate, from the wedding celebrated with the magic of a contemporary fairytale on April 29, 2011. So, if 2021 is already in story for Harry and Meghan’s farewell to Buckingham Palace, with the TV interview that created a perhaps irreparable fracture with the royal family, on the contrary that of William and Kate’s increasingly evident entry into the palace. 2021 brings the honey of the first 10 years of marriage of the Dukes of Cambridge who left at the beginning of the year from London’s Euston Station for a tour of the country as a sign of solidarity with those who were at the forefront of the battle against Covid19. And even if in Edinburgh, to tell the truth, they clashed with the cold reception of Nicola Sturgeon, First Minister of Scotland (for having violated the limits of the anti-Covid movement, albeit with a noble cause), it was the start of a new season for the couple.

William and Kate, with their love ready to celebrate 10 round years of marriage, for Elizabeth II passed through the separation and then the divorce of Charles and Diana, are the confirmation that for the future he can sleep peacefully. The crown is in good hands, the couple have already fulfilled their promise of being able to ferry the Windsors into the future. And without trampling on tradition. In short, looking to the future, rejuvenating the formula of the British monarchy as Diana had already begun to do, but without Lady D’s impetuousness. On the contrary, with Kate’s kindness, sense of proportion and role. After the second annus horribilis (the first was that 1992 summarized by the queen in the now historic speech delivered at the Guildhall in London), a season of rediscovered serenity. Also because before the thorns of the pandemic Her Majesty’s serenity had already been pricked by the thorns of Harry’s great refusal and Meghan decided to create a life outside Buckingham Palace, and from those of the Epstein scandal that forced Prince Andrew, the favorite of mother Elisabetta, to step aside.

In ten years, Prince William progressively entered the role of future Prince of Wales (when Father Charles took the reins, after Elizabeth). And the data from the latest You Gov polls confirm the consensus that the young prince enjoys in the United Kingdom. The result of years of silent apprenticeship, with no rush to get into the spotlight. On the contrary, with the desire to live “everyone’s life” as long as possible, first in the house shared with Kate near the Anglesey base (where he was in force in the air ambulance services), then in Norfolk.

The result today is a prince who spends himself every day with Royal engagements – many in smart working for the pandemic – but having in mind what is outside the building. If Edward VII – to quote an heir to the throne who, like William, knew from his birth the fate that would be reserved for him (it was not so for George VI and not even for Elizabeth: both discovered the fate of Edward VIII’s renunciation) – lived the youth projected towards the throne, William has lived everyone’s life up to now. A strong point. And also the clue that his reign will inevitably be different: more informal (inevitably) and above all more political (inevitably). Two signals? Over the years he has embarked on professionals from 10 Downing Street in his work team: Simon Case but also Christian Jones. And most recently Jean-Christophe Gray who worked with Conservative Prime Minister David Cameron. With all due respect to the Guardian, which a few weeks ago put the queen’s interference in politics under the lens. With all due respect to those who dream of Royal disconnected from current events, closed in their ceremonial role and that’s it.

The truth is their undeniable soft power, like it or not, as long as there is a monarchy it will be stronger and stronger. And Kate, the commoner married ten years ago after a long relationship (already a novelty in a Royal world accustomed to weddings decided at the table), has had her role. Determined to leave her mark, but without Meghan’s protagonists and not even Diana’s impetuousness. A future queen perfect in evening dresses, like in the Barbour and boots with which a week ago she showed up at Clapham Common to testify with a bouquet of flowers collected in the garden of Kensington Palace her proximity to the problem of women’s safety. Another political message, directed to Downing Street. At the helm of the Royal Foundation – started in tandem by the Cambridge and the Sussex, and now run by William Kate – meanwhile another heavyweight has arrived: Lord Hague of Richmond.

A “study” reveals a famous fruit that protects people from sunburn and skin cancer…and the amount allowed per day
Posted onDecember 6, 2022

Michel-Édouard Leclerc warns of a “tsunami” of price increases in 2023
Posted onDecember 6, 2022
Menu