Tesla vehicles are most involved in independent accidents 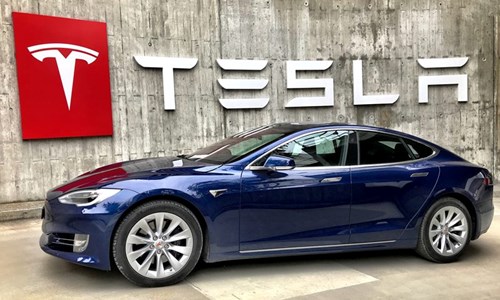 According to data released this morning, Tesla vehicles are twice as involved in accidents than regular vehicles | A source in the automotive industry: “Drivers have difficulty adapting to the different performance and driving of an electric vehicle, and lose control of turns”

Smart cars? Tesla Model 3 vehicles are twice as involved in road accidents than other vehicles. This was reported this morning (Wednesday) in the “Mammon” supplement of Yedioth Ahronoth.

According to the data, on average, one in 10 new cars arrives for repair in a garage following an accident in its first year on the road. In the case of Tesla this is one in 5 cars, with the vast majority of accidents being self-inflicted accidents.

A source in the insurance industry who examined the data estimated that the accidents were due to the difficulty of the drivers to adapt to the performance of the Model 3. After also its basic model accelerates to 100 km / h in less than 6 seconds.

“Drivers enter a turn at a higher speed than they are used to or have planned, lose control and collide with fences and pillars,” said a source who examined the data.

Tesla currently has only one body shop in Holon, and it operates at high loads for a number of reasons: the high accident rate, the need to replace the cracked rear window in many of the models made in the US and not installed well, mainly due to large sales, far beyond initial estimates.

Purchase budget to be given to Rangnick: £ 100 million

Ben & Jerry’s Israel on the decline in...

The Airbnb CEO will now only live in...

Rada estimates that its revenue in 2022 will...

Because of Airline Concerns: Delay in 5G Deployment...

The investment adviser at the bank broke the...

Theft: $ 11 billion worth of digital coins

The court arrested the assets of Rusagro and...