That vice that is plundering the beaches of Sardinia 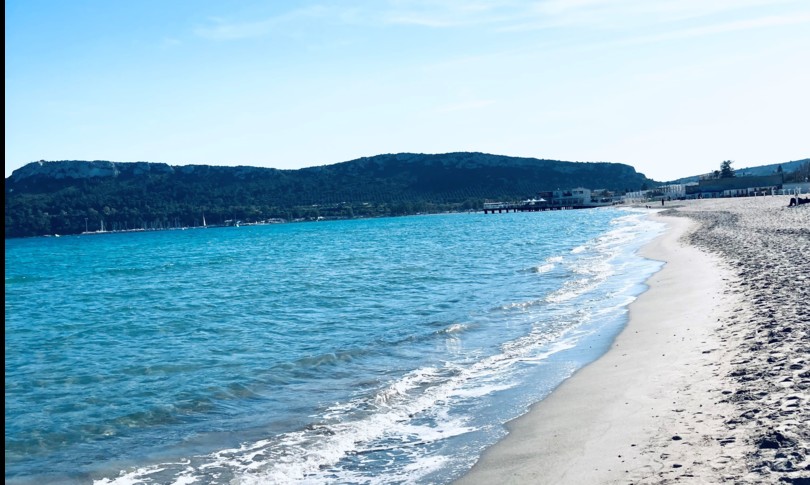 Time.news There are those who have tried to take home kilos and kilos of sand, as well as shells and pebbles, but there has been no shortage of tourists who have tried to leave Sardinia with more original forbidden ‘souvenirs’, for example a turtle or a stalactite, as certified by the increasingly frequent seizures at airports. On the island, despite sanctions, controls and awareness campaigns, the illegal habit of plundering its extraordinary beaches is unrestrained.

In the luggage of tourists, Italians and foreigners, customs officials, financiers and border police are finding everything. The latest documented seizures took place in the airports of Olbia and Alghero: from the first a French passenger 25 years old was ready to embark to go home with eight kilos of sand and pebbles in his suitcase. From Alghero, on the other hand, a Hungarian he was preparing to return to Budapest with two kilos of pebbles. Both have been sanctioned: a 2017 regional law punishes the theft of material from the beaches with penalties between 500 and 3 thousand euros.

In recent days at Cagliari airport have been 11 departing tourists fined: they returned to Rome, Bari, Milan, Genoa, Taranto, Arezzo, Bern, Madrid and Bucharest. For each one, the maximum sanction was applied, equal to 3 thousand euros. In their luggage, the security officers discovered 2.2 kilos of sand contained in plastic bottles, 512 sea pebbles, 740 shells and even a rock for over a kilo, stolen from the most popular beaches in Southern Sardinia during the holidays: Villasimius, Costa Rei, Perd’eSali, Santa Margherita di Pula, Carloforte and even from the Poetto of Cagliari.

They are destined to return to the beaches of Villasimius, another 250 kilos of sand, pebbles and shells, stolen by tourists (one thousand euros each fine), as reported last week by the group ‘Sardinia stolen and plundered’, born six years ago to inform about the findings of materials stolen from the beaches of Sardinia, with about thirty volunteers in the airports and other collaborators in the ports.

Always in July, to a 33-year-old tourist from Rome the police seized about two kilos of sand stolen from the Marina di Sorso beach in Porto Torres: the passenger was about to board a ferry bound for Civitavecchia. Penalty for the ‘souvenir’: one thousand euros.
Last June 315 grams of pebbles and precious shells, now increasingly rare on the coasts of Sardinia, were discovered in the luggage of a American passenger departing from Alghero airport for Pisa.

Last year in the two airports of Olbia and Alghero alone, the officials of the Customs Agencies intercepted over 80 kilos of ‘prohibited’ materials in the luggage of tourists. A ton of material, including stones, pebbles, sand and shells, was seized last summer at Cagliari airport. And who knows how much other stolen goods have escaped the controls. In 2019, in pre-Covid times, 6 tons had been seized in the Elmas airport alone.

The ‘Carry it to your heart’ campaign

In recent days, an awareness campaign has been launched, organized by the Customs Agency and the Sardinia Region. Testimonials of Portala nel cuore ‘are three well-known faces of Sardinia. The host Geppi Cucciari, the basketball player Gigi Datome and the actress Caterina Murino they shot four commercials broadcast on the social channels of the Agency and the Region, on the screens of the main Italian railway stations and on Sardinian TVs.

Perhaps it will serve to prevent initiatives such as that of a Turkish tourist who in September 2020 was discovered at Cagliari airport by the Polaria while trying to embark with a 57 centimeter long stalactite, probably almost 30,000 years old, detached from the Grotta del Fico in Baunei (Nuoro). Or the enterprise of a 45-year-old Calabrian tourist who, again last year, wanted to take home a protected specimen of Sardinian tortoise (Testudo marginata), according to him found on the side of the road during a walk. In that case, a complaint was also filed for violation of the provisions on trade and possession of specimens of fauna and flora threatened with extinction.