The 25 years of “Un posto al sole”, the soap that now risks being overturned by the time change- time.news 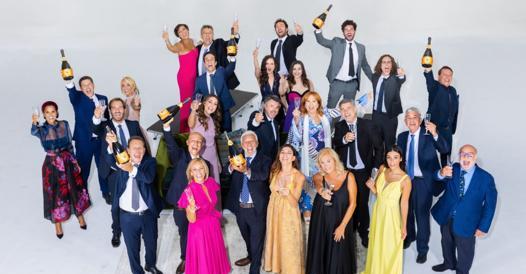 Patrizio Rispo and Marina Tagliaferri, protagonists since the debut, 25 years ago, of the longest-running soap opera on Italian TV

The Olive Tree coalition led by Prodi had won the elections, while Bill Clinton was preparing to be re-elected for a second term. The boss Giovanni Brusca was arrested as the material perpetrator of the Capaci massacre, Germany won the Europeans with a brace from Oliver Bierhoff, Bossi proclaimed the independence of Padania in Venice. It was 1996 and on TV it arrived A Place in the Sun. In the meantime, the Olive tree has fallen apart, Clinton is a memory, Bierhoff retired, Brusca on probation, the League has decided that he also needs the votes in the South. A Place in the Sun instead it’s always there, in its unchanged solidity with the actors who have now become of the same substance as their characters.

Since then, 5,799 have passed. The series – produced by Rai Fiction, Fremantle and Cptv Rai of Naples – intertwines the classic themes of the soap (love, intrigue, passions, revenge, jealousy, friendship) with everyday life and social issues. Of course psychologies are sometimes cut with the hatchet, the script a lot a kilo, the clapperboard as good as it comes because if you talk about 3 minutes a day at the cinema, here you have to get to 30 minutes, for aesthetic and formal research you have to intercom elsewhere. Yet, net of imperfections, the soap has entered the history of television and in the imagination of viewers, an endless film that does not include an ending, with a historical core of actors there from the beginning: Luisa Amatucci (Silvia) and Alberto Rossi (Michele), Guido Del Bue (Germano) and Marzio Honorato (Renato). Even if it could be a bitter birthday because there is a whispers of a change of time (at 6.30 pm, to make room for a new information strip entrusted to Lucia Annunziata) that would break an established habit.

Patrizio Rispo plays Raffaele Giordano, the goalkeeper of Palazzo Palladini, from the very first hour: “More than a soap, A Place in the Sun it has always been a real drama; over the years it has become not only a fiction to see for its dramaturgical contents, but it has transformed into a parallel reality: people have been spying on us, he saw us grow up with a kind of affection that goes beyond the stories we tell ». A phenomenon of custom that was modeled on the change of the surrounding reality: «One of the great merits is that of being closely related to the news, connected to the reality that we always tell in an optimistic and sunny way, returning a beautiful image not only of Campania but also of Italy ».

A Place in the Sun it can also be defined as a social fiction for having been able to weave thematic themes at the center of the public debate such as organized crime, drug addiction, stalking, bullying, gambling addiction, adoption, ecology: “Sometimes we even anticipated important issues such as gay rights or violence against women before they became media discussion topic. We have established a continuous dialogue with spectators who may not be attentive to newspapers or initiatives in the area. We have been ambassadors and vehicles for certain issues, leading to many discussions also on social networks where today many people follow us ».

Marina Tagliaferri, another historical figure in the cast, is the social worker Giulia Poggi (now as well his real dog was hired, in an ever more stringent interpenetration between fiction and reality). She too underlines the importance of adherence to reality: “The only time that there was no response to reality was precisely with Covid, but it was a considered choice, in months when we only talked about viruses, it was too much, the help was just not talking about it ». But it was an exception: «In a public meeting to raise awareness on the issue of violence against women, a real social worker revealed to me that a woman usually beaten by her husband wanted to escape but could not do it. He found the courage by following A Place in the Sun: If they can do it I can do it too, She said. It is good to know that we have infused strength, given hope; it is a great satisfaction and also a great responsibility. Here is the theme of hope is the strength of our product: we are neither good-natured nor overly bad, we are realistic with a touch of hope: we always give the idea that things can improve».

The fusion with the character is total. Tagliaferri explains: «He has given me a lot, feeling the affection of people you don’t know is a great gift. But perhaps the question should be reversed: Giulia Poggi should be asked how she found herself with Marina Tagliaferri“. Rispo ironically reflects: «People ask me to be what they know in fiction, they are disappointed if they see me with other attitudes and moods, so now I’m a bit like Raffaele Giordano in life. Let’s say that in 25 years of storytelling I have become a healthy bipolar, they are the fruit of what I was and what Raffaele is: now I am merged into a third identity». 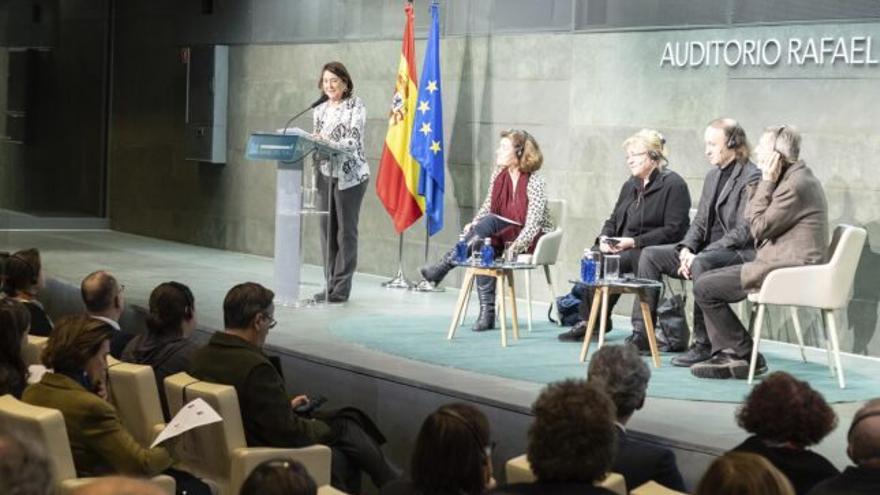 Manu Vallejo, the hero of Malaga: “This start reminds me of Cádiz, where I was happy: I want to find myself again”
Posted onFebruary 4, 2023February 4, 2023
Menu