The Anm against the government, “justice is not among the priorities for Covid” 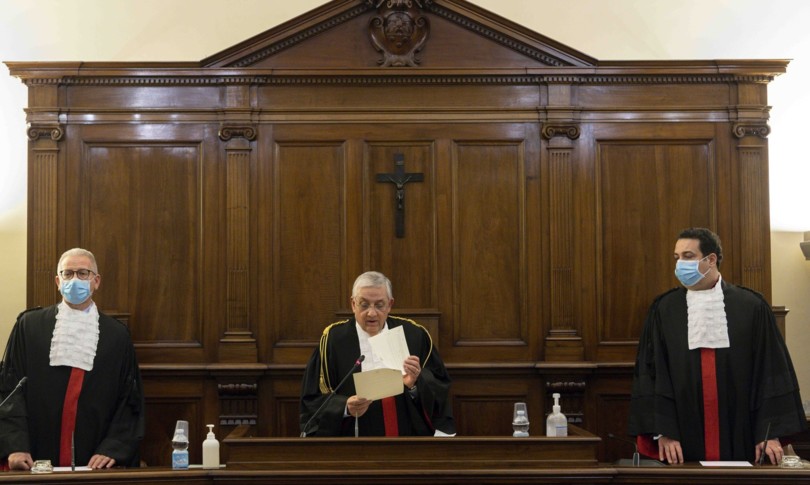 Time.news – TheNational Association of Magistrates he invited “the managers of the judicial offices to adopt, to protect health, vigorous organizational measures in order to immediately slow down all the activities of the respective offices, without excluding, in the most extreme cases, also the suspension of non-urgent judicial activity “. The invitation of the central executive council of the ANM is motivated by the government’s decision not to provide for a reduction in the pace of judicial activity in the light of pandemic and no longer including workers in the justice sector among the priorities for vaccinations.

The denunciation of the magistrates

Hence the invitation to slow down the activities “if regulatory interventions are inexplicably lacking, that the high and foreseeable number of infections and victims among legal practitioners impose, aimed at limiting judicial activity throughout the national territory “.

In the document, the togas union underlines that “it is news these days that the Government will extend the stricter measures to contain the risk of contagion, maintaining the closure of businesses on almost the entire national territory and the force of severe restrictions on freedom. of circulation of citizens “.

“The current epidemic situation – the magistrates point out – it does not differ much from that of a year ago and is, if anything, aggravated by the fact that the spread of the virus and the level of saturation of hospitals today dramatically affect the whole of Italy. However, while a year ago the temporary suspension of judicial activity was ordered (with the exception of a few types of urgent proceedings), currently in the judicial offices throughout Italy to work in the same way and with the same rhythms of the period prior to the pandemic, with the only precarious and unsatisfactory precautionary mechanism constituted by the emergency discipline, which however, although limited to some procedural activities and substantially insufficient especially for the criminal sector, is not even extended although its deadline is near ” .

Furthermore, the ANM leaders still observe, the “new strategic vaccination plan, modifying the guidelines approved by Parliament in December 2020, no longer provides, among the target population groups to be offered the vaccine as a priority, the workers of the sector justice”.
According to the Magistrates Association, therefore, “the Government considers the justice service to be of lesser priority compared to other essential services already subjected to vaccination, so as not to deem it necessary to strengthen the conditions that allow their continuation without exposure to danger for the operators “: a decision, this, which” in addition to arousing discomfort and bewilderment for the total underestimation of the essential and urgent justice service – the document reads again – appears to be in absolute antithesis with the objectives of reducing the times of trials imposed by the European Union and recalled by Minister Cartabia in the programmatic lines recently exposed to Parliament “.

This is because – concludes the Anm – the exclusion of the justice sector from the vaccination program, especially in a moment of serious resurgence of the pandemic emergency, will immediately impose a significant slowdown in all judicial activities that must necessarily be carried out in the presence, whence the iunavoidable lengthening of the process definition times“.

Undersecretary of Justice Francesco Paolo Sisto expressed understanding for the reasons for the togas. “The concern expressed by magistrates, lawyers and staff about the risk of contagion in the judicial offices is understandable and legitimate”, he said, “in this wake, I can only assure and confirm that the justice service is certainly no less than others essential services “. “The situation of those who work in the judicial sector deserves an urgent and useful study, which I undertake to urge, so that the pandemic emergency, which has already turned into an economic emergency, does not also become a catastrophe for the administration of justice”.