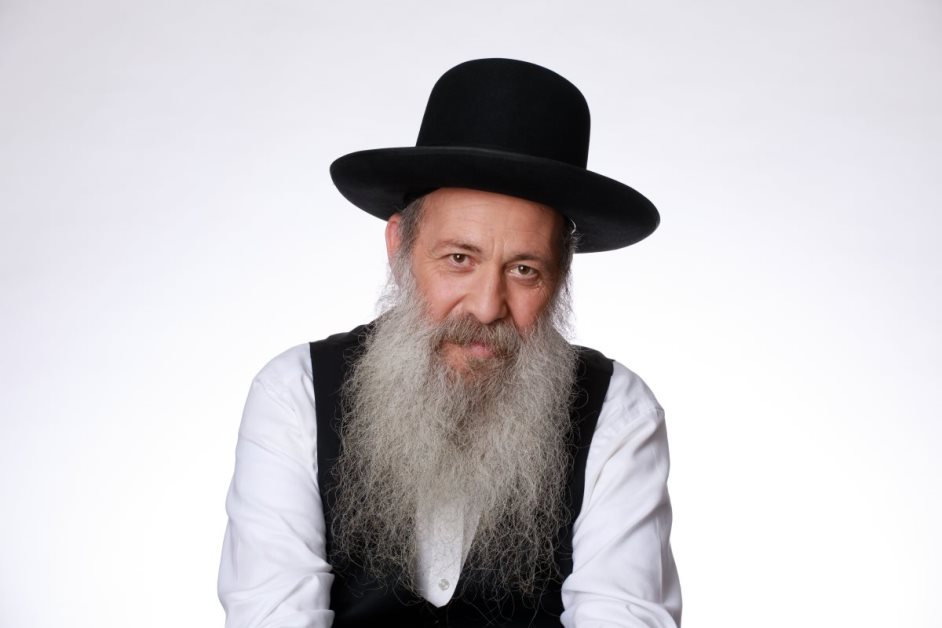 The poetry of Jalal al-Din Rumi

Lovers of Persian and mystical poetry will enjoy an evening with the poet Binyamin Shabili who will read from the translated poems of the Sufi poet Jalal al-Din Rumi who lived in Antalya in the thirteenth century and whose poetry has become one of the most read in our time. In the show, the songs of the two giants of mystical poetry, Rumi and Hafez, will be played. Musical accompaniment and singing: Maureen is great.

The beauty queen of Jerusalem

Sarit will tell about the path that led her to write the novel, the sources of inspiration, the characters from her childhood in Jerusalem and the transformation of the novel into a successful and famous series broadcast on Netflix.

Hila Saada, one of the most prominent and talented actresses in Israel, will tell about her path to the world of acting, the world of television, theater and cinema and will describe the behind-the-scenes preparations for her exciting role as Rosa in the series “Beauty Queen of Jerusalem”.

These are Banai Gabri Uri and Baz, a musical entertainment show

Gavri Banai (“the tracker”) father and two sons in Uri and Baz, for the first time in an exciting and fascinating musical entertainment show. A trip full of nostalgic humor in the landscapes of his childhood, the city of Jerusalem, about the Nahal band, the band “The Roosters” and the highlight about “The Pale Tracker” – the entertainment trio that won the “Israel Prize” and is the most successful of all time. Come experience the memories anew.

The “Ashdodshirah” festival and the poets of Ashdod will open with a panel and discourse on the holy and the holy and as a tribute to the poet Erez Biton, recipient of the Israel Prize for Hebrew literature and poetry. Among his books: Moroccan Menachah, The Mint Book, A Bird Between Continents, Solika and more. In the second part of the evening, Erez Biton – the guest of honor – will speak and recite poetry from his new book “Tafrim”.

Shuli Rand, in a special show that includes the best songs of all time, starting with ‘Pukka Tova’ and ending with ‘Tsou and again’. The best songs of the last album, ‘Rtsou and Shub’, ‘De Bnei Ahovi’, ‘Haspina’, and of course the big hits of the last period – ‘Bin Kodesh Le Hul’, ‘Oker Harim’ and other special performances of well-known Israeli classics.

The creator who succeeded in uniting Jewish music and Israeli culture and influenced an entire generation of young musicians, brings his important work to the front of the stage in an intimate and exposed performance. With phenomenal playing abilities, Shuli Rand performs each song as a kind of story and each piece stirs skin and sinews in front of the captivated audience.

Yonatan Razel, a singer, composer, pianist and conductor by training who was born in the USA and grew up on the combination of international music and the poetry of Nachalot and Mahane Yehuda. Yonatan comes to be hosted in an intimate meeting with the singer Shuli Rand especially for the Ashdodshira Festival among his wonderful works: ‘Katnati’, ‘And she stood’, ‘God’s part’, ‘among the sounds’ that were integrated into the soundtrack of the renewed Israeli music.

A special price for residents of Ashdod, you must enter 7 with the coupon number without the digit 0 . Purchase tickets on the website of the municipal company www.ironit.org.il

The main panel moderated by the writer, journalist and media personality Shay Golden in a discussion about poetry that walks the delicate seam between the profane and the sacred. Mayor Dr. Yehiel Lesri, one of the founders of the Israeli Andalusian Orchestra, Ashdod, and the Israel Princess will participate in the panel.

Shai Golden is a writer with a bachelor’s degree in comparative literature and a master’s degree in Hebrew literature, an Israeli journalist and television personality.

Prof. Habiva Pedia, poet, writer, researcher of Kabbalah and Hasidism and critic of culture and art. One of the pioneers of the revival of piyot in Israel and a full professor in the Department of History of the People of Israel at Ben-Gurion University of the Negev.

Over the past two decades, she has created about five musical shows that have appeared at various festivals. Edited the book “The Poet as a Cultural Window” wrote the essay “It’s Time to Say I’m Different in Hebrew Poetry” and other reviews of poetry and literature.

Aggie Mashool, A poet who wrote seventeen books. Behind her is a series of literary awards, including the Yehuda Amichai Award and international awards. Aggie Mas’aul ran the poetry school of ‘Halikon’, the association for the promotion of poetry in Israel.

Tamir Greenberg, poet, architect, playwright and director of “Shankar” engineering college. He published four books of poetry, his poems and plays were translated into many languages.

Eden Abitbol, Poet, screenwriter, columnist in the first source and recently saw the publication of his second book of poems “Pargod”.

Yoram Gaon – I am here (tickets sold out!)

Winner of the Israel Prize for Hebrew singer performing especially for the Ashdodshirah Festival. Yoram started his career as an actor in the Nahal band and only later became a singer in the Rooster Band. Later, Gaon was a member of the Gesher Yarkon Trio and participated in the musical “Cazabalan”.

Come and get excited with us with the well-known and good songs of the beautiful Land of Israel.