the awareness campaign to “network” against sarcomas has started – Corriere.it 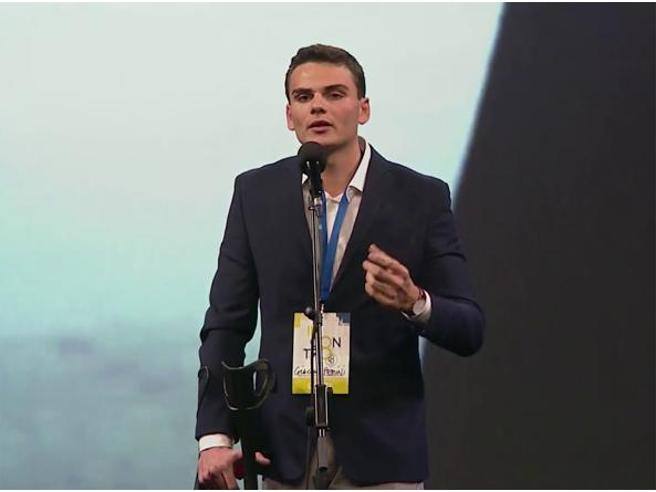 They develop in muscles, subcutaneous connective tissue or bone and can affect people of all ages. Sarcomas are rare cancers, of which there are about 100 different subtypes, some typical of children, others more frequent in adolescence, others still occur mainly after the age of 60. They are potentially aggressive and are often discovered late, both because they are little known and because they are difficult to identify: in fact, they do not present specific symptoms in the initial phase and are easily confused with less serious and very frequent pathologies. An early diagnosis is fundamental, as well as being treated in a specialized center, to have a greater chance of recovery. In order not to leave patients and families alone and build a network of communities around them, alJuly, international sarcoma month, the Trust Paola Gonzato – Rete Sarcoma Onlus promotes and launches the 2021 information and awareness campaign Let’s make a network against sarcomas: the importance of the network, the value of research and the role of institutions.

Symptoms not to be overlooked

Taken together, with about 3,500 new cases per year, sarcomas represent only 1% of all malignant neoplasms diagnosed each year in our country. Different from each other mainly for the degree of aggression, as well as for the site in which they develop, these neoplasms affect muscles, cartilages, blood vessels, adipose tissue, as well as bones. Overall, among pediatric and adult patients, survival reaches 70% if diagnosed early, while it drops a lot if the disease is discovered when metastases are already present. To make the diagnosis of these tumors complex due to the fact that initially sarcomas are often initially mistaken for bruises, hematoma or for common and non-worrying benign tumors such as lipomas. It is necessary to be seen by a doctor, without delaying too much, in the event of a persistent swelling with a diameter greater than 5 centimeters to investigate whether it is a soft tissue sarcoma – he explains Paolo G. Casali, director of Medical Oncology 2 at the IRCCS National Cancer Institute (Int) Foundation in Milan -. Pain, predominantly nocturnal, in a specific location without a recent trauma, or a bone injury that causes pain and limits movement, or a bone fracture in the absence of trauma should make us suspicious because they could be a sign of a bone sarcoma. If deemed necessary, ultrasound, radiography and other tests will help to arrive, together with the biopsy, to the diagnosis.

For diagnosis and therapies, which are very complex and require specific skills, it is advisable to contact highly specialized centers: there are few of them, because as these are rare diseases, there are also few patients, but a network is being created. National Network of Rare Cancers, which connects the multi-specialized centers of reference to others able to take care of some parts of the care. This network is in turn connected to a European reference network, the EURACAN Network, coordinated precisely in Italy. The National Rare Cancer Network, established in 2017 as an institutional body of the National Health Service, has not yet been activated, while it is urgent to do so immediately – observes Casali, coordinator for sarcomas in EURACAN and for adult rare solid tumors in the National Rare Tumors Network -, but the essential decisive step to solve the many critical issues in the treatment path of patients with sarcomas. It may also limit health migration because the patient moves less, while their clinical information moves more. We have three priorities: identifying the centers of reference, creating the information system, ensuring the economic sustainability of the Network. As various statistics show, appropriate treatment, through the necessary specialist skills, from the very beginning of the disease significantly increases the probability of recovery.

The initiative and the testimonial rowing champion

Throughout the month of July, Trust Paola Gonzato – Rete Sarcoma Onlus promotes and launches the #facemoretecontroisarcomi campaign also on social channels with videos and infographics to promote with the aim of making sarcomas known, soliciting the institutional activation of the National Cancer Network Rare, building a “community” around patients and family members, promoting scientific research. Sarcomas add the complexity of rarity to that of oncological disease – he highlights Ornella Gonzato, president of the association -: information is the basis for creating social awareness and making visible patients who find it more difficult than others to obtain correct diagnosis and appropriate treatment, with direct consequences on their lives, on the probability of recovery, on survival itself, information helps to orient themselves, to reduce fear, to avoid unnecessary alarmism and at the same time to immediately contact dedicated reference centers. This campaign aims to highlight that rare does not just mean: a community is growing in the area of ​​sarcomas. But we need to do more and immediately activate the National Rare Cancer Network and its connection, on the one hand, with the European Network EURACAN and, on the other, with the Regional Oncological Networks, the most concrete response that patients expect. An important support for the campaign comes from the world of sport with the support of the Italian Rowing Federation chaired by the Olympic champion Giuseppe Abbagnale, with the involvement as a testimonial of Giacomo Perini, Paralympic rowing champion, Knight thanks to the Republic, struck at 18 by an osteosarcoma of the leg. I chose to join the campaign because I firmly believe in the importance of networking – says the young athlete -. When something like this happens to you, being close to the people who are going through what you have already lived also serves to make sense of your own experience. it is important to be able to help, lend a hand, pass on one’s experience and hope. This campaign was created to inform, to spread the culture about sarcomas, to know the stories of patients who have made it, to combine the experience of doctors and research. Raising awareness of the positive aspects is important for transmitting strength, optimism and giving hope.

Surgery is the main treatment of sarcomas and has changed a lot over the years – he clarifies Alessandro Gronchi, president of the Italian Society of Oncological Surgery (SICO) and head of Sarcoma Surgery at Int -: it is very integrated with chemotherapy and radiotherapy treatments to maximize local control and healing of the disease together with the preservation of the functions of the affected part, ensuring maximum functional recovery. We take into account that in the 1970s sarcomas of the limbs were only treated with amputation. Surgery progressively improved and in recent years there has been a lot of investment in the application of multimodal therapies. In the other locations it was learned to perform more radical interventions and to adapt the surgery to the different histologies, because these tumors in addition to being ubiquitous onset (therefore having an anatomical complexity because they affect various organs), also have a histological complexity because they are made up of so many different types, at least 70 histologies. And on the basis of the histology, the most suitable treatment is undertaken. Another revolution – continues Gronchi – involved the introduction of various kinds of reconstructive techniques, in particular functional reconstructions with the transfer of tendons, muscles and nerves for the recovery of function of the upper and lower limbs.
Also for children and adolescents who become ill with sarcoma, there are specialized centers in Italy where you can receive the best possible care, as he explains Franca Fagioli, coordinator for Pediatric Oncology in the National Rare Cancer Network and director of the “Regina Margherita” Child Pathology and Care Department and of the Pediatric Oncohematology Unit of the City of Health of Turin: There is a pediatric network made up of 49 Centers which are part of the ‘Italian Association of Pediatric Hematology and Oncology (Aieop) and we are working so that this becomes an integral part of the National Rare Tumors Network approved in 2017, in which, in addition to identifying the reference centers for these rare pathologies for both children and adults, we are systems that protect the patient, who is oriented as close as possible to his home.