The cathedral of Perugia will return to its original beauty 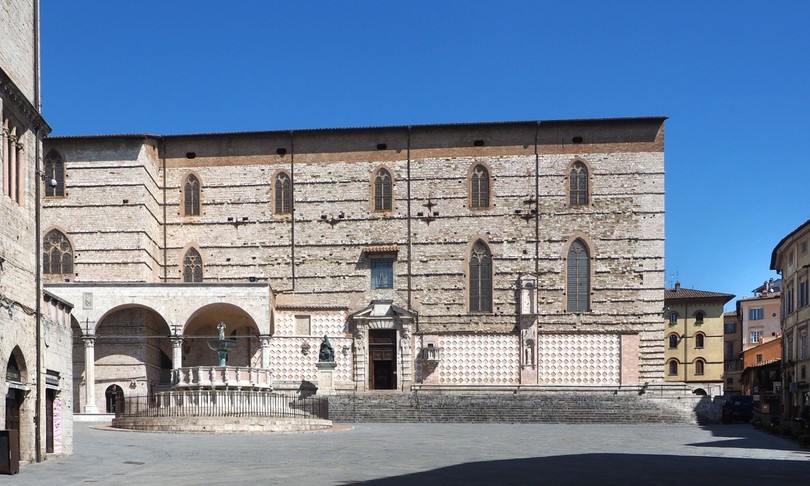 Time.news – Give a new look to Cathedral of San Lorenzo of Perugia, thanks to the restoration of the façade, which will allow it to restore its original beauty within two years.

The restoration project of the cathedral of the Umbrian capital was presented on July 15, commissioned by Cardinal Gualtiero Bassetti, archbishop of Perugia and Città della Pieve and president of the CEI, which took shape thanks to the economic commitment of the Brunello and Federica Cucinelli foundation. and the know-how of Eni Gas e Luce, which will offer the technical platform and support for the financial part, making it possible to take advantage of the 90% ‘facades bonus’ contained in the relaunch decree.

A project with a total value of 7 and a half million, as explained by the cashmere entrepreneur, which involves three steps. The first phase of work started already on 12 July and will be completed around the end of December.

The refurbishment of the cathedral, which for Cardinal Bassetti is a “spiritual symbol and nerve center of the civic life of the city, which unites all the people of Perugia”Is a sign of post-pandemic recovery.

“I hope this is a sign, the path that had not been done in millennia was done in a week – explained the prelate, expressing satisfaction for the rapid implementation of the plan – there was great commitment on the part of the foundation of Eni, to whom I express gratitude ”.

The funds were allocated by Brunello Cucinelli, who has been a patron in Umbria for years, financing the restoration of many monuments in his region. To preserve the beauty of the cathedral, considered “a jewel of humanity”, is for the entrepreneur “the realization of a dream. John Ruskin said – he continued – that the custody of monuments is an act of high morality and respect for history and it fascinates me to think that in this case what we are keeping is a very high symbol of art and spirituality of a whole people “.

But protecting our cultural assets “should animate each of us”. Eni Gas e Luce has made its partner companies available to carry out the works, but it will also take care of the supervision of the construction sites and will purchase the related tax credit, to offset most of the costs necessary for the implementation of the interventions, thanks to the tax deductions.

“We are honored to contribute to this initiative, thanks to Cardinal Bassetti’s foresight and Cucinelli’s patronage – said the company’s CEO, Alberto Chiarini – I know how much a monument of this type unites the whole city. Our company is attentive to the positive impact on communities “. The restoration of the façade of the church of San Lorenzo was born within the Eni gas e Luce ‘CoatMio’ initiative, which deals with energy efficiency and since the launch of the superbonus has led to the opening of almost 600 construction sites for 500 million investments.

The cathedral of Perugia was designed in 1300 and finished after a century and a half, but the external decoration was never completed. “It is one of the oldest sites in Italy, a building with a rustic, rough appearance – underlined Cardinal Bassetti – which recalls the precariousness of existence, the unfinished represents human incompleteness, which in God reaches fullness and splendor”.

The planned works include the conservative restoration of the front and side facades, the external staircase and the bronze monument to Julius III. There will also be interventions of cleaning of the stones, removal of some cement inserts applied as joints between the stones in old restorations that will be replaced with materials and methods compatible with the principles of conservative restoration and the historical-artistic importance of the monument.

The new superintendent of Umbria, architect Elvira Cajano, ensured full support for the project. “I tried to bring to the superintendency the desire to make our professionalism available to everyone quickly – he said – We managed not to waste time, to give our contribution immediately and this will continue even during the construction site”.

“It is a joint effort that can become a model for the conservation of the enormous heritage of churches and convents, not only in Umbria, but throughout Italy”, added Chiarini, “the impulse came from Cardinal Gualtiero Bassetti – he explained – but the plan was implemented thanks to the patronage of Cucinelli, the superintendence and Eni for the technical and financial part. There are many stakeholders in the field, it is important to export this model. For the economic, but also cultural, revival, we hope that more and more companies take territories to heart in order to be able to contribute positively “.

From 1 July, Chiarini recalled, Eni Gas e Luce is a ‘benefit company‘: “It does not mean that we do not want to make profits, on the contrary we will continue, but in our business we will look very carefully at the impact on communities and territories, trying to leave a positive footprint”.

“Since the superbonus has been active – underlined the CEO – we have opened almost 600 shipyards for 500 million investments”. Beyond the contribution to the revival of the economy, “we will also save 10 thousand tons of Co2 – he recalled – climate change is a threat, improving the quality of life of people and upgrading the building stock, saving energy and Co2 is something very important to leave the same opportunities that we have had to future generations ”.