The districts of our life: one hundred and five Florentines tell as many stories about their neighborhoods 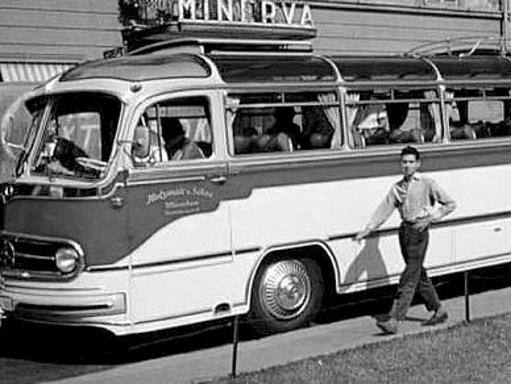 While we try to imagine what Campo di Marte will be like from here to the near future, dictated by the times of the PNRR, with the new stadium and the green and sports district, it is good for the soul as well as for the memory to search among the memories of city ​​that was those pieces of us and of our history that we have abandoned in some dusty chest. For example, by looking around the time when via delle Cento Stelle was not yet a collection of poems by Aldo Palzzeschi but only the street where a young astronomer with a great future grew up: Margherita Hack. Or when next to the Affrico an echo of the previous countryside still resisted, a last rural castle, and the Florentines were debating exactly as today whether the new square and rationalist church of San Zanobi e dei Santi Fiorentini were beautiful or ugly.

the Campo di Marte of the mid-sixties. Indeed, to be precise, the San Gervasio district. The art historian Cristina Acidini tells it in these few brushstrokes. She was born and raised in San Gervasio. She lived there until her marriage in 1977. She binds the memories of that quiet and civil suburbs to the figure of the railway worker grandfather who took her for a walk as a child in what at the time was an extreme edge of the city. He accompanied her to watch the trains from Ponte al Pino or to taste the bread from the first exotic baker in the area, an immigrant from the south of Italy, who for the culture of the time we could almost define as the bearer of ethnic cuisine.

The stories of Cristina Acidini they are just an example. One of the one hundred and five that make up a book, which is not a fairy tale, because it does not have a happy ending, but which is meant to refer to something that is fabulous from the title: Once upon a time there was a district in Florence. Edited by Fabrizio Borghini, this long and full-bodied dive into the memory of that Florence which until the 1960s still lived in its traditional districts, published by Masso delle Faste, collects 105 memories of as many Florentines who tell, in fact, the lost neighborhood realities.

One of them Carlo Conti. And his ward is not a ward proper, but a square. Indeed, not even a square. A widening: piazza Tavanti. Which Conti remembers as a self-sufficient microcosm when as a child, between the sixties and the seventies, he bought the first 45s from the electrician Biraghi, and his parents supplied him with blue sandals with the eyes of Piero the cobbler. Then there were the daily rituals, from the district: breakfast at the Vannucchi bar, milk at Baroncini. And it is impressive to hear him list five cinemas and two summer arenas – one where the Rifredi Theater is now – within a few streets. Now there are only the Flora in Piazza Dalmazia and the Adriano just in front of the clearing.

Some of the authors are well-known names, such as the host of Rai 1 in fact. Others less. Among the first we find Marco Vichi who tells about Santa Maria Novella, indeed the two Santa Maria Novella, the square and the station, where the writer of Commissioner Bordelli was born and raised, who recalls the colorful electoral campaigns of the 1950s and the dog Brio. And again the director Cinzia Th Torrini who from Badia a Ripoli tells the story of the last of the boatmen, Berto. Then Marco Masini with the Ponte Rosso, between two kicks at the Horticulture and the trains – he too – at the level crossing. And then the former Rai Marcello Lazzerini, who was born at the Central Market, with a trip, his very food and wine, between taverns and curiosities, like the mistake in the family for which they have always blamed him: on the day in which was born, due to anxiety and excitement, the Milanese cutlets were sautéed in sugar.

The biker Roberto Poggiali talks about via Arnolfo and the Salesian neighborhood. By the way: a photo of 27 March 1960 taken at the Salesian oratory before a Fiorentina-Juventus, shows an Omar Sivori acclaimed by the supporters of the two teams long before they began to hate each other. Luciano Artusi could not miss when it comes to flavors, in his case those of San Pierino, where he was born exactly 90 years ago. There is also the president of the Region Eugenio Giani among the authors: his district between Soffiano and Legnaia and he is a kind of boy from via Gluck of Celentanian memory. And obviously the curator and coordinator of the project: Borghini tells about the Poggetto, the Flog, which has recently returned – ouch – to the headlines for the decision not to reopen the concert hall after the two-year stop due to the pandemic. In Borghini’s experience as a child, however, names and nicknames, appellatives and endearments, of the Florentine oral tradition, of the football matches that were consumed there at the Poggetto, are the masters. The reading proceeds like this, by chapters, by places and characters. They are personal memories, of architecture, shops, atmospheres, images, families. A very lucky book, already in its third reprint: over 4 thousand copies sold. And the Municipality of Florence also wanted to do its part for the memory: the commissioner Cecilia Del Re announced the intention to plant 105 trees in the 105 districts of the book with the names of the authors. Through the Qrcode you will be able to hear the stories from their own voice.

In addition to the memories, they are the photographs, strictly in black and white, rare, suggestive, full of details and ideas, the great added value of this publication. Also because they are largely unpublished, coming from the family albums, from the shelves of the same one hundred and five storytellers who collaborated in the drafting of this Florentine amarcord.

If you want to stay updated on the news from Florence, subscribe to the Corriere Fiorentino newsletter for free. It arrives every day straight to your inbox at 12 noon. Just click here