The docuseries of Donne Luce. The stages of this journey behind the camera 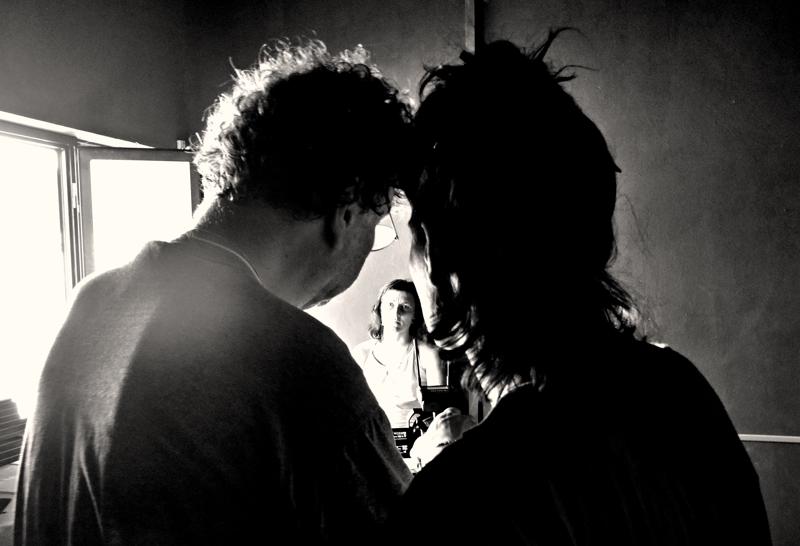 DONNE LUCE: THE DOCUSERIE THAT CELEBRATES THE AWAKENING OF THE FEMALE. — Macrina Binotti, creator and director of the project, e Mario Liguigli, co-producer and DoP, tell us how Donne Luce was born and what the next stages of this journey behind the camera will be. When was the first time you felt you had to choose between dark and light? This is the fil rouge of Donne Luce, una docuserie who, through a profound and cathartic language, tells and connects stories of real and extraordinary women to each other; women who tell about crucial moments in which you are at a crossroads, when choosing between dark and light can completely transform your whole life. The project conceived and directed by Macrina Binotti and filmed by Mario Liguigli, co-producer and DoP, is divided into episodes of 20 minutes each, belonging to sagas of 60 minutes.

“Donne Luce retraces Italy, a country that seems to have stopped, but which is actually shaking among the ashes. This project aims to inspire, make visible and stimulate the birth of new realities on the territory, starting from the story of courageous women who question themselves e they transform their condition of life starting from themselves and often supporting themselves the one with the other. It is a project intended for those who with curiosity ask themselves questions beyond the usual, to those who have need for stimuli, for those who want to start over, for those who want to question themselves, those who feel in difficulty and do not know where to start, to researchers, ai young people, the elderly, adults” Macrina Binotti declares.

“To tell about Donne Luce it was necessary to take a leap, to dare, to put ourselves completely on the line in a new way: to enter the homes and lives of these women, sleep with them, wake up with them, eat at their table and become familiar with the their children, with friends, spend the nights talking, opening spaces of deep confidence and intimacy, without following timetables, a flexible plan, open to total improvisation and availability on our part. Only in this way, we said to ourselves, can we enter their lives, have access to the truth and transparency of their story, and tell of its boundless beauty and depth ” declares Mario Liguigli.

“Why light equipment? The light equipment has the same qualitative value as the choice of the light crew. A good and easy camera allows us not to embarrass the everyday spaces of the women we tell. Their experiences that live as if we were not present, allow the viewer to grasp the essence of the story we are telling” conclude.

The stories of Alice Bauco and Maura Gigliotti

To date Macrina Binotti and Mario Liguigli have self-produced two episodes telling the story of Alice Bauco: the effort of raising two daughters alone is the key to looking inside and reacting to the darkness that surrounds it. Being able to get back into the game in a circus dream at the age of forty is his redemption.

Per Maura Gigliotti, mother with two dependent children and a severe diagnosis of incontinence, reacting in the dark is to discover that she is not sick but has a gift that guides her in the discovery of sacred sexuality, training as a yoga teacher, tantric massage, seminars on the rediscovery of sexual pleasure as an evolution of one’s feminine and masculine.

“Why a man and a woman talk about this project? Only the two polarities united can fully describe this project, women’s eyes that reach intuitions, ideas, eyes that search and investigate beyond the visible, men’s eyes that take up every gesture, a scenario useful to bring those intuitions, those suggestions into the matter. which otherwise would remain in an etheric space. The two united energies tell the pains and disappointments of women who are experiencing a great turning point of opening, and doing it in front of a male and a female who cooperate is of great planning and cathartic utility. Also for women” conclude Macrina.

The theme of female awakening

The great goal of the project is to actively promote the theme of female awakening, proposing it in private and public spaces such as cinemas, theaters, clubs, festivals, associations, schools. The Donne Luce project proposes an innovative format: screening of the first two episodes, artistic performances of the protagonists and debate with the director and various guests on the theme of female awakening. To date, with the current anti-covid regulations in force, what the DonneLuceFilm team proposes is the streaming tour of the two episodes and the subsequent debate with the director and special guests

In the coming weeks, Donne Luce will launch a crowdfunding campaign with a collection target of 15,000 Euros. Thanks to the support of a bottom-up production, Mario and Macrina will be able to leave for Switzerland to shoot the episode of Samah Gayed, president of the OneDance Association.

Samah Gayed of Egyptian origin, perceiving itself fragmented for years between Egypt, Italy and Switzerland, it reacts to the darkness by transforming the shadow of mutilation and violence. To do this, she collects the painful experiences she goes through in her life, radically renewing them in a spectacular dance performance, which symbolically unites peoples. Through a cultural association, an independent radio and incisive actions of social activism, Samah Gayed shares her path, finally returning to feel the daughter of a world where separation does not exist.