The growth of manufacturing in the Eurozone is holding back, the lack of supplies weighs heavily 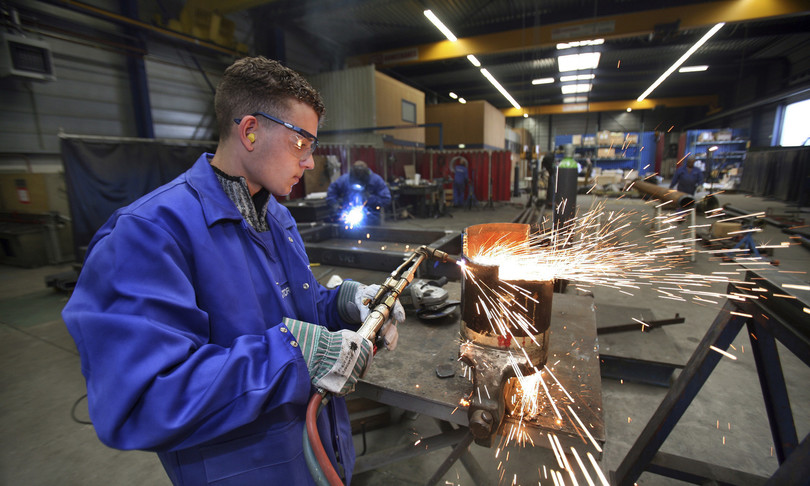 Time.news – Stops the growth of the manufacturing sector in the Eurozone, even if it remains above the 50-point threshold which, however, indicate an expansion of the business. Weighs the chip crisis. In Italy, even if hampered by delays in supplies, manufacturing is growing rapidly and remains solid.

For the euro zone, the final IHS Markit SME index fell slightly to 58.6 points from the previous flash estimate of 58.7, but the figure is considerably lower than the 61.4 points in August, recording the lowest level. low since February.

Nationwide manufacturing PMI data revealed as of September were the relatively smaller nations to have seen the biggest improvements, with Austria at the top of the rankings.

The Austrian economy was also the only one to observe the fastest monthly manufacturing growth, while in other countries there were slowdowns. At the same time, Germany saw the largest slowdown since August, with its main SME index plunging more than four points.

The collapse of the manufacturing PMI, explains Ihs Markit, was caused by the two main components of the index, new orders and production, which signaled considerable moderation in growth compared to August. In both cases, the expansion was still high, albeit the weakest in eight months.

At the same time, after strong growth rates observed in previous months, new foreign orders, including intra-eurozone traffic, increased at the slowest rate since January.

The supply disruption was one of the main obstacles to the September production schedules, while the weaker demand condition was another cause.

They continue to considerably lengthen the average delivery times of suppliers in Septemberi, with the extent of the deterioration which was also greater than that of August.

The shortage of electronic components and raw materials it was particularly widespread, and companies blamed low container availability and logistical problems in parts of Asia.

In Italy, the seasonally adjusted SME IHS Markit index recorded 59.7 in September, signaling the fifteenth consecutive month of improvement in the operating conditions of the manufacturing sector.

The leading index declined from 60.9 in August, “showing the slowest rate of expansion since February, but generally remaining fairly rapid.”

Lewis Cooper, Economist of Ihs Markit, stressed that “the latest data have highlighted yet another improvement in Italian manufacturing conditions. With a slightly lower monthly rate of expansion”.

However, “supply disruptions have continued to hold back the industry. Due to widespread material shortages and logistical problems, delays in deliveries have intensified. As a result, companies have been waiting for goods to complete their their orders, which, coupled with strong demand, has resulted in a new and sharp increase in capacity pressures. ”