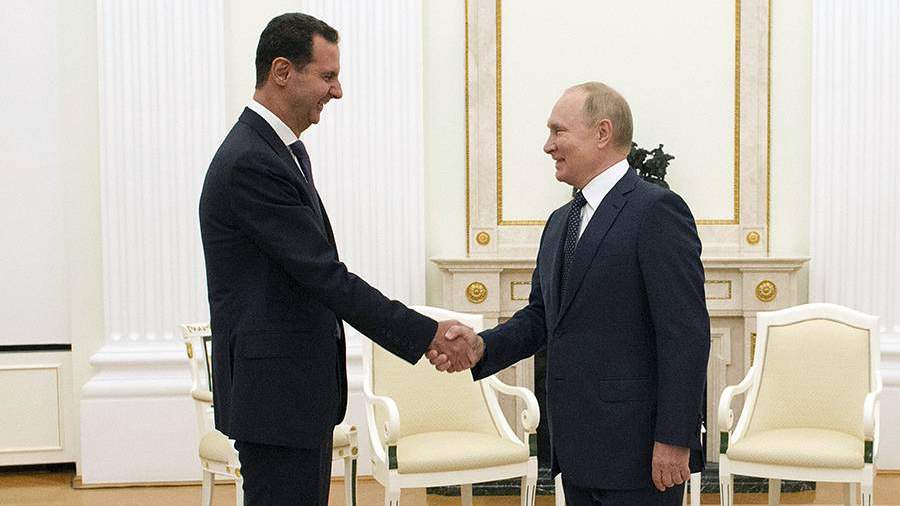 The press secretary of the Russian President Dmitry Peskov on September 14 did not confirm that the President of Syria Bashar al-Assad, with whom Russian leader Vladimir Putin met, was the person after the conversation with whom the head of state announced his intention to go into self-isolation.

Earlier that day, Putin announced that he was leaving for self-isolation in connection with the identified cases of coronavirus in his environment. As noted by Peskov, we are talking about several sick people in the president’s entourage. However, he did not elaborate on whether they were vaccinated against COVID-19.

According to the press secretary of the Russian leader, the head of state is absolutely healthy and there are no reasons for the introduction of special protocols in connection with his departure for self-isolation. He assured that isolation does not affect the intensity of Putin’s work. At the same time, all planned bilateral meetings have been “postponed until the next opportunity.”

As, in turn, said the general director of the center. Gamalei Alexander Gunzburg, Putin will have enough a week of self-isolation, but the specific time frame should be determined by the experts observing him. He also noted that in terms of medical instructions, the president did the right thing.

The meeting between Putin and Assad took place the day before, on September 13. Putin noted that the results of the elections held in Syria speak of the people’s confidence in the Syrian leader. Assad noted that it is a great honor for him to be present in Moscow and discuss issues related to joint tasks.

Large-scale vaccination is ongoing in Russia. The vaccination is given free of charge to everyone. Earlier, five drugs for coronavirus were registered in the country: Sputnik V, which became the first vaccine against COVID-19 in the Russian Federation and the world, Sputnik Light, EpiVacCorona, KoviVak and EpiVacCorona-N.

All relevant information on the situation with the coronavirus is available on the websites of stopcoronavirus.rf and access vsem.rf, as well as by the hashtag # We are together. Coronavirus hotline: 8 (800) 2000-112.