The nocturnal vaccination has started in the Fiumicino hub 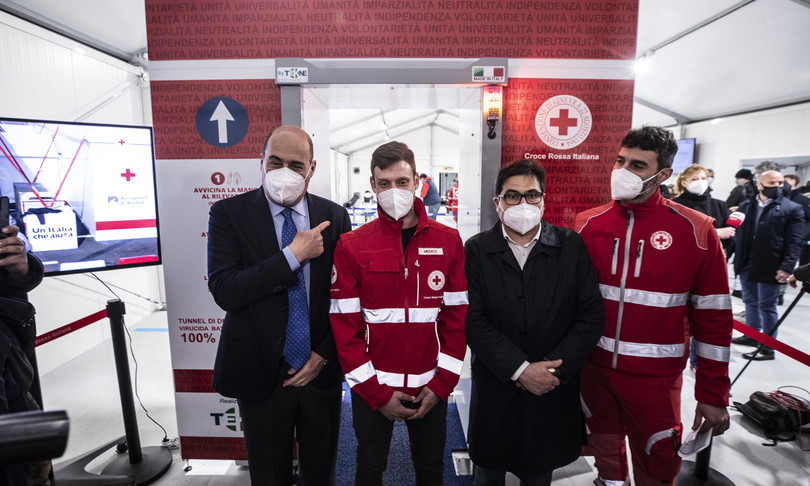 Time.news – “Tonight a new page opens, with the nocturnal vaccinations in this large hub from 8am until midnight. With more doses we will be ready to double and even triple the doses. We have reached the goal of reducing mortality which has dropped from 10 to 6%, almost halved. This means that the choice to protect the elderly has been correct and we are happy to have held the helm on the over 80s and have continued to go down by age group to minimize the risks. This must be the commitment of a civilized country“. This was said by the president of the Lazio Region, Nicola Zingaretti, on the sidelines of the visit to the vaccination hub of Fiumicino which will remain open from 8 to midnight tonight.

“We will open soon other centers like these, one of these – announced Zingaretti – will be under the Vela di Calatrava, in Tor Vergata, it is a symbolic place because it covers a large area of ​​the urban periphery and is on the border with the province of Rome “.

“We have chosen – he stressed again – the Israeli method: above all the age and some sectors of the state that must function: security and the world of education “. What does the Israeli method consist of?” I say this – said the president of the Lazio region – with a joke: resist the pressures of all and keep the point on ensuring a cadence by age, therefore concentrate on those over 80, do not accept those who want to skip the line, do not find excuses and insist on the criterion by age, except I repeat those very specific and clear categories: safety, health, the world of knowledge and the social world “.

The councilor for health of the Lazio Region, Alessio D’Amato, during the visa in the night hub said: “We look forward to the arrival of the single-dose Johnson & Johnson which, being single-dose, can make us take a further leap forward in the vaccination campaign. Of this vaccine we do not know neither the day nor the quantity of arrival, even pharmacies have joined for the administration. The machine is run in, the facts confirm it, in a few days we will reach one million vaccine administrations in Lazio “.

“Tonight it’s important: we extend the working hours for this vaccination center. We will do it – added D’Amato – for the rest of the structures but at the moment we cannot do it due to lack of doses. However, we have decided to give an important signal. Now we travel on the 26 thousand administrations per day, next week we will reach 30 thousand e we aim to reach 50 thousand as well as the project of the prime minister, Mario Draghi, and the commissioner for the coronavirus emergency Figliuolo, but to do this you need the necessary quantities of vaccine. We have reached the percentage of 91.5% between delivered and administered doses, in May there will be calls AstraZeneca and Pfizer and Moderna already underway “.” We are the first Italian Region – he concluded – to book vaccines for the 69-68 age group. It starts at midnight. ”

From the corona protests in China to the bankruptcy of FTX
Posted onNovember 28, 2022
Menu