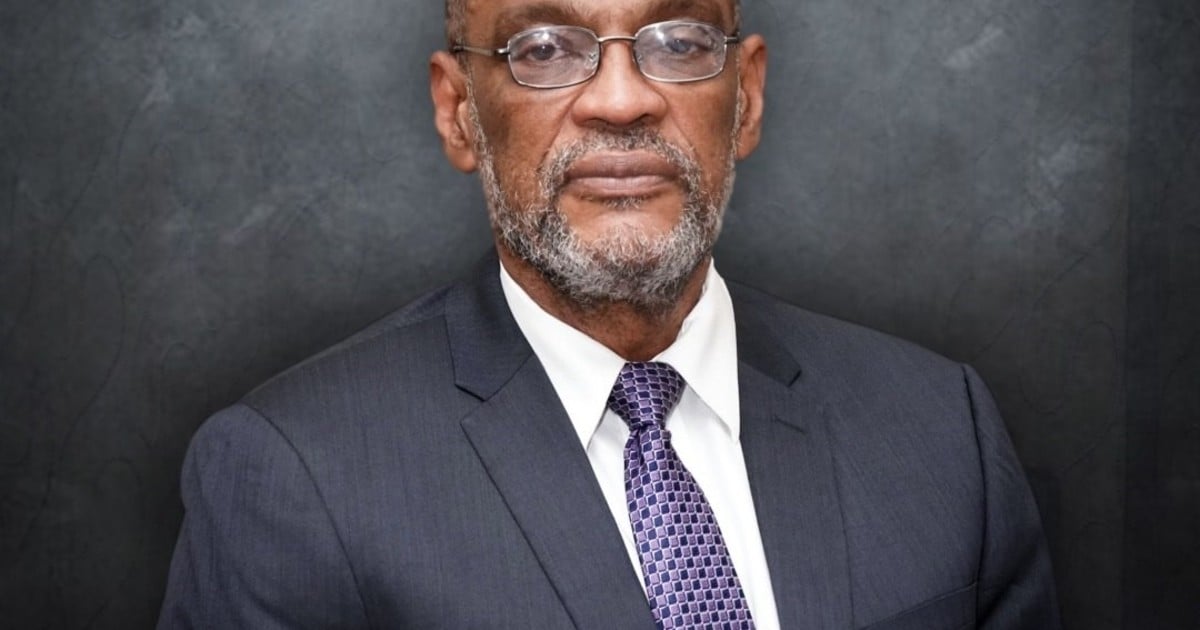 The prosecutor of Port-au-Prince, Bedford Claude, prohibited the Prime Minister of Haiti, Ariel Henry, from leaving the country for his alleged Involvement in the assassination of President Jovenel Moise, and asked to be investigated as a defendant in the case.

“Mr. Ariel Henry is prohibited from leaving the national territory by air, sea and land for the serious murder charges from President Jovenel Moise “, reads the letter from Claude addressed to Judge Garry Orélien, in charge of the investigation of the case, which circulates this Tuesday on social networks.

The letter is dated this Tuesday, when Henry must appear before the Prosecutor’s Office to “clarify” the calls made to Joseph Felix Badio, a lawyer suspected of participating in the planning of the assassination, the Europa Press news agency reported.

The wake of the president of Haiti, Jovenel Moise, who was assassinated last July. Photo: AFP

Claude invited Henry to the Prosecutor’s Office to collaborate with the justice in the file, although so far the head of government did not appear.

Last week, the same prosecutor sent an “invitation” to Henry to appear Tuesday to be questioned about the phone calls, a summons that was publicly disqualified by Henry himself.

The assassination case is currently in the hands of Judge Orélien, who is the only competent authority to call witnesses or defendants to testify or to decide who is suspected of the murder.

In another letter sent to the Directorate of Immigration and Emigration, the prosecutor requested that Ariel Henry be prevented from leaving the country “for serious presumptions of murder” by president Moise.

Discrepancies between senior officials have increased in recent weeks, as the media assured that the Prime Minister fired Bedford, the head of Justice Rockefeller Vincent and the secretary of the Council of Ministers, Rénald Lubérice.

None of those involved offered statements, although on his Twitter account Lubérice suggested that the provision is illegal.

Haitian authorities reported that 44 people are in custody for the murder, including 18 Colombians accused of being part of the command that murdered Moise, in addition to 12 police officers who made up the president’s security body, who did not react to the attack.

With information from the Télam agency