The Ski World Cup is about to start. Italy looks to the Olympics 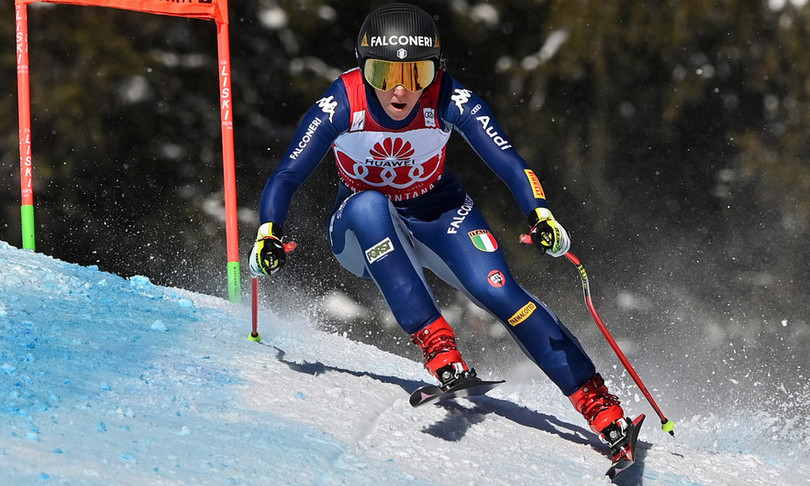 Time.news – World Cup and Olympic Games in Beijing, the long season of alpine skiing is about to begin. The opening of the 56th edition of the world circuit, renamed the White Circus, will be celebrated on Saturday and Sunday at over 3,000 meters. The location has been the same since 1993, the increasingly thin Rettenbach glacier, in Soelden, in the Austrian Tyrol, a few kilometers from Italy.

An edition of the Cup that will be interrupted by the Olympics and that in the men’s field, in the heart of the Christmas period, will make a stop in Italy with the four classic stages, Val Gardena, Alta Badia, Madonna di Campiglio and Bormio. The Pink Circus will be in Cortina d’Ampezzo in January, a location that hosted the World Cup without an audience last February.

It will be a Cup once again characterized by the anti-contagion rules from Covid-19 but the public can return to inflame the parterre of the races: on average 50% of the capacity. There will be a single bubble, the ‘red’ one which will concern the athletes who will have to undergo an antigenic pad even if in possession of the green pass.

The International Federation (FIS) does not want to take risks also because this season the teams will stay in structures where there will be tourists. The ski season will be possible, obviously with green passes and various restrictions.

The hopes of the blue team

From the sporting point of view, there are two objectives: the general (and specialty) World Cup and Olympic medals where Italy, more women than men, aims high.

There is something new compared to the past. The FIS has decided to remove the combined from the World Cup – downhill and slalom or supergiant and slalom – preferring parallel races. A decision that goes against the tide of the Olympic program where the combined is still planned.

The two holders of the crystal ball, the French Alexis Pinturault and the Slovak Petra Vlhovà, will try not to leave alone the general cup won last season. In the women’s field, the Slovakian champion, no longer coached by the Italian Livio Magoni who follows the Slovenians but by the Swiss Mauro Pini, will have to contend above all with the American Mikaela Shiffrin.

The American star, engaged to the Norwegian Aleksander Aamodt Kilde (winner of the Cup two years ago), will be the athlete to beat both on the tracks of the Cup and the Olympics. Versatility also passes through the Swiss Michelle Gisin and especially Lara Gut-Behrami.

In this group there are also the Italians Sofia Goggia and Federica Brignone, the first more sprinter and the second more supergiant who is also exalted on the jumps of the descent. Goggia, Brignone and Marta Bassino form the trio of wonders of blue skiing that every weekend can give you strong emotions.

The men’s cup has fewer contenders. Pinturault, specialist of giant and narrow poles, will have as main rival the Swiss Marco Odermatt. Last year between the two ended in favor of the transalpine for just over a hundred points also because three fast races were not disputed, thus hindering the Rossocrociato from winning other points. Kilde returns after injury.

Austria, short of polyvalent, will aim a lot for the general on Marco Schwarz who, however, is a thoroughbred slalomist. In the fast disciplines Austria will try to put together a Wunderteam (team of wonders) starting from Vincent Kriechmayr and Matthias Mayer.

In Italy, after Peter Fill, a true polyvalent has been missing for some years. Dominik Paris is a jet-man, with curves he has never had a particular feeling. The track on which the ‘snow rocker expresses himself wonderfully is undoubtedly the’ Stelvio ‘of Bormio, six wins, five of which downhill. Domme will miss Soelden and will go to the gate for the first time at the end of November in Lake Louise.

Then there is Christof Innerhofer, 36, a senator of the Italian team who will have as his first goal the qualification for the Olympics. Another veteran is Manfred Moelgg who at 39 will be competing again in slalom and giant slalom. This season we expect more consistency from Alex Vinatzer: too many slalom outings.

The women’s cup will arrive in Italy on January 22, in Cortina d’Ampezzo for a downhill and a supergiant the following day on the Olimpia delle Tofane; on the 25th he will move to nearby Plan de Corones for a giant on the Erta slope.