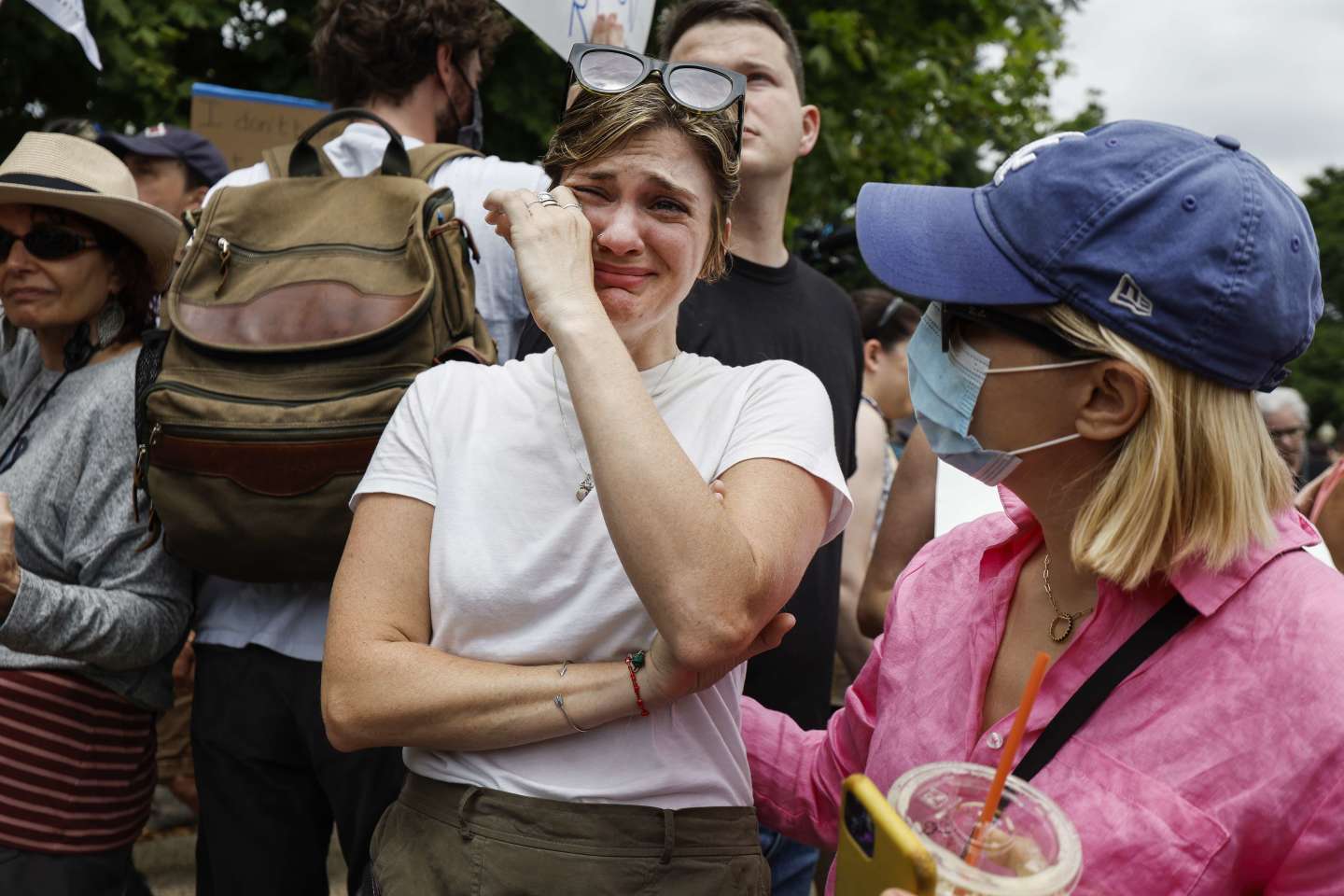 In a historic about-face, the Supreme Court of the United States annulled, on Friday June 24, the Roe vs Wade, which, since 1973, granted American women the right to abortion throughout the country. This decision does not make voluntary terminations of pregnancy (abortion) illegal but leaves it up to each State to decide whether or not to authorize abortion on its territory.

Read also: Abortion rights: US Supreme Court decision is “a terrible blow to women’s rights and gender equality”, according to the UN

Monday, May 2, the site Politico had published a draft decision from the highest judicial institution in the United States aimed at overturning this emblematic judgment. The 98-page text could be negotiated until June 30.

According to the Center for Reproductive Rights, about half of the states could ban abortion. According to the Guttmacher Institute, up to 58% of American women of childbearing age – or about 40 million women – live in a state that could deprive them of this right or drastically limit it.

“The Constitution makes no reference to abortion and none of its articles implicitly protects this right”, writes conservative judge Samuel Alito on behalf of the majority in the decision handed down on Friday. Roe vs Wade “was totally unfounded from the start” et “must be cancelled”he adds. “It is time to return the issue of abortion to the elected representatives of the people” in local parliaments.

This decision crowns fifty years of a methodical struggle led by the religious right, for whom it represents a huge victory, but not the end of the battle: the movement should continue to mobilize to bring as many states as possible into its camp. or to try to get a federal ban. It is also part of the record of former Republican President Donald Trump, who, during his mandate, profoundly overhauled the Supreme Court, bringing in three conservative judges (Neil Gorsuch, Brett Kavanaugh and Amy Coney Barrett), signatories of this ruling today.

Read also: Right to abortion: what is the Roe vs. Wade judgment, which set the legal framework for access to abortion in the United States in 1973?

The leading family planning organization has promised to continue to ” to fight “ to guarantee access to abortion, while former Democratic President Barack Obama denounced a “attack on the basic freedoms of millions of American women”. “For over a month we knew this day was coming – but that doesn’t make it any less devastating”he also wrote on Twitter.

For his part, former Republican President Donald Trump welcomed the Supreme Court’s decision in an interview with Fox News, saying that “everyone will find their account”. “It is in accordance with the Constitution and it makes rights [aux Etats] which should have been a long time ago”, he added. To the question of whether he played a role in the annulment of the Roe judgment vs Wade, Mr. Trump replied: “It’s God’s decision. “By returning the issue of abortion to the States and the people, the Supreme Court has corrected a historic error”for its part congratulated on Twitter Mike Pence, who was its vice president.

Several states have already announced that they are taking steps to ban abortion on their territory, in the wake of the Supreme Court’s decision.

The Attorney General of Missouri announced that this conservative Midwestern state was becoming the « premier » to ban abortion. “It is a monumental day for the sanctity of life”said Eric Schmitt in a tweet.

Missouri is one of thirteen states that had anti-abortion laws called “trigger laws” – literally “trigger laws”, a nickname given to a law that is unenforceable but can come into force when certain conditions are met. These have been designed to come into effect automatically, or at least quickly, if the Roe judgment vs Wade was canceled. This is the case of Missouri therefore, but also of Arkansas, Idaho, Kentucky, Louisiana, Mississippi, North Dakota, South Dakota, Oklahoma, Tennessee, Texas, Utah and Wyoming.

In the process, the Republican Governor of Dakota du Sud, Kristi Noem, announced that abortion was now illegal in this northern state of the United States, under a famous “trigger law”. Shortly after, the Republican Governor ofIndianaEric Holcomb, announced that he was summoning the legislature of this other state in the north of the United States to pronounce the ban on abortion as quickly as possible.

In contrast, the three progressive states on the West Coast, California, Oregon and Washington, have announced that they are jointly committed to defending the right to abortion.

The Supreme Court’s decision rekindles speculation about the fate of other vested rights – including same-sex marriage – due to the argument developed by one of the most conservative judges. “In future cases” also concerning respect for privacy, “we should review all case law”writes Judge Clarence Thomas, in a personal text that accompanies the decision.

Notably, he cites three cases in particular: Griswold vs Connecticut, of 1965, which enshrines the right to contraception; lawrence vs Texas, of 2003, which makes unconstitutional the laws penalizing sexual relations between people of the same sex; and also Obergefell vs Hodges, of 2015, which protects marriage for all at the level of the United States, which remains a priority target of the religious right.

Read also: Right to abortion: what consequences can the cancellation of the Roe vs. Wade judgment have in the United States?

According to Clarence Thomas, these jurisprudences being based on the same provision of the Constitution as the one, now invalidated, which protected the right to abortion, the Court “the duty to correct errors” that they had established.

It is for the moment only the opinion of a judge – out of the nine who constitute the highest judicial institution in the country –, and nothing says that he will manage to impose it on others. Friday’s decision, adopted by a majority of the judges, specifies that “nothing in this judgment should be interpreted as calling into question case law unrelated to abortion”.

“My heart goes out to the millions of American women who will lose their legal right to abortion. I can’t imagine the fear and anger you must be feeling right now.”, tweeted Canadian Prime Minister Justin Trudeau. “No government, politician or man should dictate to a woman what she can or cannot do with her body”he added.

Read also: Right to abortion: in which countries is it prohibited, restricted or threatened?

“Abortion is a fundamental right for all women. We have to protect him”French President Emmanuel Macron tweeted, expressing « [sa] solidarity with women whose freedoms are now challenged by the Supreme Court”.

The annulment of the Roe judgment vs Wade “is a terrible blow to the rights (…) women “, said the United Nations High Commissioner for Human Rights, Michelle Bachelet. More than fifty countries that had restrictive laws have relaxed their abortion laws over the past twenty-five years, recalled the former president of Chile. “Today’s decision moves the United States away from this progressive trend”she regretted. 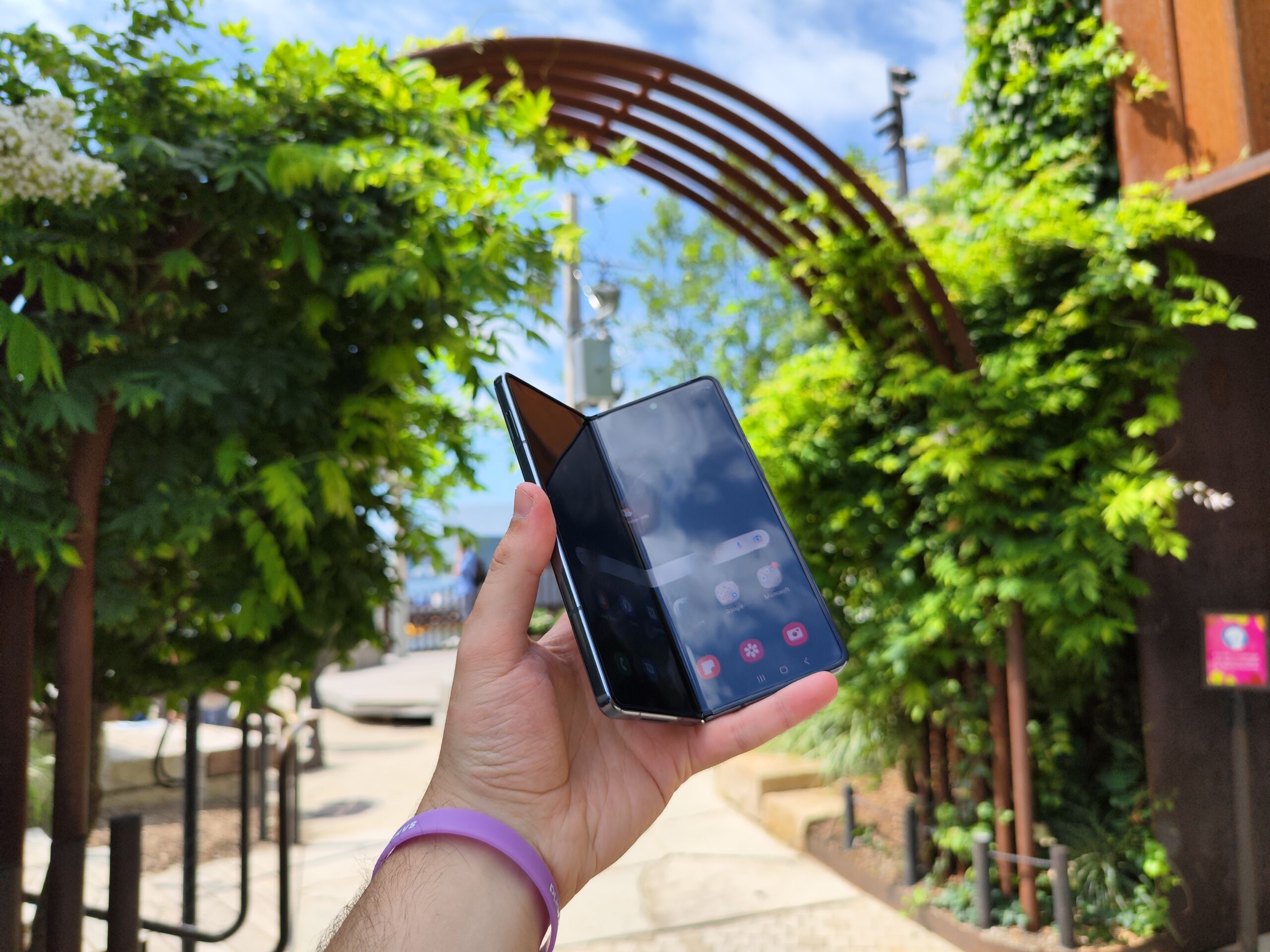 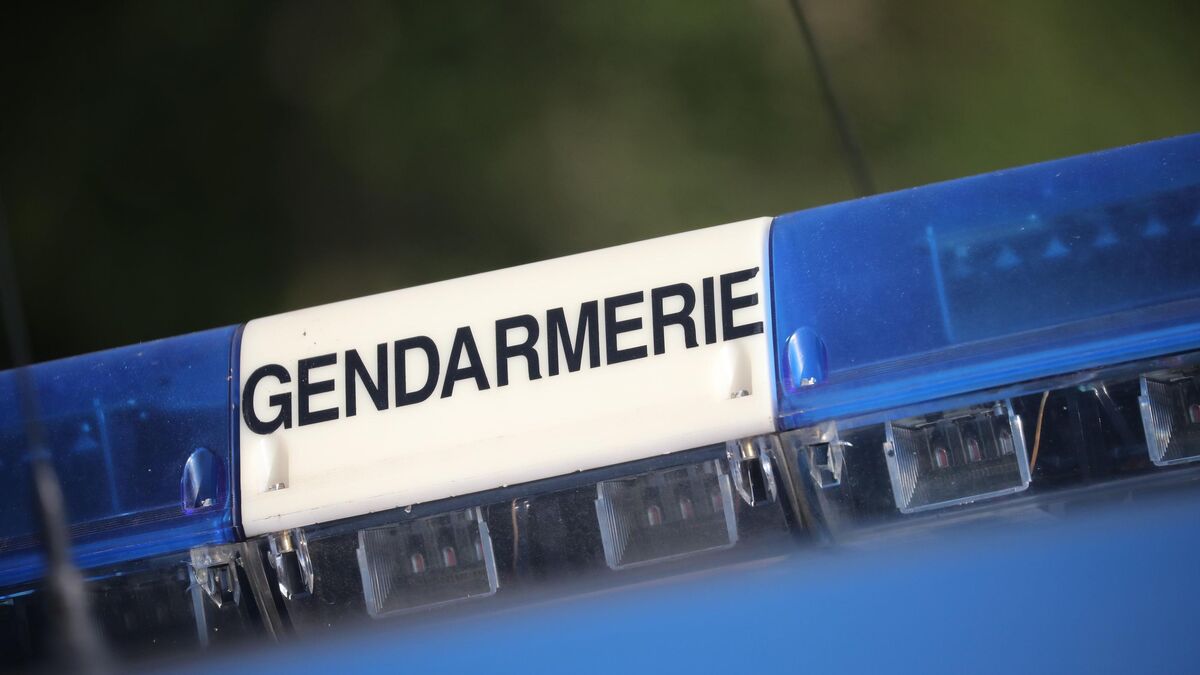 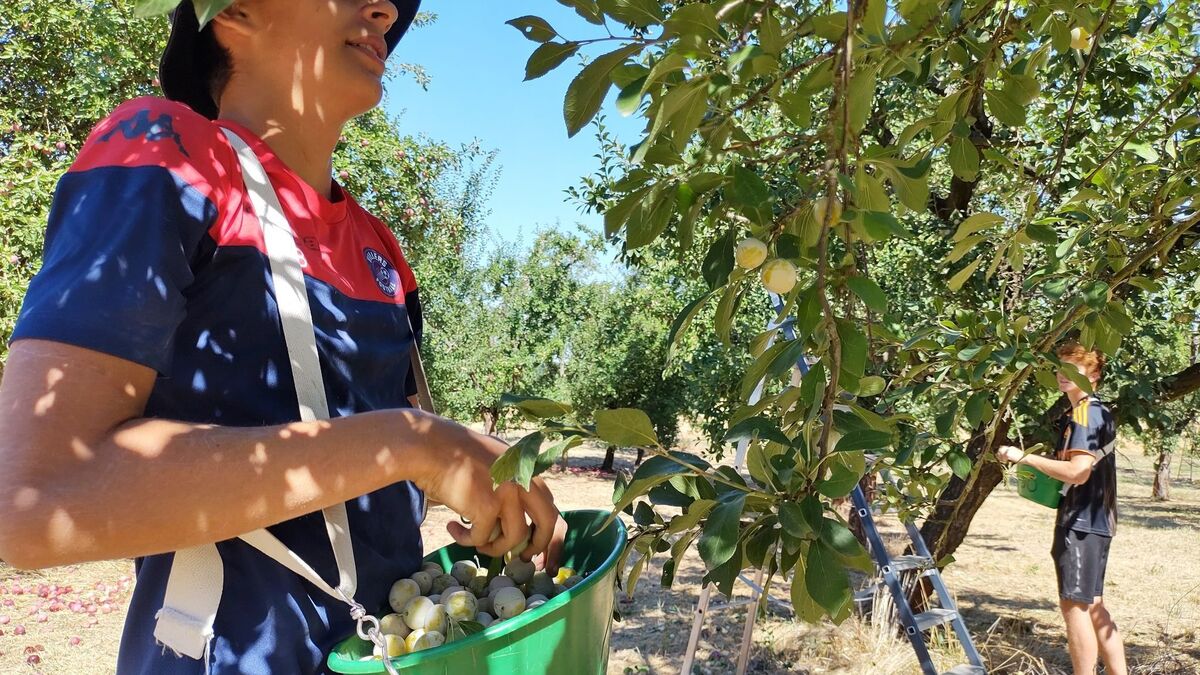 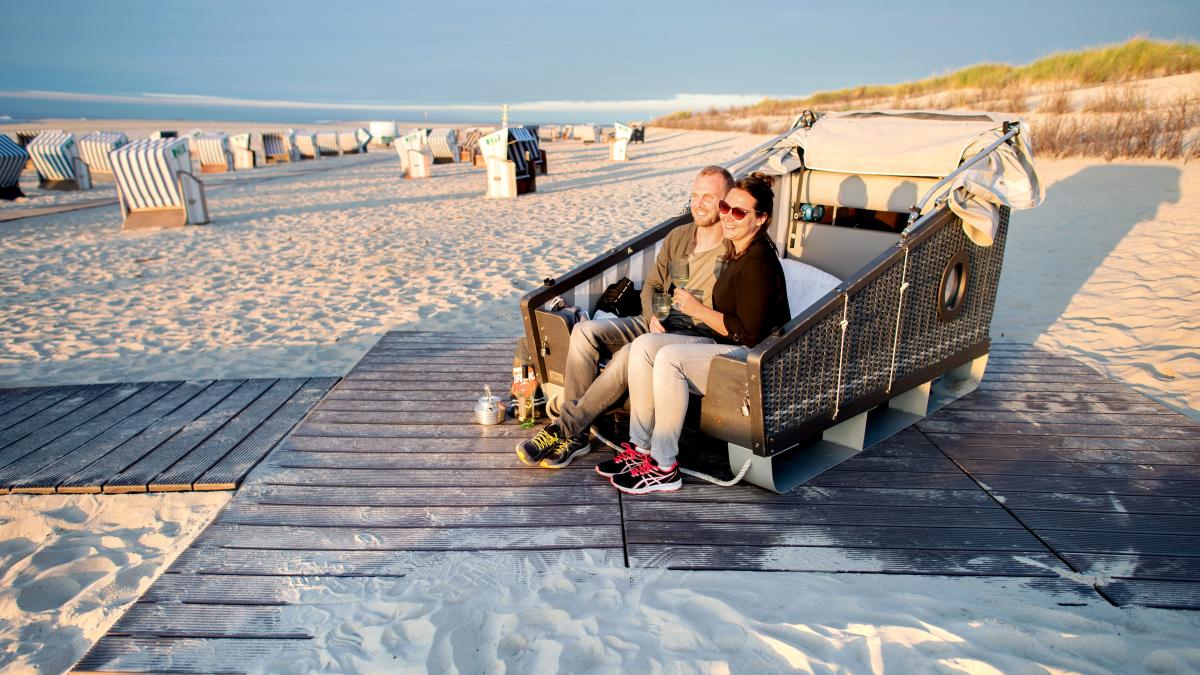 Permission to publish: Yossi Mosley is the head of the criminal organization arrested in Israel – Walla! News 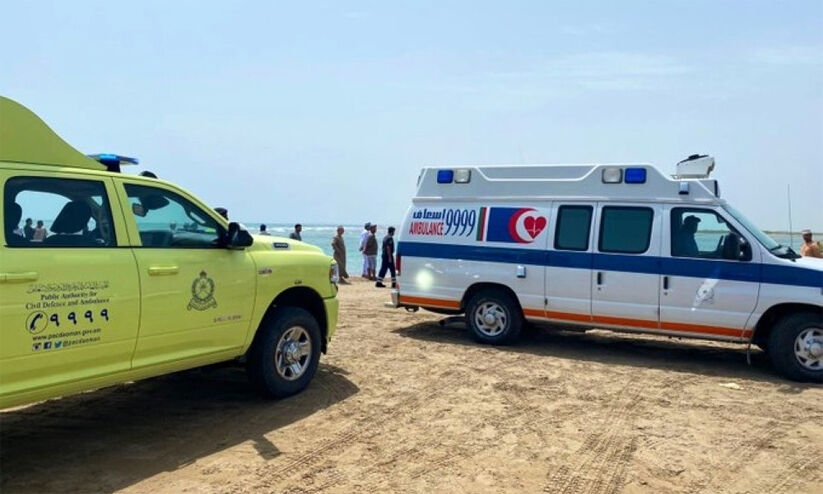