The tone became sharper: how the new government of Germany intends to speak with the Russian Federation | Analysis of events in political life and society in Germany | Dw

“Obviously, the tone towards Russia as a whole has become sharper,” said Hans-Henning Schröder, a well-known expert on Russia, when analyzing the coalition agreement of the new German government. The Coalition Agreement is effectively a governance agenda that was publicly presented on November 24 by the leaders of the Social Democratic Party of Germany (SPD), the Liberal Free Democratic Party (FDP) and the Soyuz 90 / Green Party. start work on December 8.

Along with the tightening of tone, building relations with the Kremlin is no longer viewed in Berlin as a top priority – however, this is partly due to a decrease in attention to the new government’s foreign policy as a whole, experts say. “The election campaign was distinguished by the fact that foreign policy practically did not play any role in it. More or less the only foreign policy and economic topic was Nord Stream 2, but it was not seriously discussed either,” Hans-Henning Schroeder said in an interview with DW …

The program of work of the new government of the Federal Republic of Germany does not give an answer about what exactly Berlin’s course towards Russia will be, the political scientist believes. “Of course, the text of the agreement says that Russia is an important partner. But it is not clear how the coalition members are going to build relations between the European Union and the Russian Federation, on the one hand, and German-Russian relations, on the other,” Schroeder said. The political scientist draws attention to a number of demands on Russia, for example, to stop attempts to destabilize Ukraine. “There is a clear wish for greater security in Eastern Europe and the observance of the interests of the Central and Eastern European states. This is all correct and great, but these wishes do not add up to a single concept,” criticizes Hans-Henning Schroeder.

Changes in Berlin’s course “both in tone and in content”

Sarah Pagung, a Russia expert at the German Foreign Policy Society (DGAP) in Berlin, sees much more concrete change in the new government’s coalition agreement. “This is really different – both in tone and content – in comparison with the policy towards Eastern Europe that has been so far. The example of Russia shows that the classic paradigm of German politics – change through trade – has completely disappeared, and the focus has shifted on risk management in relations with Russia “, – said Sarah Pagung in an interview with DW. 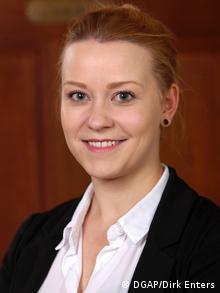 READ Also:  SPD markets traffic light coalition with the FDP and the Greens as progress

It is no longer about striving for “good” relations with Russia – it is only about “stable relations,” said Jan Claas Behrends, an expert on Eastern Europe at the Center for Contemporary History Research in Potsdam. “It seems to me that the new leadership of the Federal Republic of Germany spoke more honestly about what, in principle, is realistic to achieve in relations with Russia at the political level in the coming years,” said Sara Pagung.

Experts: Germany got rid of illusions about Russia

Berlin finally got rid of the illusion that Russia will be able to “democratize”, “bring it to the canon of European values” or “in some other form help to embark on the European path of development,” said DGAP expert Sarah Pagung. She positively assesses the text of the agreement, which she considers more realistic in matters of relations with Moscow. A more realistic approach to Russia is caused by the “frustration” of recent years, Jan Klaas Berends is convinced. “Do not underestimate the depth of disappointment among politicians in the ranks of the Social Democrats and officials in the German Foreign Ministry, who, after 2014, for almost eight years, were still trying to rely on dialogue with Russia,” the historian says. 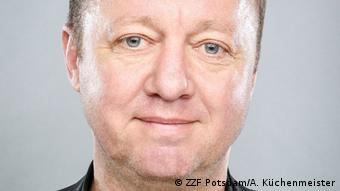 Even the most consistent supporters of the “dialogue” are deeply frustrated with the Kremlin, if you do not take into account the former German chancellor Gerhard Schröder and Matthias Platzeck, but both have already left active politics, recalled an expert from Leipzig Berends. “The humiliation of the EU Commissioner during his visit to Moscow or the publication of the correspondence between Heiko Maas and Sergei Lavrov – all this cannot be left unanswered,” said Jan Klaas Berends.

Peculiarities of the Greens’ View of Eastern Europe

The Foreign Ministry for the next four years, by agreement of the members of the ruling coalition, will go to the “green”. The German Foreign Ministry should be headed by the critic of Nord Stream 2 and co-chairman of the Green Party, Annalena Baerbock. Considering that the new team has not yet arrived, it is necessary to wait “which specific politicians will occupy which posts – in general, who will pursue the policy towards Russia in the Foreign Ministry and in the Chancellor’s Office,” suggested Hans-Henning Schroeder.

Sarah Pagung, on the other hand, is confident that no matter who takes which post, there will be a “shift in emphasis.” Traditionally, the Greens pay a lot of attention to such topics as the fight against corruption, support for democracy, human rights, etc. This will surely be felt by partners in Eastern Europe. And what is also typical for the Greens: they focus much more on Eastern Europe, apart from Russia – for example, in Ukraine, Moldova, the countries of the South Caucasus. It can be assumed that there will be a shift in priorities – from Moscow to other capitals, “added DGAP expert Pagung.

Belarus and Ukraine in a coalition agreement

An example of such a possible shift in the focus of attention of German foreign policy: a paragraph on Belarus appeared in the coalition agreement of the new German government. “Earlier in such agreements there was no separate mention of it, and this is probably due to the situation on the Belarusian-Polish border,” explains Sara Pagung. According to Sarah Pagung, the ruling coalition in Germany “unambiguously sided with the Belarusian opposition” in the text of the agreement, and threatened to introduce new sanctions against the regime of Alexander Lukashenko.

But the paragraph on Ukraine, Pagung called “unexpectedly short.” “It seems to me that more would be better, nevertheless, the German government confirmed the territorial integrity and, of course, the sovereignty of Ukraine. The plan for the development of cooperation in the field of new energy – hydrogen was clearly outlined, although it is striking that other opportunities for cooperation were not mentioned “, – added the expert.

Another important point in the agreement of the new government, which was noted by political scientists: the plans of the new German government to abolish the visa regime for Russians under 25 years old. “Firstly, in my opinion, this is a very good measure,” noted Hans-Henning Schroeder, “because, of course, it aims to improve exchange between societies. The more young Russians come to the Schengen countries and see everything with your own eyes, the better it will be for the relationship. Secondly, of course, this will not be the decision of the German government alone, because this applies not only to Germany, but to the entire Schengen area. “

The proposal for a visa-free regime was discussed between Europe and Russia at the end of the 2000s, but did not receive any development. “Of course, this is a sensible proposal, but its effectiveness should not be overestimated. It will not be enough to achieve some kind of convergence,” said Sarah Pagung.

Bennett said at the hearing: “My wife is...

People No Need to Panic about Omicronvirus says...