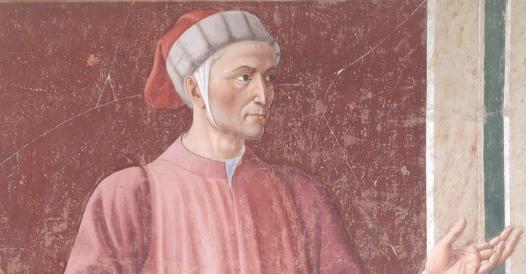 It was the video explorations Admiral Beatrice (from the Italian Cultural Institute in Berlin, directed by Maria Carolina Foi) e Florence on the Isar (from the Iic of Munich, Francesco Ziosi is the director) to accompany the public in the first two stages of the literary relay Dante in the world. Created to celebrate the 700th anniversary of the poet’s death and the first Monday, it was created by the Center for books and reading (Cepell, directed by Angelo Piero Cappello) with the ministries of Foreign Affairs and Culture, in collaboration with the Corriere Foundation and « the Reading ”and edited by the Iic of Berlin, Munich, London, Madrid, Rabat, Tunis, Moscow, Warsaw, Istanbul, Paris, Rio de Janeiro, San Francisco. An initiative that is part of Dante 700 in the world of the Farnesina which involves the network of Representations abroad and has the patronage of the National Committee for the celebration of the 700th anniversary of the death of Dante Alighieri.

Every day, at 11 and 18, the video readings go online its time.news and on the social profiles of Cepell and the Iic involved, until Thursday 25 March (in the final stage there will be four videos). On Monday 22nd the marathon was broadcast by the IIC in London (directed by Katia Pizzi) with [email protected]: A Journey Without End, on Canto V of theInferno (readings by Greta Scacchi and reflection by Ian Thomson), and at the IIC in Madrid (directed by Maria Luisa Pappalardo) which projected a video on Dante’s hugs (reflection by Juan Varela-Portas Orduña; readings by Elvira Mínguez and music by Jacopo Mezzanotti).

On Tuesday 23 the relay arrives in Morocco, at the Iic of Rabat (directed by Carmela Callea) where we will talk about Purgatory in a video reading entitled What path will we take?, which will address the themes of the passage of time and the soul of man, developed by the historian Alessandro Barbero and the linguist Issam Margian. The reflections on Dante’s work and its echoes in Arab culture are anticipated by the reading of Latefa Ahrar (the Sonatas for 2 oboes by Jan Dismas Zelenka).

At the IIC in Tunis, directed by Maria Vittoria Longhi, we will then talk about Virgil “duke” of Dante, with an analysis of the poet’s close ties with Tunisia, and Carthage in particular. Supported by the research of Raimondo Fassa, Italian lecturer at the Campus Universitaire Manouba in Tunis, Meriem Dhouib, associate professor of Italian Studies at the same institute, and Mirko Tavoni, former professor of Dante Philology at the University of Pisa (the readings are by Ahmed Hafiane). Wednesday 24 the baton passes to the IIC in Moscow (directed by Daniela Rizzi) with Dante’s Purgatory: a Russian reading, and at the IIC in Warsaw (Laura Ranalli is acting regent) with video reading Boska Komedia: Dante’s Luck in Poland and Canto V of Hell.

To Alighieri is dedicated “Dante”, a new series of the “Corriere” made with Salerno Editrice. The first of 18 volumes, on newsstands from Tuesday 23 March, is The divine Comedy. Hell, edited by Enrico Malato (e 7.90 plus the cost of the newspaper). Dedicated to Dantedì (the Day conceived by Paolo Di Stefano in 2017 on the pages of “Corriere”, then established by the government on the proposal of Minister Dario Franceschini) is also the volumeOn Tuesday. Contemporary visions of the poet (pp. 115, euro 15, available for purchase in Librerie.coop), published by the Corriere Foundation and by «la Lettura». It is edited by the “Corriere” Culture Editorial Office.

The cultural supplement of the “Corriere” has always devoted ample space to Dante and poetry, with services that can still be read in the App of «la Lettura»: a patrimony available in the «Archive», section with all the issues from 2011 to today. And the new issue of the insert, # 486 now on newsstands and App, dedicates an interview by Alberto Fraccacreta to Forrest Gander to poetry, and the voices of Alda Merini and Wystan Hugh Auden. In addition to the archive and the new issue, the «La Lettura» App for smartphones, tablets and PCs, distinct from that of the «Corriere», offers every morning a digital-only extra, the Theme of the Day. The one on Monday 22, edited by Davide Frattini, correspondent in Jerusalem, is on the “coexistence” of Israelis and Palestinians in the anti Covid vaccination campaign, on the eve of the elections in Israel. And in the insert Frattini takes care of a dialogue between the writers Colum McCann and Manuela Dviri Vitali Norsa. The «la Lettura» App (on the App Store, Google Play or on abbonamenti.time.news) is available for subscription for € 3.99 per month or € 39.99 per year, with one week free. The subscription can also be given as a gift from this page or by purchasing a Gift Card in Librerie.coop.