One who can act very quickly on social websites as well. He has been pressing the Central Government for various Tamil issues. 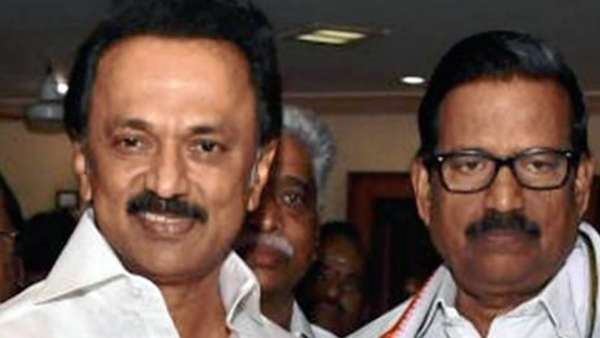 Kong asks DMK for 4 mayoral seats … When will the talks take place? The waiting coalition parties

On the other hand, KN Nehru is the senior minister of the DMK. He was one of the closest people to Chief Stalin. But an interview given by KN Nehru at the Madurai airport has changed the cause of such bitterness among them.

When reporters posed a question to Minister Nehru about the Madurai AIIMS Hospital, Nehru said, “Ask those involved. There is a man in Madurai, Venkatesh. Ask that man.” The release of this video has caused great controversy.

Condemnation of the Marxist Party

In a statement issued by Madurai Marxist Communist Party city secretary Ganesan and district secretary Rajendran, he did not respond formally to a question raised by reporters at the Madurai airport about the AIIMS hospital to Urban Development Minister Nehru. Instead, ‘You leave those involved and come to me and ask. Venkatesh’s MP in Madurai There is someone, ask him ‘, Nehru replied.

It is reprehensible that the ruling party minister has spoken in public about the MP of the Coalition Party, who was elected by the people. The chief should take action against Stalin, they said.

This is not the first time Nehru has spoken in such a controversial manner. It has always been his habit to talk so much that he does not worry about the next one. Nehru once said that the people of Bihar were fools and caused controversy nationally. He had used the bad word when he spoke angrily with the DMK during the last assembly elections. The video was released and made many people frown. Speaking like this by a senior leader is causing embarrassment to the party. So there is an expectation that Chief Minister Stalin will intervene and put a stop to Nehru talking.