In Russia, a new indicator for assessing the well-being of citizens may appear – the “poverty line”. The Ministry of Labor is considering the introduction of such a tool, two sources close to the department told Izvestia. It is assumed that it will be influenced by inflation. And to be calculated, in particular, according to the formula: “multiplying the subsistence minimum (WL) for the IV quarter of 2020 (” anchor indicator “) by the consumer price index for the required period.” Experts say the inflation-adjusted approach is timely and reasonable. It will allow better monitoring of the achievement of the national poverty reduction goal, as well as timely assess the financial situation of citizens and provide proactive support measures. Similar formulas are used in solving similar problems in European countries. How exactly the “poverty line” will be determined and what will change it – Izvestia was trying to figure it out.

According to Rosstat, for the six months of this year, the poverty level in Russia amounted to 13.1% – this is 19.1 million people. According to the current methodology, citizens are considered poor if their income is below the subsistence level – 11,653 rubles.

However, the criterion of need may change: the Ministry of Labor is discussing the introduction of a new indicator – the “poverty line”. The department has already formed such an initiative, the interlocutors of Izvestia said. Unlike the PM, the poverty line will be linked to inflation, as well as to “anchor poverty” – this indicator will remain unchanged throughout the entire monitoring period. The PM for the IV quarter of 2020, which amounted to 11,329 rubles per person, is considered as an “anchor”.

It is assumed that the poverty line can be calculated on a quarterly basis using the formula: multiplying the “anchor” by the consumer price index for the quarter. At the same time, as the Izvestia sources clarified, the indicator will be used only to assess the level of need of citizens. And the criterion for the provision of state social support measures will still remain the PM. Izvestia sent a request to the Ministry of Labor with a request to comment on the initiative, but did not receive a prompt response.

This October, inflation in Russia accelerated to 8.13% y / y, the highest since February 2016. Food products rose in price by 10.89% against the background of a jump in prices for fruits and vegetables, and non-food products – by 8.17%.

Closer to the goal

Recall that it was from this year that changes were made to the methodology for calculating the subsistence minimum and, accordingly, the poverty level (the subsistence minimum from 2021 is determined not from the consumer basket, but from the so-called median income. – Izvestia). Experts immediately raised the question of how this fits into the fulfillment of national goals, noted Lilia Ovcharova, Vice-Rector of the Higher School of Economics.

– We have a target indicator to reduce the poverty level by half by 2030 compared to 2017. But if we switch to calculating the PM in relation to median income, it is very difficult to achieve it. Because the economy is growing, incomes are growing, the median is growing, the quality of the poverty line is improving, but there is no sharp reduction, the expert explained.

To solve the problem of reducing poverty by half, it is not relative metrics with a median income that are more suitable, but an absolute indicator, that is, a subsistence minimum in the amount of the minimum consumer basket, since it is not sensitive to changes in the level of income. Therefore, the use of the poverty line indicator is the right step for monitoring the achievement of national goals, Lilia Ovcharova is sure.

– The concept of “anchor poverty” is used by all European countries, which set themselves the task of significantly reducing the number of poor people. They fix the size of the living wage against which they plan to measure progress, and then simply increase it for inflation. For example, Tony Blair did this when he was Prime Minister of Great Britain, – said the expert. 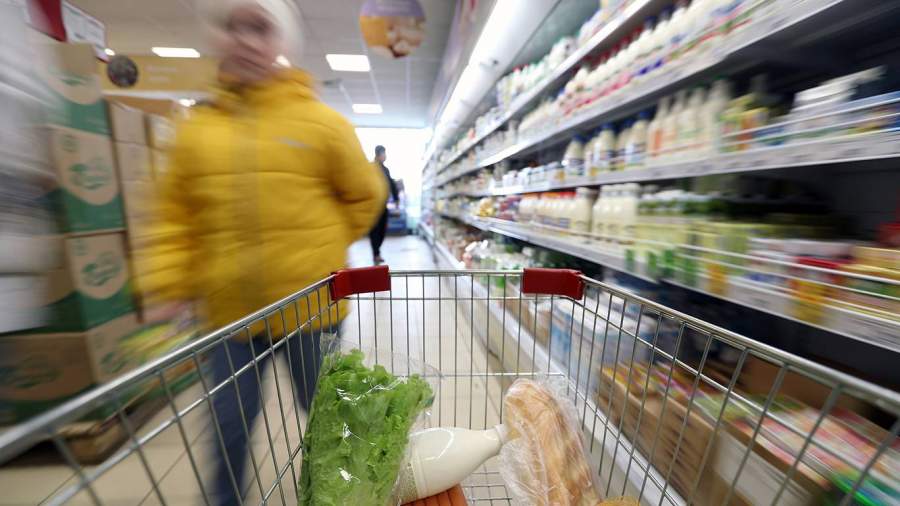 In 2021, the basic concept of calculating the level of poverty has already undergone quite serious changes: there has been a transition from absolute poverty to relative poverty, noted Dmitry Kulikov, director of the group of sovereign ratings and macroeconomic analysis at ACRA. However, if the poverty line is re-tied to a fixed amount of money with an indexation rule that is not related to the distribution of income, the absolute concept will again become the main one. To conduct an effective support policy, it is important to determine the main assessment tool and use it continuously for some time, Dmitry Kulikov believes.

READ Also:  Investigative Committee opened a case on the death of pig farm operators in the Krasnoyarsk Territory

The transition to a new indicator for assessing the level of poverty seems reasonable, says Yekaterina Kheifets, a leading analyst in the Economics and Social Development Department of the Center for Social Development. According to her, it provides comparability of data on poverty rates calculated up to 2021.

– Indeed, it is necessary to take into account the level of inflation, especially in a volatile economic environment. In an environment of high inflation, setting the poverty line is expected to increase the proportion of the poor. This will make it possible to timely assess the economic situation of citizens and provide proactive support measures, as well as assess the effectiveness of measures of the current social policy, she is sure.

The emergence of a new indicator for assessing the well-being of citizens is not the only innovation in the field of statistics that the authorities are discussing. As Izvestia previously wrote, as a result of the change in calculation methods, revised data on income, expenses and savings of the population for 2018-2020 will be published in March 2022. In addition, Rosstat is going to improve methods for assessing poverty, in particular, the financial situation of large families and the elderly. When measuring their income, it is planned to take into account various kinds of assets, as well as social assistance in kind.

22 thousand deaths avoided thanks to vaccine