This is JK Rowling’s response to the LGBT attacks 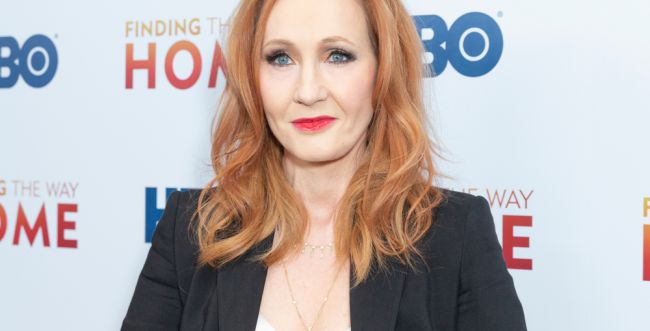 JK Rowling gets involved with the LGBT community once again: After activists from the community posted the author’s home address online and called on people to protest against her, the Harry Potter bookwriter reacted angrily to the attack. , When she again presents her controversial views on transgender people – according to which people can not determine their own gender.

“Last week my address was posted on Twitter by three activists who were photographed in front of my house and deliberately positioned themselves to make sure the address was clearly displayed,” she wrote. “I thank everyone who reported the photo to Twitter, as well as the police in action. I call on all those who shared this photo to delete it, even if they did so to condemn the actions of these activists.”

Last Friday, my family’s address was posted on Twitter by three activist actors who took pictures of themselves in front of our house, carefully positioning themselves to ensure that our address was visible. 1/8

Rowling added that “in recent years many women have approached me and shared with me their experiences of intimidation campaigns ranging from persecution on social media, through attacks on their workplaces, to threats of violence and rape. These women and their families are in fear and distress for no reason, just because some “People are not ready to accept their socio-political perception that gender identity cannot replace sexual identity.”

She later tagged the three activists as saying, “I guess they thought exposing my address would deter me from continuing to speak out for women’s rights. They should have thought I had already received so many threats that I could use them as home wallpaper, and I had not stopped speaking publicly yet. Maybe “I’m just suggesting an idea, the best way to prove that your movement does not threaten women is to stop threatening and humiliating women.”

In recent years, Rowling has sparked widespread outcry in the LGBT community over her views. “Leave their jobs because they have stated that sex is a fact.”

Following her remarks, many LGBT people called for a boycott of Rowling’s books, as well as for book publishers to stop publishing her books. Others sent threats to the British author, who said last July that “hundreds of LGBT activists threatened to beat, rape, assassinate and bomb me.” .

She also posted a message on Twitter that read: “I wish you would find a nice tube charger in the mail.” She said the threats against her only reinforce her views: “When a woman cannot be fired, arrested or boycotted by her publishing house, and the public ‘boycott’ has only led to an increase in her book sales, there is only one thing that can be done.”

Bullying e buljet; Guys, having one is justice, not having another | Madhyamam – media

Apple has announced a recall for iPhone 12 devices: Is yours on the list?

Paolo Agnelli, in the book «Oro grigio» the...

Dhanush lends a large sum of money for...