Three proposals on ius soli are on stand by in the Chamber, but the numbers are missing 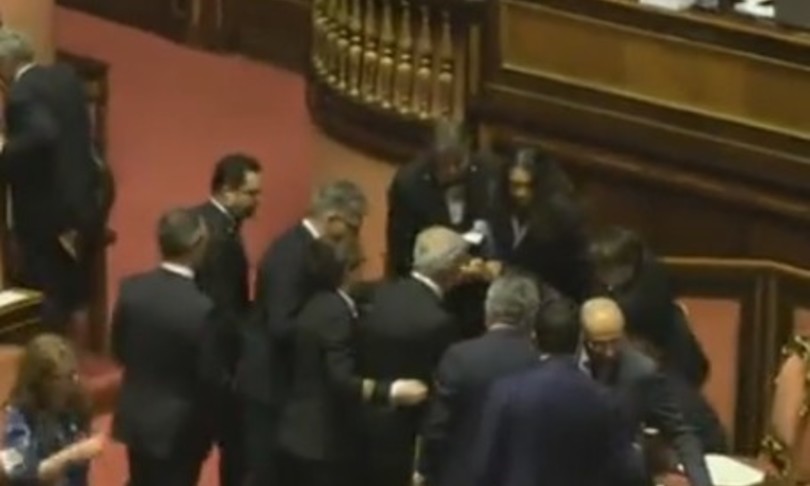 Time.news – The ius soli reappears in the political debate. To relaunch the issue of citizenship was the new secretary of the Democratic Party, Enrico Letta in the speech to the National Assembly dem. A relaunch that has immediately reopened the controversy, with the revival of the same different positions that divide the political forces. Meanwhile, Eurostat announces that Italy is second in the EU for the number of citizenships granted to foreigners

Lega and FdI remain clearly opposed, while Forza Italia’s position is less severe, within which different sensitivities coexist. As for the opposite front, Pd and Leu have long been in favor to recognize the right of citizenship to children born in Italy of foreign parents, but also within the dem there are some different nuances. Italia viva is in favor, but has so far argued that the issue is not prioritized at this time. M5s is available for comparison, but to date it has never sustained an acceleration.

Therefore, at least until the Conte II government (and the situation does not seem to have changed with the Draghi government), there was no numerical majority in Parliament to be able to push on the accelerator and approve a law on citizenship. So much so that the three bills presented to the House have been ‘lying’ in the Constitutional Affairs Committee for over a year, where several hearings were held but without significant progress, also due to the sudden outbreak of the pandemic emergency.

The process in the Montecitorio committee resumed in August last year, but immediately the path was channeled on an uphill and not a little bumpy road, not only due to the firm opposition of the center-right forces (even if inside Forza Not everyone is against Italy), but above all because of the internal divisions of the then majority of the government, with the Pd and Leu pushing and M5s holding back, while the Renzians had taken a very cautious line, albeit in favor of the law.

At the moment the process in commission is on stand by: after a long cycle of hearings, with over twenty experts and associations listened to, everything stopped. The speaker is the president Brescia, but a basic text is still missing. Three proposals have been presented to the committee, ranging from the recognition of the ius soli to the more ‘moderate’ right to cultural rights. The first proposal is signed by Laura Boldrini, another proposal is signed by the dem Matteo Orfini and the last proposal is signed by Renata Polverini, former Forza Italia deputy.

To date, Italian citizenship is based on the principle of ‘Ius sanguinis’ (right of blood), according to which the child born to an Italian father or an Italian mother is Italian. Foreign citizens, however, can acquire Italian citizenship if they meet certain requirements. First of all, citizenship can be granted by marriage (the cases are expressly specified by the law); secondly, it can be acquired by ‘Italian residence’, but with well-defined limits and, finally, the foreigner born in Italy, who has legally resided there without interruption until reaching the age of majority, can declare that he wants to elect Italian citizenship within one year from the aforementioned date.

The proposal initially signed by Boldrini also introduces the Ius culturae: the minor child of foreign parents acquires Italian citizenship, following a declaration of will to that effect expressed by a parent or by whoever exercises parental responsibility, if he has attended a course of primary or lower secondary or upper secondary education at schools belonging to the national education system. Finally, the proposal provides for the acquisition of citizenship for the foreigner who has resided legally for at least five years in the territory of the Republic and who is in possession of a certain income requirement (the years drop to three for refugees).

The Polverini text focuses only on the Ius culturae per i foreign children who have completed a cycle of primary schools. The text reads: “The foreigner, born in Italy and who has completed the primary education course according to the regulations in force, legally residing there until that date, becomes a citizen by means of a declaration made at any time.

In the case of a minor, the declaration is made by the person exercising parental authority according to the law of the State of origin. As for the foreigner born in Italy, he must have legally resided there without interruption until he reaches the age of majority. Finally, the foreigner born in Italy acquires Italian citizenship, provided that at the date of submission of the application he has legally resided for at least three years in the territory of the Republic, subject to passing an exam that ascertains knowledge of Italian culture and language as well as the fundamental principles and norms of the Italian legal system.

The right culture, the right only to ‘moderate’, la proposta di legge Orfina

The text of the dem deputy provides for a ‘temperate’ ius soli, or discipline the extension of cases of acquisition of citizenship by birth for children born in our country to foreign parents, of which at least one has legally resided there for not less than five years or is in possession of a long-term residence permit. Furthermore, the proposal also governs the ius culturae and provides for the introduction of the possibility of acquiring citizenship following a regular training course for foreign minors who were born in Italy or arrived there before the age of 12. of at least five years carried out, in accordance with current legislation, in the national territory, consisting of one or more cycles at institutions belonging to the national education system or three-year or four-year vocational education and training courses suitable for obtaining a professional qualification, or, in the event that attendance concerns the primary education course, the successful conclusion of this course is also necessary.

Finally, the proposed law configures a further case of granting of citizenship (naturalization), for the foreigner who entered the national territory before reaching the age of majority, has resided legally there for at least six years and has regularly attended a school cycle in the same territory, in accordance with current legislation, with the achievement of the final qualification, at the schools belonging to the national education system, or an education and training course professional with the achievement of a professional qualification.

Volodymyr Zelensky went to the Donbass, about forty kilometers from the front
Posted onDecember 6, 2022