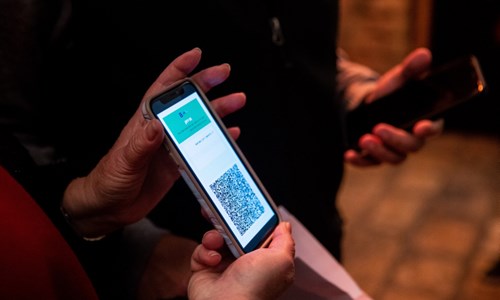 Due to the outline of tourism, thousands of Israelis who are not eligible found a loophole and managed to issue a green card on the Ministry of Health website | A day after the request in “Haredi Rooms” – the Ministry of Health’s information staff responds that “it was decided to allow Israelis who have been ill or vaccinated abroad in the past to issue a green card that is valid for one month only, until they arrange registration with the HMO, which led to the loophole” | The offering took place

The celebration of the green character. From the afternoon of last night (Monday), evidence began to reach Behadrei Haredim about a loophole on the Ministry of Health’s traffic light site, which allowed a green card to be issued – to people who do not meet the Ministry of Health’s criteria and are not entitled to it. People entered the firm’s website, when some of them even managed to issue the note, even though, as mentioned, they are not entitled to it.

The issue was made possible after entering the traffic light site of the Ministry of Health – filling out the entry declaration form for Israel – clicking on one of the four tiles that appear, called “I am already in Israel and want a green sign” – filling in details: name, ID number. Passport number, date of birth, telephone, and email – and finally, enter the date of recovery, and country from which you came.

The tile through which the green mark could be issued unhindered for those who are not eligible. A green character issued by a recovering person, who is no longer eligible for the character, but still managed to issue it due to the malfunction.

The headquarters for the fight against the corona virus said in response to a request from Haredim:

It was also stated: “In light of the large number of cases of abuse while committing a criminal act for forging a” green mark “, this issue will be eliminated. The issue of registration with the HMO or the Voice of Health Center (recovering and vaccinated abroad without HMOs only) “.

Axios learned about Germany’s request to the United...