Time.news of failure: How did Maccabi Tel Aviv crash?

It’s hard to believe, but only a year and a half ago Maccabi Tel Aviv finished another brilliant season on the way to a second consecutive championship with a big gap behind it. The days of Jordi Cruyff this season for the second time in a row, the place in the top playoffs in the doubles and in the absorption column, the one that in the days of Vladimir Ivitch was once moved in four rounds, is last in the league.

But Maccabi Tel Aviv came to this situation with open eyes. The warning lights were already on in last season’s playoffs, so it collapsed in money time after a huge comeback to the championship fight from an eight-point deficit. More experienced to build the team together with Barak Yitzhaki, himself an inexperienced professional manager.

The cracks and problems could have been diagnosed already at the training camp, according to some of the players. Van Leven’s formation (4-3-3) did not work, there was a lack of flexibility and the Dutchman’s game management was not good enough. Maccabi Tel Aviv has won relatively comfortable lotteries in Europe in light of the success in the factories in recent years and this has hidden the problems that have repeatedly arisen and exploded in the league. 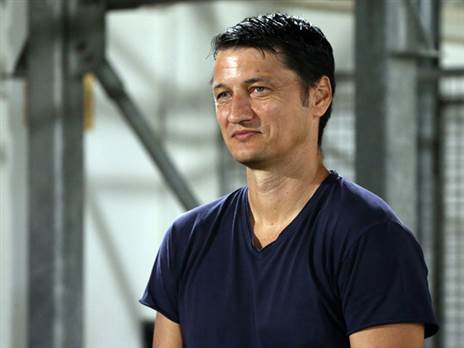 Ivica. It seems like it was a long time ago (Udi quote) 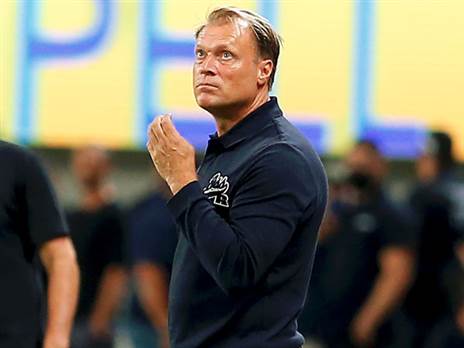 Van Leven. The fixation was already prominent in the camp (Alan Schieber)

But unlike last season, this time Maccabi Tel Aviv faced the crisis with a much weaker staff. The sale of Yonatan Cohen and the release of Dor Peretz left it without decisive players. Peretz carried the team on his back in many stages on 20/21 and Cohen, when he was not injured , Issued beautiful numbers, joined by some experienced players who knew how to lift the club in difficult moments. Eitan Tibi and Itai Schechter, for example, left and left a hole on the field and in the locker room.

Maccabi Tel Aviv added quite a few players in the summer, but none of them managed to leave a mark. Brandley Kubas started well and weakened. , But it’s not enough. In a year and a half, Dor Micha, Omar Atzili, Dor Peretz and Yonatan Cohen left the team, and that’s too much, even for a strong club like Maccabi Tel Aviv. Not to mention the bad fitness of the trio of foreigners on defense.

And when asked about all the professional problems joins the fact that it has been over 40 days since the dismissal of Patrick Van Leven and has not yet appointed a permanent coach, it is quite clear why the professional crisis at the club is deep and severe. Yitzhaki was dropped for the job, even though he was not interested in it, and the list of candidates for owner’s representative Jack Angelidis was shredded after quite a few refusals, and a new list was prepared.

We also have to tell the truth – a foreign coach who arrives now will need quite a bit of time to get to know the players and connect with the team, and we’ll be back in January. It’s not that Maccabi Tel Aviv already has a coach and he goes through games and watches the players’ tapes. He will arrive without prior knowledge, a mentality he does not know and players whose names he has probably never heard. This is how a club is run that claims to provide other standards. 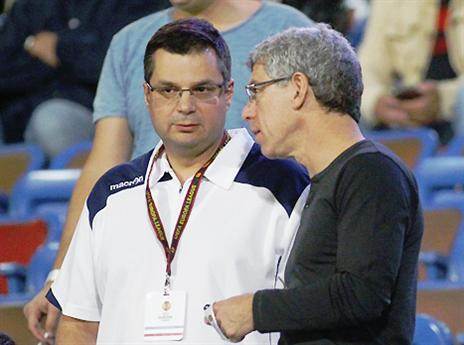 BiggBoss 5: Arrived … Eliminated …. Repeat – This is the one who will be leaving BiggBoss this week

Mourinho in the quarterfinals against Inter- time.news

Roma advanced to the quarterfinals after 1: 3...