Triathlon: Jan Frodeno – attack on the king of the Ironman realm 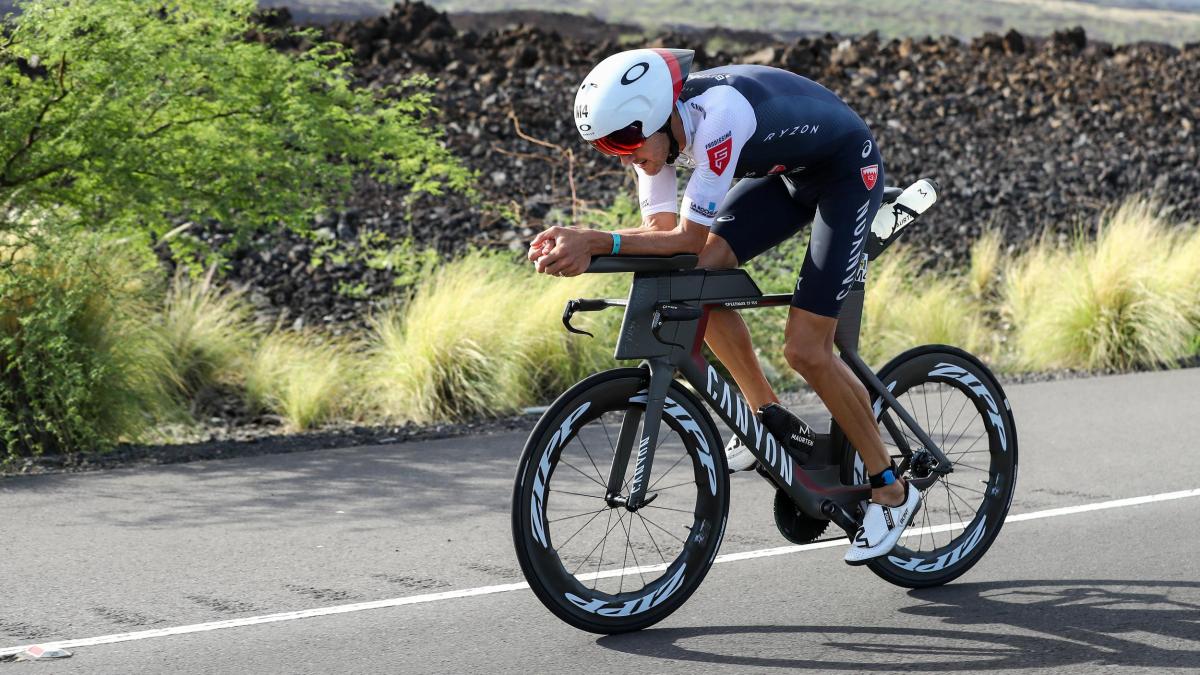 Et is the chance of a lifetime. And Lionel Sanders, 33, who just had to cope with one of the bitterest races of his career, but also has one of the biggest fighter hearts on the triathlon scene, is burning. In a race of a special kind. In something that has never been seen before: a fight man against man. He against Jan Frodeno. Just the two.

“For me Jan is the best who has ever done this sport. Beating him would be the highlight of my career, ”says the Canadian. He owes it to himself that he got this chance that the triathlon world is looking forward to an unusual highlight.

“Head to head, that’s what sport is all about,” says Frodeno, 39. The dominant long-distance triathlete was only too happy to take on the challenge. Especially since Sanders is one of the toughest, one of the most extreme guys on the scene. And Frodeno wouldn’t be Frodeno if he hadn’t turned an idea into something big, something new. In the so-called “Tri Battle Royal” the two will duel on Sunday from 9 a.m. in the Allgäu: 3.86 kilometers swimming, 180.2 kilometers on the racing bike and 42.2 kilometers running.

Dominator of the scene

Bringing triathlon into the spotlight – Frodeno is a master at this, whether athletic or based on his success with new formats. For years he has been the hunted on the long distance, the one to beat who, it seems, is invincible in top form. But it all started for him on the significantly shorter Olympic distance when he came into focus with his gold from Beijing 2008 at the latest.

The adventure he later dared to switch to the long distance came to an end 2015 in a historic triumph: He was the first ever triathlete to win both Olympic gold and the legendary Ironman Hawaii. In 2016 he followed up, In 2019 he secured his third world title in Hawaii. The course record there? Holds Frodeno (7:51:13 hours, 2019). The long-distance best time? Holds Frodeno (7:35:39, 2016 in Roth). And when the sports world lay idle because of the coronavirus pandemic, he pimped a complete long distance in his own four walls to a livestream event with an entertainment and hands-on character, at the end of which he had collected more than 250,000 euros in donations. So now the duel against Sanders.

The Canadian laid the foundation for this when he posted a photo of himself and Frodeno on social media from 2015 – both side by side on the running track. Beneath it, Sanders, who has won four races in the Ironman series and crossed the finish line in second place behind Patrick Lange in 2017 in Hawaii, wrote: “Nobody has inspired me and pushed me more to become a better athlete.” And then: “Jan, me Heard you are looking for a challenge. I’ll pay you the flight, hotel, rental car, food if you come to the Ironman Coeur d’Alene and compete against me. ”Frodeno jumped at it. It was not possible for him to travel to the USA, but he made a counter-proposal. Why shouldn’t Sanders come to see him? The idea resulted in the Tri Battle Royal.

The long distance record? It could fall when the two start their adventure in the Großer Alpsee near Immenstadt on Sunday. They will then use their triathlon machines to cycle five laps on a secured course and then complete the marathon on a 10.55-kilometer course. There is no such thing as a race under special conditions like Eliud Kipchoge’s successful attempt to undercut the two-hour mark in the marathon – the international rules apply. No pacemaker, no slipstream, no outside help.

In addition to a small contingent of tickets for on-site due to the pandemic, the organizers are relying on a worldwide live stream (also to be seen on bild.de), in which the viewers can also observe the body and performance data of the two athletes. And if you want to try to keep up part of the route, you can get on your roller trainer and treadmill at home and virtually take up the fight at Zwift (more information at the end of the text). Frodenos and Sanders avatars are fed with the live data of the two.

“I have the greatest respect for Lionel, and the idea of ​​competing against him motivates me to improve even more,” says Frodeno. “He’s an incredible athlete and one of my toughest rivals.” At first glance, the outcome of the race seems clear, Frodeno is the big favorite. But that Sanders can bite, shows his eventful vita. Once drifted into drug and alcohol addiction, he lost control. He, the talented runner, suffered from depression. And found a new passion in triathlon that helped him to pull himself back into life. Sanders admits that he exchanged one addiction for the other.

His life story, his time of 7:44:29 hours in 2016 in Arizona, his victory at the ITU World Endurance Championship 2017 and his impressive and slightly insane training make him one of the most exciting athletes: Sanders tears hours after hours at home alone on the roller trainer, the treadmill and his own small indoor counter-current system. Hard in the head – it is without a doubt.

The severe setback at the recent race in Coeur d’Alene, when he broke while running and lost an hour to the eventual winner Sam Long, could only upset him for a moment. And that although he missed the Hawaii qualification for the time being. He still has other opportunities. But concentrate fully on the next attempt and cancel the duel against Frodeno? Was out of the question. “This is the chance of my life,” he says. “Being able to compete against the best in the world in one-on-one means more to me than Hawaii.” Sanders will seek his chance, no matter what the cost of his body.