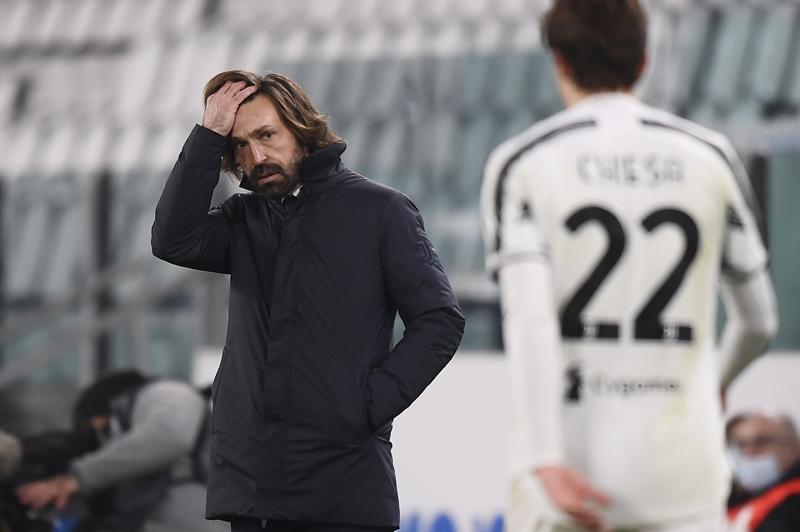 Pirlo-Juventus, forward. But if the situation worsens, there is Igor Tudor

Andrea Pirlo does not risk the bench of the Juventus from here to the end of the season (Fabio Paratici after Juve-Benevento assured that the project continues), but … watch out for the next games. The Juventus coach cannot miss the very delicate matches that arrive after the break for the national teams, because, if the championship dream seems almost a mirage, the prospect of not hitting the Champions League would be a disaster. And the ranking does not give guarantees at the moment: the ‘fourth’ place is all to be conquered. A exemption a little over a month from the end of the season is a hypothesis that the you they will not take into consideration, however in football ‘never say never’ and to cancel any ‘bad thought’ a signal of recovery will be needed on the field: from the derby against Turin to the recovery with Napoli, passing through the internal challenge with Genoa and the away match on the Atalanta pitch. If the situation were to precipitate, Juventus would have an internal solution to lead the team at the end of the season: Igor Tudor, the only coach present in the Juventus staff with some previous experience. Beyond the experiences abroad (Hajduk, Paok, Karabükspor and Galatasaray), the former Juventus defender in April 2018 was hired byUdinese a few days before the end of the championship, replacing the exonerated Massimo Oddo, and ferried the Italian team to safety in Serie A. The zebrettes did not confirm him, except to recall him in March of the following year and he again saved the Juventus club (except then be exonerated in November 2019).

But, as mentioned, we are talking about an extreme hypothesis e Andrea Pirlo has every chance to end the season well and maybe win the second trophy of the season (the Italian Cup after the Italian Super Cup).

Pirlo-Juventus, Zidane vs Allegri for the change. Simone Inzaghi outsider

For next season in case the Juventus decides not to continue the project with the Maestro there are two hot names: one, as told in the past few hours, is Zinedine Zidane. And then there is that suggestion that would have all the cards to become something more: Massimiliano Allegri. The Livorno coach is ready to return to the bench, has an excellent relationship with Andrea Agnelli and has left a great memory in the whole environment. Many Juventus fans regret it. The competition from him is strong: beyond the Premier League clubs, on the former coach of Milan and Juventus there is Roma. Fonseca’s position is far from solid, in a season that risks seeing the Giallorossi still out of the Champions League (even if the radio market says that Allegri is buying time and the Juric hypothesis is growing in the Capitoline house). The third wheel could be Simone Inzaghi who has always done well at Lazio and at the moment has not renewed the contract expiring at the end of the season: Lotito’s proposal is there, but the signing has not yet arrived. And if he called Juventus …

Increase in the Navigo pass: how much does a public transport subscription cost in France?
Posted onNovember 28, 2022