Tumors, in Italy the network that looks for DNA alterations works well, but few centers in the south – time.news 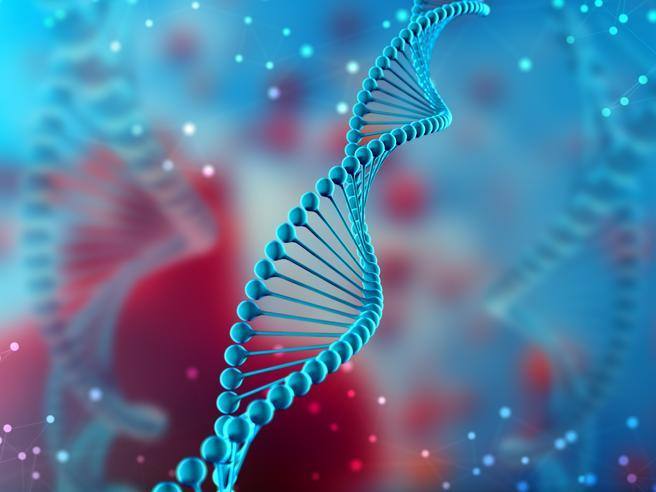 80% of the facilities that use next generation gene sequencing techniques are located in the center / north. Knowing the mutations present in a patient’s neoplasm is fundamental today to choose the most effective therapy

Knowing the DNA mutations present in a patient’s neoplasm is fundamental today to identify specific alterations that can guide therapeutic choices: target therapies, in fact, can only be used if in cancer cells (or, in some cases, in the blood or in others biological samples taken from the patient) the presence of specific markers is detected. And if in Italy the national network of high-tech laboratories able to identify the molecular alterations that can affect the choice of the best therapy in the individual patient is now a consolidated reality, there are still too many territorial differences: 80% of the structures are in the center / north, while in the south (in relation to the number of inhabitants) there are only half of the laboratories.

The photograph of the Italian situation

The data emerges from a study presented during a recent conference of the Italian Society of Pathological Anatomy and Diagnostic Cytopathology (SIAPEC-IAP). The Italian network, activated in 2017, annually carries out over 17,660 tests (on average 654 per center) using next generation sequencing (NGS) techniques for cancer diagnostics. Next-generation sequencing is an innovative technology increasingly used in diagnostic centers for the simultaneous evaluation of numerous molecular alterations and the selection of patients for precision oncology – he explains Antonio Marchetti, full professor of pathological anatomy and director of the Molecular Oncological Diagnostics Center of the University of Chieti and Coordinator of the Study Group of Molecular Pathology and Predictive Medicine -. Since 2017, the activities of the national network have been progressively implemented. This survey made it possible to evaluate the level of use of genomic diagnostics in oncology throughout the territory, thanks to the analysis of numerous parameters. 30 centers participated: 13 are considered highly productive (from 500 to 2,500 tests performed each year), 6 they have an average productivity (from 200 to 500) and 11 are characterized by low activity or are defined in the implementation phase (less than 200 tests). Productivity is closely related to the availability of automated procedures. Furthermore, two thirds of the centers are connected to a Molecular Tumor Board (MTB, or multidisciplinary teams that integrate multiple skills and specialists, essential for interpreting the results of molecular tests and choosing the best therapy), but only in 30% of cases the latter ratified by regional decree.

The role of the pathologist

The role of the fundamental pathologist in the classification of tumors: his work provides the oncologist with all the information on the pathological processes involved in the development and progression of tumors, indispensable today to decide on an effective and personalized treatment – adds Marchetti -. NGS diagnostics in Italy in a phase of progressive growth, but the general situation is still heterogeneous in terms of geographical distribution, characteristics of the laboratories and diagnostic tests performed. The implementation of activities that favor the harmonization, logistics and convergence of biological material in the diagnostic reference centers for molecular analyzes is a priority for the development of a functional network of laboratories in our territory. All this, together with the management of data by the Molecular Tumor Board, in close relationship with multidisciplinary oncology groups in well-defined paths within the regional oncological networks, will ensure a consistent increase in quality, a reduction in costs for tests and high levels of diagnostic-therapeutic appropriateness.Since the entire human genome was mapped in 2000, the eyes of researchers have been focused on the genetic defects that cause tumors: genetic testing in oncology has thus become a constant topic in recent years. picaldo and there are several areas in which today they are useful for prevention and for choosing treatments.

-Targeted therapy for one in four cancer patients

According to statistics, more than 25% of cancer patients could receive targeted therapy based on genomic analyzes. Thus, during the meeting the Life Project was also illustrated which concerns 10 thousand rare cancers, because they started at a young age or with an uncommon histotype. The aim of the study is to highlight rare DNA alterations, using a new technological approach, applied for the first time in Italy in this context, to reduce the time and costs of the analyzes. This study included a Phase 1, in which about 10 thousand rare forms of cancer were selected starting from several hundreds of thousands of cases from the archives of the 18 participating centers and currently in Phase 2, corresponding to the immunophenotypic analysis – explains Anna Sapino, president of SIAPEC-IAP -. Phase 3, which involves the validation of the results, is scheduled for the end of this year. The project involved a significant multi-center effort on the national territory for the establishment of a corporate tissue bank on Tissue Micro Arrays (TMA). The aim of the study network is to identify rare molecular mutations early and improve the living conditions and survival of patients. The increased diagnostic appropriateness is thus accompanied by the optimization of resources. The recently completed setting up of the tissue bank on TMA will allow the rapid analysis of numerous biomarkers useful for the treatment of patients with molecularly targeted drugs. TMA screening will be conducted by immunophenotypic analyzes available in all pathological anatomy centers. The rare cases tested positive at screening will then be validated by molecular analyzes in diagnostic reference centers, such as those of the NGS National Network.