Turbogen, a company that specializes in the development of multi-fuel micro-turbines for the self-production of electricity and heat in buildings and structures, completed last Thursday, November 18, 2021, the public offering of shares in the Tel Aviv Stock Exchange, raising approximately NIS 18 million at par. Of about NIS 143 million and began trading under the symbol Turb.

The underwriter of the offering was Extra Mail Underwriting 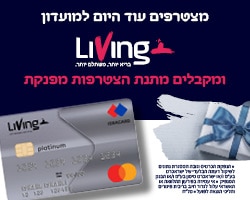 Turbojan was represented by attorneys Udi Efron, Omar Tikolsky and Yotam Dauber from the firm of M. Firon & Co.

TurboGen, is leading the green revolution and the growing global trend of self-generation of electricity. Following the revolution any building in the near future, will become a power plant that provides itself with electricity.

TurboGen specializes in the development of multi-fuel micro-turbine for self-generation of electricity and heat in buildings and structures such as: nursing homes, hotels, apartment buildings, industrial buildings, etc. which constitute a market of about $ 20 billion per year in the United States alone.

READ Also:  the SME services index in Gb in April at the top for 7 and a half years

The company has a number of agreements signed to implement the technology, including an agreement signed with an American company called ENPG, which is a leading engineering and energy services company in the state of New York. The agreement states that the companies must work collaboratively to complete the development of the first demonstration project in New York United States.

Once installed on the demo site, and subject to obtaining all required regulatory approvals, the company will focus on penetrating first destination countries in the United States which are New York and California and in Europe Germany.

In Israel, the company entered into a memorandum of understanding with Supergas for an exclusive cooperation for the distribution of the micro-turbines. The company aims to be at the technological forefront of local production of electricity and heat in buildings in the consumption category of 50 kilowatts to 1 megawatts.

In addition, the company signed a memorandum of understanding with Am Super Stores, which requires the implementation of the micro-turbine with Caterpillar, as part of the agreement, Super Stores will work to promote Caterpillar’s investment in the company and / or the company’s projects.

The technology used by the company for the civilian market was developed by a subsidiary of Rafael, Ar-Jet, which was established in 2001 with the aim of developing propulsion systems for the defense system of the State of Israel and is a partner in the development of the first Israeli jet engine. In 2014, Ar-Jet decided to use the knowledge and experience it has accumulated in the field of advanced propulsion systems for the micro-turbine market.

The micro-turbine has a high energy efficiency and its construction and maintenance costs are lower than existing solutions in the 50 kilowatt to 1 megawatts category.

READ Also:  It's time to send a signal to the markets

The turbines are currently powered by natural gas, biodiesel and diesel and are primarily intended for the CHP systems market in Europe and the United States, where there are advanced natural gas transportation infrastructures. Most often, the micro-turbines will be installed in the basements of the buildings or on the roofs of the buildings

The main advantages of the company’s products are; Reducing electricity costs, reducing heating costs, durability from power outages from the electricity company, reducing greenhouse gas emissions, low installation costs of the system, ability to work in parallel with several types of fuels and high energy efficiency.

Biden: China has not invited 110 countries, including India, to the Virtual Democracy Summit

Franco Nero turns 80: the story of his great love with Vanessa Redgrave, from the meeting on the set in 1967 to the wedding celebrated in secret

Wait with refueling: On Wednesday a drop in...