turned to the center and met with the opposition 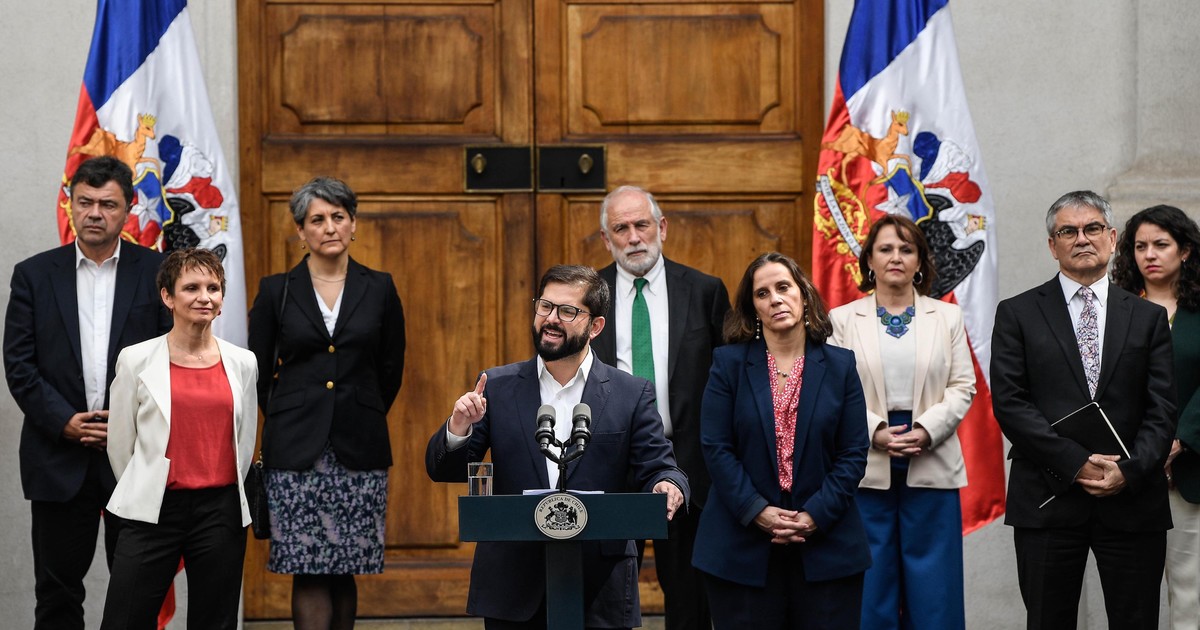 Monday was not the most difficult day for Gabriel Boric, the Chilean president, but this Tuesday. The right had asked him to define the interlocutors for the negotiations of the new constituent process, so defining his new cabinet soon became necessary and urgent.

Thus, he broke with his affections and friends who took him to the presidency and later accompanied him in the government, to make way for the center-left in the most important positions.

The trans-Andean president let his Interior Minister and head of ministers, Izkia Siches, leave. Once a rising star of Chilean politics, the former president of the Medical Association faced the vicissitudes of politics and a complex agenda marked by the Mapuche conflict.

Siches was independent, he had no party, but had come to that opposition after assuming the leadership of Boric’s campaign in the second round.

He also said goodbye to his position as Minister Secretary General of the Presidency, in charge of the legislative agenda with Congress, the longest-serving political companion and friend of the Chilean leader, Giorgio Jackson.

Boric and Jackson formed the original “student gang” when deputies were elected after the 2011 marches against the government of Sebastián Piñera. Camila Vallejo was also on that bench, who did not leave the cabinet and, transversally, she is recognized for a good job as a spokesperson.

The president recognized that the time to remove his closest collaborators from the heart of his government is not easy. “Cabinet changes are always dramatic in Chile and this one has not missed its dose,” said the president during the ceremony.

Boric added that this “is perhaps, I think I have no reason to hide it, one of the most politically difficult moments that I have had to face, and we will move forward together, for Chilean men and women and for Chile”.

The new leader of the cabinet of ministers will be Carolina Tohá, former mayor of Santiago, former minister by Michelle Bachelet and a member of the center-left Party for Democracy. It should be noted that, in the original design, the former Concertación’s arrival in office would be rewarded with the appointment of a communist, Nicolás Cataldo, as undersecretary.

The new Minister of the General Secretary of the Presidency, Ana Lea Uriarte greets the President of Chile, Gabriel Boric. Photo EFE

However, minutes after he was appointed –since he had to accompany the president to take the oath of the new ministers-, the media published a series of tweets where the new official refuted the Carabineros and relativized the acts of violence in the context of the Mapuche conflict. . The government had to suspend the appointment and postpone the ceremony.

It was decided to keep the highly rated undersecretary Manuel Monsalve in his position, who would go to Segpres to replace Jackson. At the same time, and at the last minute, the president persuaded Ana Lya Uriarte, the most influential adviser to former president Michelle Bachelet, to head that ministry and relations with parties and Congress.

The ceremony finally started 1 hour and 30 minutes later than planned. Together with his two closest collaborators, Boric removed a series of sectoral ministers in portfolios such as Health, Energy and Sciences to achieve balances of power between the parties in his coalition.

The opposition arrived at La Moneda with the interlocutors ready, the Right finally decided to attend the Palacio de la Moneda, seat of the Chilean government, at 5 pm. The official parties also did so to start the negotiations of the agreement for a new constitutional process.

The opposition, at first, and after reports that Cataldo would assume the Undersecretary of the Interior -which is the body that most closely determines the government’s actions in the Araucanía conflict-, He threatened not to attend “because of improvisation.”

However, the leaders of the Independent Democratic Union, National Renewal and Political Evolution had lunch together and decided to attend. With this act, the negotiations for a new national agreement have officially started. One where the right will have much more to say than in the past.