UISP – Italian Union of Sport for All: Tiziano Pesce is the new President 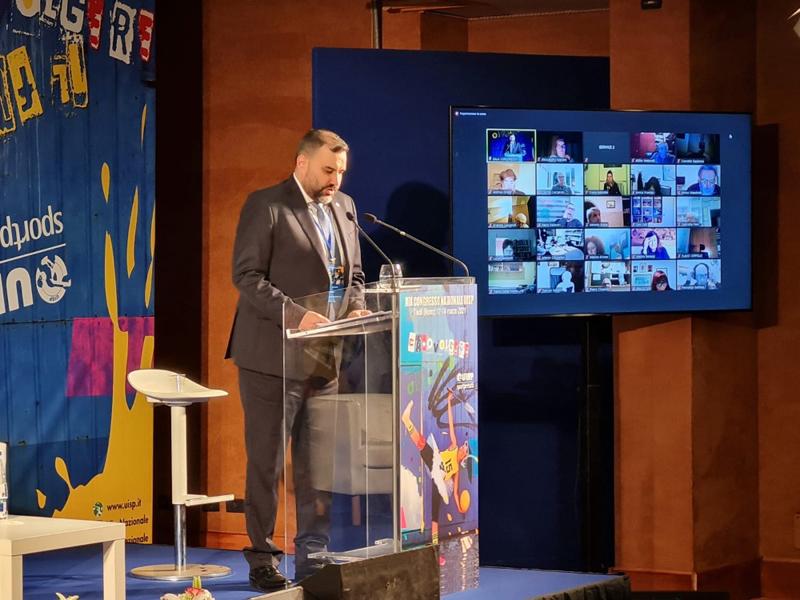 Tiziano Pesce, 45, from Genoa, is the new national president of UISP – Unione Italiana Sport per Tutti. His election came during the association’s National Congress, at the culmination of three days of work. 278 delegates were involved in videoconferencing, representing 1,112,047 members and 14,158 asd and sports clubs.

Tiziano Pesce, with a deep-rooted experience in social sport and in the third sector, both in the Ligurian territory and at national level, he takes up the baton of Vincenzo Manco, who has concluded a cycle of two mandates, eight years, at the helm ofUISP – Italian Union of Sport for All.

“Especially in difficult moments like these, the social value of UISP is measured – says Pesce, thanking the delegates and the whole Uisp – Our main task today is to be at the side of ASD and sports clubs in the area, to the drama of a grassroots movement that risks being swept away by the health emergency, which the UISP has the duty to defend and represent to the government and to all levels of local institutions ”.

Immediately after its proclamation by the Presidency of the XIX National Congress UISP – Italian Union of Sport for All, Tiziano Pesce He thanked Vincenzo Manco, outgoing national president, Tommaso Dorati, UISP general secretary and the entire UISP management team, starting from the territorial one up to the national one, which accompanied him in these years in which he was national vice president of the association.

“The transformations will be continuous and we live in a period of emergency from which we hope to be able to get out soon, so mine is an early mandate program – said the new national UISP president – we are the UISP of the territories that looks up to the European dimension . Social sport is an important test bed for new public policies on health, well-being, inclusion, the environment, solidarity, equal opportunities between genders. The UISP is a large associative network and the confirmation came from this Congress of ours. As Luca Gori of the Scuola Sant’Anna in Pisa told us, the network feeds the reform and the reform urges the network. The UISP must take up this challenge, experimenting with new metrics and new indicators, both qualitative and quantitative ”.

“From our Congress precise indications for the future emerge: the centrality of territories and activities. UISP is all-round social and sports promotion. This was the Congress of Women and Youth. This is why I am proud to have built a unified list of the future National Council, with good attention to gender representation: out of 80 elected directors, 32 are women, or 40%. But we promise to do better in the future. In fact, already in the list of 26 alternates, 14 are women and 12 are men ”.

“The UISP is the bearer of general interests – he concluded Tiziano Pesce – and comes out of this demanding congressional campaign, which began in November with the territorial congresses and continued with the regional ones, with new and important responsibilities, starting with the duty of representation of our entire movement. We will continue to closely follow the Committees, activities and sports clubs of the territory, with the same attention with which we have worked with our heads down in these four years and with the style that has characterized the national presidency. To overcome this terrible moment there is a need for responsibility: we face enormous challenges and we will only succeed if we are able to face them all together. There is a need for a lot of humility: I ask myself and the entire UISP management team. The witness I collect from Vincenzo Manco it is heavy, we must always remain attentive to the needs and problems of the entire associative fabric. Only in this way will we be able to overcome the crisis to which the pandemic has led us and return to growth. We must have a long look, even towards the outside. The national presidency of the UISP is not for me a point of arrival, nor a starting point: it is an important stage on a journey. All of us are needed, it is us that wins ”.