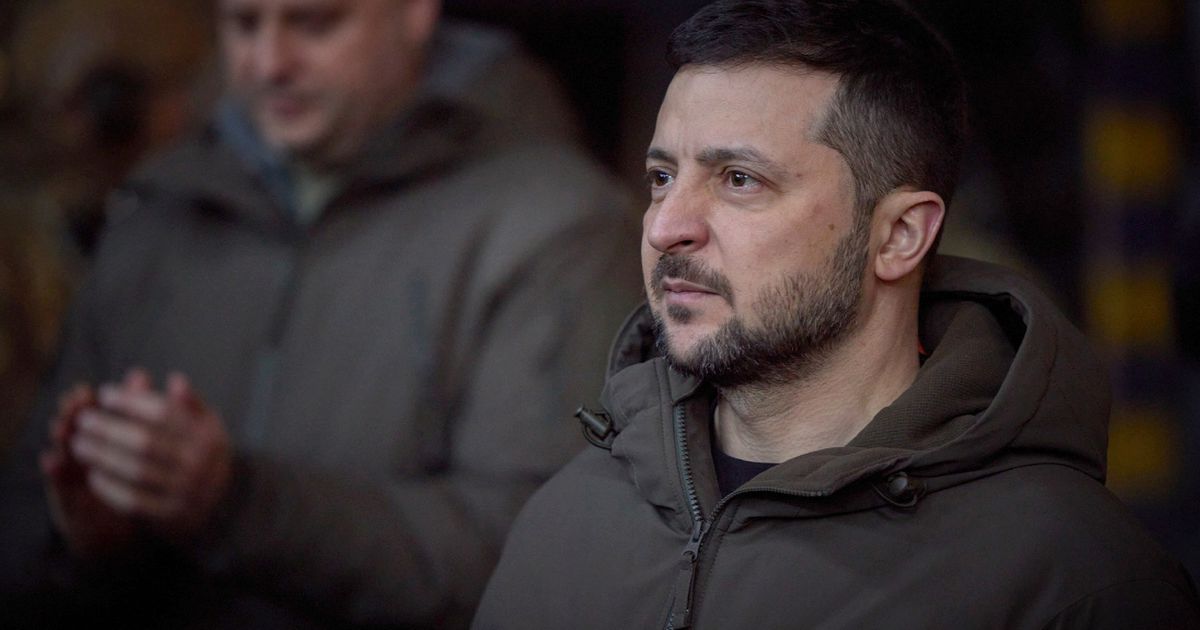 The Ukrainian president is cleaning up. Five governors and four deputy ministers were removed from their posts, the government said on Tuesday (January 24th) after press revelations of alleged purchases of supplies for the army at inflated prices. This announcement therefore comes in response to allegations of corruption by certain members of power, which could give a bad image of the government in place, at a time when Ukraine needs its Western allies.

Under pressure for days, Germany opened the way on Tuesday to an authorization for allied countries to deliver Leopard heavy tanks insistently demanded by Ukraine, promising to respond “with the urgency required” to a request for that sense of Poland.

On the ground, Russian forces continue to claim small advances. This Tuesday, the head of NATO declared that there was “no indication” showing that Russia has changed its “objectives”.

Series of resignations in Ukraine after a corruption scandal

Among the officials who resigned are Deputy Defense Minister Vyacheslav Shapovalov, who was in charge of logistical support for the armed forces, Deputy Head of the Presidential Administration Kyrylo Tymoshenko and Deputy Prosecutor General Oleksiy Simonenko.

“Even if these accusations are unfounded”, the departure of Vyacheslav Shapovalov “will make it possible to preserve the confidence of society and international partners as well as to ensure the objectivity” of efforts to shed light on this affair, assured the ministry. Defense in a statement. These announcements come after the authorities dismissed a Ukrainian deputy infrastructure minister, Vassyl Lozynsky.

Volodymyr Zelensky had said on Monday evening that changes would be made over the next twenty-four hours in senior government and regional positions. In a daily video address, the Ukrainian president said some decisions were made “today (Monday), others tomorrow” regarding positions “of different ranks in ministries and other central government structures. , as well as in the regions and within the forces of order”.

“There are already personnel decisions – some today, some tomorrow – concerning civil servants at different levels in ministries and other central government structures, as well as in regions and in law enforcement” , said Volodymyr Zelensky.

Twenty-five people have been killed and nearly 100 others injured in total in Ukrainian strikes on the Russian border region of Belgorod since the start of Moscow’s military intervention in Ukraine, its governor announced on Tuesday.

“The Ukraine, the enemy, is bombing peaceful villages. We have 25 people killed and 96 injured,” Vyacheslav Gladkov told President Vladimir Putin in an interview broadcast on Russian state television. This is the first time in eleven months that a death toll for a region has been officially given by the Russian authorities.

Tanks: Berlin will examine the Polish request “with the urgency required”

In Berlin, German Defense Minister Boris Pistorius said he “expressly encouraged partner countries that have Leopard tanks ready for deployment to train Ukrainian forces on these tanks”, during a press conference in Berlin with Jens Stoltenberg, Secretary General of NATO.

These declarations constitute a step forward in the position of Germany, where the government of Olaf Scholz is under increasing pressure to give the green light to the member states of the Atlantic Alliance who so wish so that they can deliver to the German-made Leopard tanks in Ukraine.

So far, Finland and Poland have said they are ready to do so. Warsaw, which wants to create a “coalition of countries supporting Ukraine with Leopard 2 tanks”, has officially sent a request to this effect, the receipt of which was confirmed by Berlin on Tuesday. “We will process the request with the urgency required in accordance with the planned procedure,” assured a spokesperson for the German government.

Russia claims progress on the ground

On the ground, Russian artillery fire killed a civilian on Monday in Antonivka, a village in the southern region of Kherson, deplored its governor, Yaroslav Yanushevich. The day before, a leader of the local occupation authority installed by Moscow had claimed that the Russian army was advancing towards two localities in the Zaporizhia region, also in the south, where clashes with troops from kyiv had broken out. intensified this week. Monday evening, the staff of the Ukrainian army soberly reported that “on January 20 and 21, the enemy had carried out offensive actions in the sector”, near Mali Chtcherbaky.

In the northeast, in the Sumy region, a young woman died and two others were injured when a house was hit by a shell in Esmanska, while an apartment building was “directly hit” in Vorozhba, according to Ukrainian regional authorities. One of the main leaders of the separatists in eastern Ukraine, Denis Pushilin, meanwhile posted himself in Soledar, a small town which Moscow claimed to have taken more than a week ago. For the Russians, the conquest of this city is a step towards encircling Bakhmout, which they have been trying to conquer since the summer. According to Denis Pushilin, the fighting is “intensifying” there and the Russian soldiers are “advancing”. Ukraine has so far not officially acknowledged the loss of Soledar, now that fighting continues in its western part.

According to Pavlo Kyrylenko, head of the military administration of Donetsk oblast, near Bakhmout, one person died in a Russian bombardment late Monday evening, January 23. At least two others are injured in this apartment building.

Anger in Poland and the Baltic States

Poland and the Baltic countries strongly denounced Monday the remarks of the Czech presidential candidate, Andrej Babis, who assured that elected, he would not send soldiers to help them within the framework of the collective defense of NATO. . The billionaire will face retired general Petr Pavel, former head of NATO’s military command, in the second round of the election on January 27 and 28. Asked during a televised debate on Sunday about the possibility of sending soldiers if Poland or the Baltic countries were attacked, Andrej Babis replied: “No, certainly not”.

Article 5 of the NATO treaty obliges its member states to come to the aid of one of them in the event of an attack. “I want peace. I don’t want a war. And under no circumstances will I send our children and the children of our wives to war,” continued the former prime minister. He later tweeted that he never questioned Article 5 and that his statements were truncated. “The statements of Andrej Babis […] are absurd and dangerous. They instil doubts about trust and cooperation with NATO”, reacted the president of the Peasant Party PSL (opposition), the Pole Wladyslaw Kosiniak-Kamysz. “In the Kremlin, they can start popping the champagne”, a- he added.

I fundamentally reject the attempt to distort my statements that were made during yesterday’s debate. I have never questioned Article 5, i.e. the collective defense of NATO. I just didn’t want to even imagine that World War 3 could happen. That is why politicians must strive for peace and prevent war.

Estonia and Latvia announced on Monday the expulsion of Russian ambassadors to their respective countries, after the similar decision taken a few hours earlier by Moscow with regard to the Estonian ambassador. The third Baltic country, Lithuania announced in October the expulsion of the Russian charge d’affaires, because of “inconsistent actions and statements, after declaring the ambassador of this country “persona non grata” in April.

“We respect the principle of reciprocity in relations with Russia,” the Estonian Foreign Ministry said in a tweet on Monday, stressing that the Russian ambassador should leave Estonia on the same day as his diplomat Russia, i.e. February 7. Russia announced the expulsion of the Estonian ambassador on Monday, denouncing Tallinn’s “total Russophobia”, following the expulsion earlier in January of 21 Russian diplomats and other Russian embassy employees.