us together to see the stars again – time.news 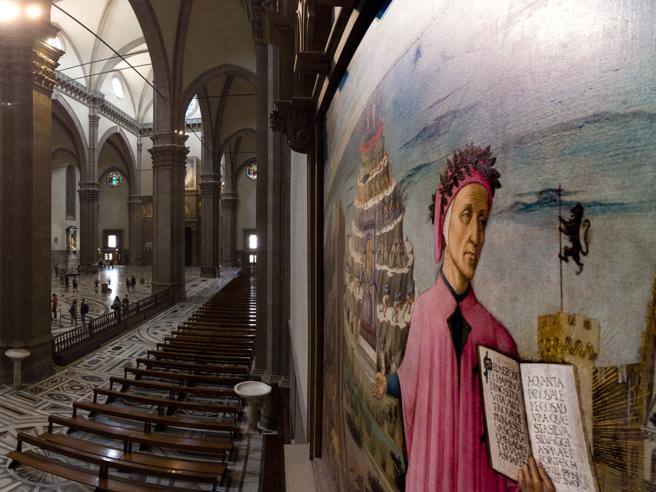 Man without a country, the most Italian of Italians, the most universal of writers. Dante is that inexhaustible – and always contemporary – genius in whose literary masterpiece we continue to rediscover ourselves as his children. And on March 25th, in the year of the 700th anniversary of Alighieri’s death (which took place in 1321), the first edition of Dantedì will be celebrated: a day-symbol of his eternity.

For the occasion, now goes to the bookstore On Tuesday. Contemporary visions of the poet (available in the Librerie.Coop listed here at the end), published by the Corriere della Sera Foundation and by «la Lettura», and edited by the Culture Editor of the «Corriere». The volume, presented in streaming on March 4 at 6 pm, develops around an artistic heart: 25 postcards (like March 25), created by well-known visual designers, represent allegories, characters, words and poetic figures that emerge from the Comedy. It’s Postcards for Dante, a project conceived by the visual designer and architect Franco Achilli who chose the support of postcards “to rediscover a hyperpopular and simple artifact (…): a direct, confidential and if we want intimate system to ensure Dante that democratic and inclusive sprinkling of his message “. And on that support, like an imaginary blank canvas, the artists have created their very personal homage to Dante.

The volume then collects the contributions of Paolo Di Stefano, Alberto Casadei and Arturo Carlo Quintavalle. With Di Stefano the reader retraces the birth and meaning of Dante’s day: the idea appears for the first time on the pages of the Corriere in 2017, when the journalist proposes it (the name was coined, tracing the shape of the days of week, with Francesco Sabatini, honorary president of Crusca) and immediately received unanimous consent, in Italy and abroad. Having chosen the date (which coincides with the beginning of the poet’s otherworldly journey, according to scholars), the Dantedì was then established by the government on the proposal of the Minister of Culture Dario Franceschini and with the support of the Ministry of Education. Di Stefano also remembers the “zero edition” of 2020, born during the first lockdown, starting from schools throughout Italy. And he writes: “The Dantedì will succeed only if it is many things together: dialogue, vision, play, festive fulcrum of a reflection on poetry, of creative elaboration, and also of collective and civil recognition of the country around the poet who founded our language literary “.

On the involvement of schools, and the opportunity it represents for teaching, focuses Alberto Casadei, professor of Italian literature at the University of Pisa. For him, Monday can also be “an important didactic objective, because it is useful for combining the implementation of interpretative principles and reading skills with the creation of materials designed by students”. A stimulus, an annual work goal, the confrontation with the complexity of writing, of language. It is an opportunity to “investigate how it is possible that a text of over seven centuries still interests us” and allows us, through its imaginary worlds, to understand our own. With the art historian Arturo Carlo Quintavalle, the volume’s journey continues through Dante’s iconography: starting from the image of Dante at the Palazzo del Podestà in Florence, in the Chapel of the Magdalene (one of the alleged first “portraits” of the poet), the critic tells how Alighieri was portrayed in history.

On Dantedì reminds us that Dante belongs to everyone. And this approaching first edition, sadly coinciding with the pandemic, teaches us that looking at Dante today is even more symbolic: humanity has found itself in a “new dark forest” of fears and uncertainties, but it is the hope of change to move towards the light, like that universal allegory which is the Comedy.

The volume on sale in Librerie.coop

Postcards for the “Comedy”

On Tuesday. Contemporary visions of the poet (115 pages, 15 euros) is published by the Corriere della Sera Foundation and by «la Lettura». It is edited by the Culture Editor of the «Corriere». The volume, born on the occasion of the first edition of Dantedì and of the 700th anniversary of the death of Dante Alighieri, will be presented on March 4 at 6 pm, in streaming on time.news e time.news foundation and on the Facebook pages of «Corriere della Sera» and of the Corriere Foundation. Speakers: Franco Achilli, Alberto Casadei, Paolo Di Stefano, Francesco Dondina.

Mandates poll: this is how the elections would have ended today
Posted onJanuary 27, 2023