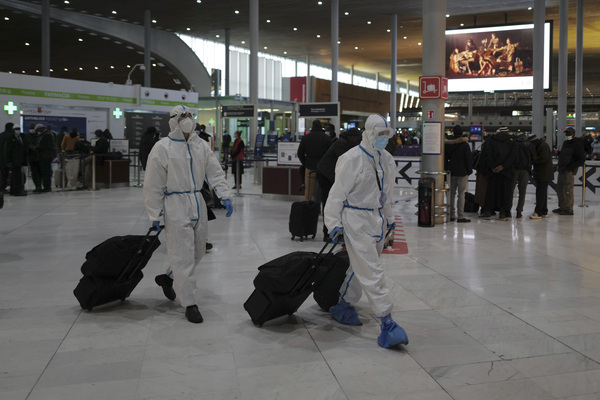 President Joe Biden promised that on July 4th, Independence Day, the United States could celebrate its independence from the pandemic.

The numbers of Covid-19 are declining, for the first time, in a year but with tens of thousands of deaths expected in the coming months, experts warn not to let your guard down just yet.

“I think we shouldn’t be fooled,” said Dr. Paul Offit, director of the Vaccine Education Center at the Children’s Hospital of Philadelphia. “Because in the summer people will think it’s over and that’s going to be bad. If we don’t get at least 80% herd immunity, when winter comes, there will be a new surge. “

But if the modus operandi remains in place as it is now, 23,000 more people could die from the virus by April, according to a projection by the Institute for Metrics and Health Assessment.

Yet many states have begun to ease measures. Due to this and the new variants, the IHME has increased the fatality forecast for Covid-19 by 1 July by another 22,000 people.

Overall, the IHME predicts nearly 600,000 deaths from Covid-19 by July 1, compared to the current number of approximately 530,000 recorded deaths.

What the US is doing from now on could impact the trajectory of the pandemic, said director of the US Centers for Disease Control and Prevention Rochelle Walensky.

“I think March and April are important and critical months – he said – because this hyper-transmissible virus could cause another wave after spring break.. On the other hand, we are increasing vaccinations so fast, and what we really want to do is just give those vaccines a chance to fight and not let this virus rise again. “

For those who have been vaccinated, the CDC has released new guidelines, upholding the travel recommendations.

Some have wondered if the guidelines are too strict.

“We must be humble with this virus – Walensky said -” because every time we felt like winners, we had a huge increase in infections “.

About 1 in 10 people in the United States – around 33.9 million people – are fully vaccinated, and nearly 1 in 5 people – more than 64 million – have received a dose. Almost 100 million Americans have thus gone through vaccination.

“If the 4th of July comes and your family has been vaccinated and your neighbors have been vaccinated, then you can definitely get together for a barbecue”, Dr Jonathan Reiner said Thursday adding “Having the vaccine is not just the ticket for vaccination, it is the pass to take people back to offices, to open cinemas, to fill baseball fields, to get people back on planes”.

However, the nation will still be struggling with Covid-19 survivors suffering the effects of the disease long after being infected.

“We know that 525,000 of our fellow Americans have died, but we also know that tens of millions were infected, did not die, thankfully, and recovered. But we would like to know what the long-term effects will be for those individuals ”said many doctors who argue that“ we are really seeing only the tip of the iceberg when we think about the medium term where we imagine there will still be disability and a lot of suffering ”.

A recent study found that 30% of those with Covid-19 continue to have symptoms for up to nine months after the initial infection, and the National Institutes of Health has launched $ 1 billion research to study long-term health effects.