USA, towards the approval of the mega refreshments of 1.9 trillion dollars 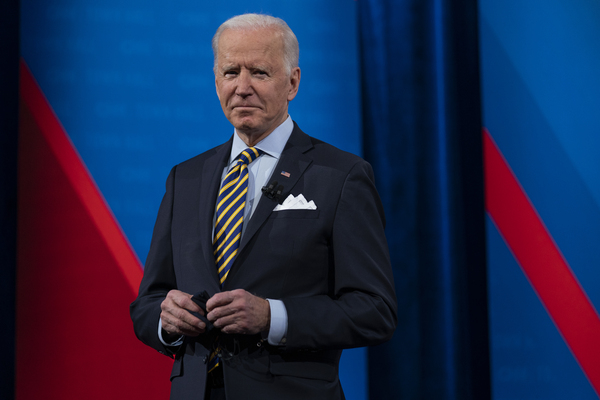 Along with the pandemic, reviving the American economy is a top priority for President Joe Biden. And now it is also becoming his first political test.

The US Senate is having busy days preparing to pass another major stimulus package for the Coronavirus-affected economy. A $ 1.9 trillion package, with a range of aid items ranging from speeding up vaccinations (over 50 million Americans have already been vaccinated), to a new round of support for citizens, the unemployed, and ending with investments in infrastructure.

The approval of the text, without the help of the Republicans, would be Biden ‘s first major victory and, at the same time, a sign of the difficulties he will face to carry out his program. Approval is, in fact, an obstacle course.

Democrats agreed to lower unemployment benefits from $ 400 to $ 300 per week through September, hoping for approval at the weekend.

However, it will be no easy task for the President to be able to march his reformist idea through a bipartisan vote. But fortunately, even without Republican support, in a chamber divided between 50 senators per party, the Democrats could carry out most of their plans thanks to the decisive vote of Vice President Kamala Harris. But the traps of the legislative bureaucracy are on every corner. In fact, the new limits for recipients of the next direct payments had been agreed mid-week. But Republican Senator Ron Johnson, appealing to the old archaic rules, asked House employees to read, word for word, the 628 pages of the bill.

And this is what was done with shifts of 20 or 30 minutes, in front of an empty Capitol Chamber on alert for a possible new attack by the Trumpist radicals. Employees started reading at 3pm and finished after 2am.

A ploy useful only to delay the approval of a law, which should be signed by the President before March 14, the date on which the unemployment benefits approved in the previous package will expire.

For Republicans, this is a waste of public money at a time when the vaccination campaign and the gradual return to economic activity are already giving the country hope for a rapid recovery. “Our country is now ready for an extraordinary recovery, the Democrats have inherited a trend that was already changing,” said Republican minority leader Mitch McConnell.

In any case, the approval of the new aid package, practically inevitable, will be the second major legislative achievement of the Biden administration. After the very good start of the vaccination campaign.

The French ambassador in Morocco distances Paris from the Eurochamber’s criticism of Rabat
Posted onFebruary 4, 2023
Menu