V for Vendetta like reality: viruses and vaccines that are missing 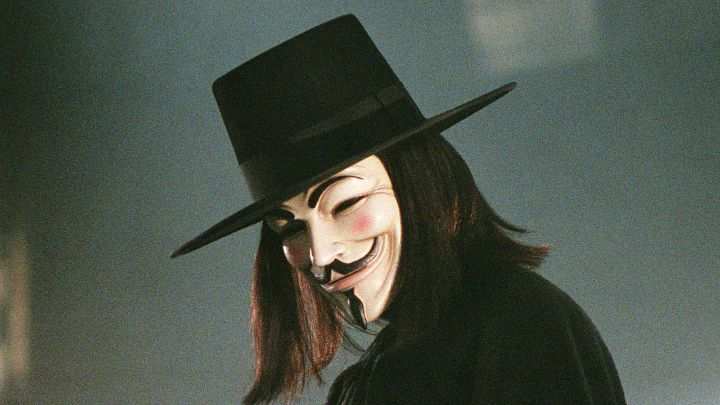 Tonight at 21.20 on 20 Mediaset the dystopian film will be broadcast V for Vendetta, based on the comic novel by Alan Moore and David Lloyd and brought to the big screen by the Wachowskis.

However Alan Moore he was so unsatisfied with the cinematic rendering of the work that he dissociated himself from production and for this reason he wanted his name not to appear in the opening credits. Lloyd, by contrast, commended Warner Bros. ‘work in bringing the story of V for Vendetta, who for the cinema was played by Natalie Portman and Hugo Weaving, the latter most famous for playing King Elrond in the saga de The Lord of the Rings.

V for Vendetta, the plot

In the near future, England has become a dictatorial and autarctic kingdom that seems to recall the model of what is in the pages of 1984 of George Orwell. In this dystopian reality, power is in the hands of a group of corrupt politicians who no longer have any links with the citizens and who are mainly concerned with censoring and silencing dissident voices.

But one night, while young Evey (Natalie Portman) is on her way to an appointment, a man completely dressed in black appears out of nowhere and saves her from a group of “government militants” who were about to rape her. The mysterious man announces his name is V and his face is hidden by a mask of the gods Guy Fawkes, a kind of hero of British culture.

It is the night of November 5th and under Evey’s incredulous eyes, V blows up the Old Bailey. At that point V becomes a real enemy for the government, a man to be found and killed. But the man plans to accomplish what Guy Fawkes failed to do: blow up the palace of the english parliament and, thus, awakening the people who have been silenced and who no longer have the courage to rebel against an evil government.

The date chosen by the terrorist is that of the following one November 5 and in the course of the year that separates her from the attack, Evey will have the opportunity to really know V, to know the reasons that led him to become such a dangerous man for the current government. And most importantly, Evey will also be able to uncover the truth behind an epidemic that destroyed his family.

V for Vendetta, a current film

V for Vendetta it is a film that offers many points of reflection: from the role that the government should have in the lives of the citizens it is called to govern, to the importance of fighting for one’s ideals and freedom of expression. It is also a film that leaves open a very important discussion on the value of art, not only as a means of expressing a personal talent, but also as a cure for loneliness and fear. Art becomes a sort of escape route, a path to take to rediscover well-being even in the darkest moments. A discourse that appears at least current today, with the places of culture that continue to be closed due to the pandemic. And it is precisely the theme of pandemic that V for Vendetta comes very close.

Within the plot, in fact, the viewer is told the story of this England destroyed and led by a man who only knows how to spread hatred and intolerance. An England that has recovered after a war and that, above all, has had to put its pieces back together following a ‘epidemic which led to the death of many citizens, mostly children. V for Vendetta it is therefore a very current film for the ability it has to tell the constant fear of a people held in check precisely by a sense of constant terror that the rulers have used to increase their power, to enrich their bank accounts and collect more consent from people.

As is happening in reality with the coronavirus, V for Vendetta it tells of an uncontrolled pandemic, an evil that affects schools which today are at the center of a heated debate on the need to keep them closed or not. In the film we see an England that looks a lot like Italy today: with people attached to televisions to listen to the news bulletins, taking into account the dead people and the riots made for a government that cannot manage the situation.

We see this human stain waiting to come out of the maelstrom of bad news, of restrictions due to the epidemic: a humanity that is waiting to have the vaccine. But in V for Vendetta the social attack that the work makes against government oppression is even more terrible, because it associates the epidemic and the vaccine with the same hand, making the same person executioner and hero. A reflection that casts a dark shadow on the trust that an ordinary citizen should have in the government.

the keys to understanding the great comeback of the Barça goalkeeper
Posted onFebruary 4, 2023

Cervical cancer, too many women die in Africa. The Doctors Without Borders project – time.news
Posted onFebruary 4, 2023