Vaccines and Delta Covid variant, which slow it down and the most serious symptoms- Corriere.it 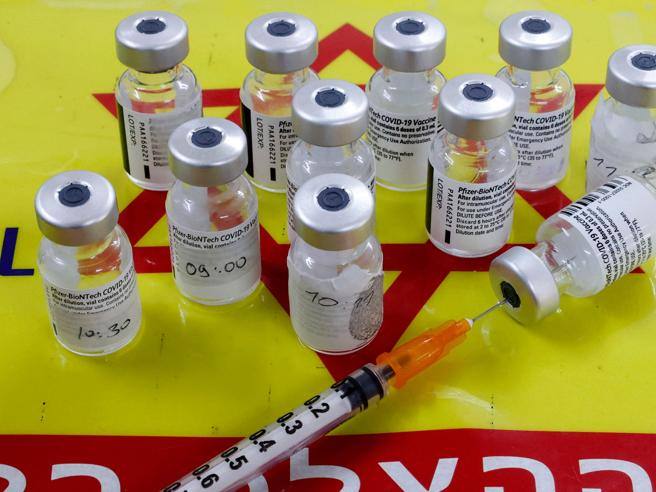 Do vaccines against Covid block the circulation of the Delta variant?
Preliminary data still not fully assessed released by the Israeli Ministry of Health say that in June, when the Delta variant was already 90% dominant in the country and restrictions were lifted, Pfizer vaccine efficacy dropped by 30%, reaching 64% in the prevention of asymptomatic or mildly symptomatic infections. In fact, in the month of May, when the prevailing variant was still Alpha, the protection was over 94%. “With the Alpha variant the number of infections among the vaccinated was very low,” he says Antonella Viola, immunologist, professor of clinical pathology at the University of Padua – for this reason we could think if not to block the circulation of the virus, at least to reduce it strongly. With the Delta we see more cases of infection among the vaccinated and we can only imagine a decrease in the circulation of the virus, which in any case will not disappear. It is likely that Sars-CoV-2 will become endemic and we will have to learn to live with it ».

Is protection against serious illness maintained?
Yes, and confirmation comes from Israel’s own data. In fact, the experts pointed out that compared to severe disease, the vaccine efficacy rate dropped by only 5%, from 98% to 93%. Other field studies and analyzes go in the same direction. All vaccines approved in Europe also work very well against the Delta variant, as long as the vaccination course is complete. Against the Delta strain, the protection for Pfizer and Moderna vaccines drops from 90-95% to 85-90%: this means that 10-15% of those who are fully vaccinated can be infected. For AstraZeneca from a level of 70-75%, it drops to 65-70%. A single dose, on the other hand, only protects between 20 and 30 percent. A Canadian study not yet reviewed confirms the trend: Pfizer protects against symptomatic infection with the Delta variant at 87%, Moderna at 72% and AstraZeneca at 67%. All are highly effective against hospitalization or death.

Who are infected with Delta?
In Israel, 50% of the infected are citizens fully vaccinated, the other half are children and boys who have not yet been immunized. The vast majority of them are asymptomatic or mildly symptomatic. With the increase in infections and greater circulation of the virus, however, an increase in hospitalizations cannot be excluded even if the experts agree that a wave like that of last autumn will hardly reappear, since a large part of the Italian population will be vaccinated.

Who today is most at risk of contagion in Italy?
«The most at risk are glthe more than two and a half million over 60s not yet vaccinated that they could become seriously ill again and send the hospitals into crisis again »warns Viola. Furthermore, all those on whom the vaccine does not work for some reason, as it can happen to frail elderly people or immunosuppressed patients, risk serious illness. “We do not yet know – adds the immunologist – how long immunity induced by vaccines lasts and if a third dose will be necessary”.

What should we expect in September with the opening of the schools?
«By the beginning of September we should try to vaccinate children from 12 years old up in order to start school again with as few problems as possible – suggests the expert -. For the little ones, things are more complicated because they cannot yet be immunized. You might be thinking about less numerous classes, introducing ventilation systems such as portable purifiers. No doubt students will still have to wear masks. The tracking system, since there is no adult emergency, can focus on school environments with regular screening with salivary antigen tests to check the boys frequently ».

What are the symptoms?
The symptoms caused by the Delta variant also appear to be different, more affecting the upper respiratory system such as sore throat, runny nose, headache, fever. The disease is more like a cold, and the loss of taste and smell have almost disappeared.

Where is the Delta variant popular?
The Delta variant is practically widespread all over the world and has been reported in about 100 countries. According to the database, Gisaid is prevalent in India, the United Kingdom, Australia, Singapore, Indonesia, Malaysia, India, China, Israel, Russia and Portugal. In Italy, according to the latest monitoring by the Istituto Superiore di Sanità, the Delta is 22.7% and is found in 16 regions. Outbreaks have been reported throughout Italy, including in seaside resorts. It is estimated that by August it will become prevalent throughout Italy.