“Vaccines are decisive, so growth in Italy is robust” – time.news 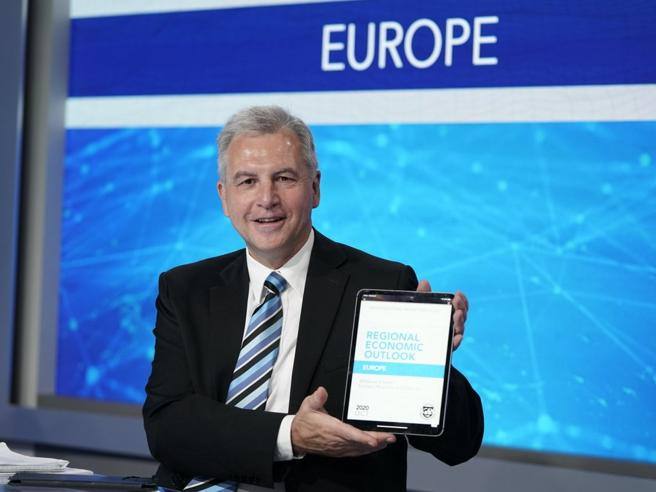 «Vaccines are a game changer for the economic recovery, also in Italy, which today is experiencing a phase of robust growth “, says Alfred Kammer, 58, German, director of the European Department of the International Monetary Fund (IMF), who yesterday presented a Report on the economic challenges of ‘Post-pandemic Europe.

How does the IMF view Italy?

“In Italy, and throughout the euro area, we have observed a very strong response to the crisis, after a deep recession and extraordinary monetary and fiscal support, with the aim of keeping the structure of the economy stable, preventing the destruction of labor and capital. A very different reaction to what we usually did during a recession. Then in the second quarter, when the economy reopened on vaccine expectations, we had a much stronger rebound than we originally estimated. Now we see that vaccines are really a game changer: vaccinations allow economic activity not to stop, to grow. And on this point Italy has done an exceptional job, reaching 80% of the vaccinable population. However…”.

“More needs to be done in other countries on the continent, particularly in emerging Europe, where vaccination rates are much lower. The better the pandemic is managed, the less impact it will have on the economy in the event of a new wave».

Could the risk come from developing countries with low vaccination rates?

“The risk is there because we live in a globalized world. We need to step up efforts to vaccinate more. For the majority of low-income and developing countries, the problem is a lack of vaccines. But in some, like those closest to Italy, it’s about convincing people to get vaccinated. There is also another danger: the risk of an interruption of supply chains in emerging countries, which could also penalize the European economy. This is why vaccines play a key role in getting out of this economic crisis as well ».

The situation looks ideal: low interest rates, abundant European funds and dedicated leadership, only inflation is a cause for concern. What is the biggest risk for Italy?

«The biggest risk is managing the exit from the crisis. Italy is in a good position, because we have seen a strong annual recovery, driven by private consumption and investments and also can count on a fundamental tool such as the Next GenerationEu fund. The IMF estimates that the fiscal deficits of the main European economies will fall by about 4 percentage points of GDP in 2022. It is positive. However, premature withdrawal of fiscal support next year would be worrying, as private consumption may not be as robust as we expect. On fiscal policies, it is better to err on the side of too much help than too little. Thanks to Next GenerationEu, Italy will have transfers equal to 1.5% of GDP this year and next combined, funds that will help transform the economy, but also the transition to exit the crisis. But the medium term is crucial for the economy to become more sustainable and more digitized. Structural reforms are also crucial, which the Italian government intends to carry out to modernize justice, public administration and reduce barriers to competition, factors that in the past have held Italy steady. Growth is also an essential ingredient for these goals. Therefore, the exit from the crisis goes hand in hand with policies that increase productivity and economic development. We agree with the Italian government that growth is the best strategy to reduce public debt ”.

When should we start dealing with the debt problem?

“Advice? After emerging from the crisis. Let’s say that from 2023 the consolidation of public accounts should begin ».

What do you think about the return of inflation?

“Inflation is pushed up by a number of factors, which will vanish next year. First of all, the energy crisis, with the rise in oil prices returning to those of the pre-pandemic period, due to strong demand. However, this is typical of any recession. If anything, the surge in natural gas prices is unusual. Another factor is supply chain bottlenecks, which have pushed up the prices of durable goods. But the eurozone inflation expectation over the medium term is 1.8%, thus still below the European Central Bank’s target. We therefore see no risks for the euro area and the ECB has sufficient tools to intervene. For this reason we expect the ECB to maintain a very accommodating monetary policy and to support the recovery “