Violence against women, my bill starts with education in schools

The trail of blood that has torn the country in recent weeks must alarm and should also see all political forces united for a serious and rigorous fight against violence against women. 104 women have been killed since January, one every three days. A massacre.

Those who hurt them had the keys to the house: partners, boyfriends, husbands, exes, who they should have loved and protected. Lastly, in Reggio Emilia, on Friday 19 November, a 34-year-old young woman was killed, Juana Cecilia Hazana Loayza, who leaves behind a girl of just one and a half years. This story is emblematic of a women’s protection system that has more and more obvious flaws.

Juana it did what the state asks it to do, denounced his persecutor, his former partner Mirko Genco, not one but twice. After his denunciations, Genco was arrested, then released from prison and subjected to the precautionary measure of the prohibition of approach. Four days later he was arrested again for violating the ban and becoming the protagonist of new oppressive acts. When he ended up under house arrest, his arrests were then revoked on 4 November last following the sentence of plea bargaining for two years of imprisonment with suspended sentence, decided by the Court.
Such an individual was given his freedom back on November 4th, and it took him exactly 15 days to accomplish his goal, kill his victim. He did it on November 19th.

He negotiates punishment for stalking, goes out and kills the ex

I don’t think we can define such a story any other way than how a shame for the state, evidence that something important is wrong with the system; because, if a woman who twice finds the courage to denounce, trusts and entrusts to the institutions, then she is not protected, then it is the institutions that have blatantly failed for not having correctly assessed the risk, for not having raised a wall of safeguards that effectively protected her from her executioner. But excuses are not enough, this is evident. Action must be taken.

There are laws, for more than forty years that legislation has been made in the field of combating gender-based violence, but according to data from the Ministry of the Interior, in the first half of 2021 “spy crimes”, such as stalking and ill-treatment, were 19,128, with the incidence of female victims remaining unchanged, settling at 79%. So what’s wrong? It doesn’t work that the laws are obviously not enough, we need to change the approach or better the mentality of those who mistreat, because violence against women is also and above all a cultural fact which feeds on prejudices, stereotypes, discrimination. Omertà and inability to love.

In fact, in femicides man considers woman his possession, an object. For this reason, the education of young people is one of the keystones for a real change of pace in our society. And one of the tools to prevent and combat gender-based violence is that to introduce affective and sexual education in schools of all levels. The educational factor is fundamental, and I believe in it so much that I have presented a bill on this issue, because I believe that only with education, training and the right information can we reverse the course.

Develop emotional intelligence starting from an early age it helps to have greater awareness of one’s emotions and feelings to create good relationships, to know how to fight well.
How you react to rejection, because learning how to manage it as a child means being prepared when you grow up, it means knowing a gentle alphabet of emotions that does not involve discrimination. 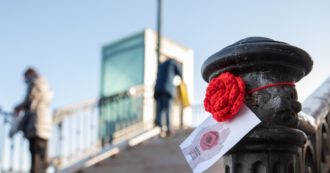 My bill wants to open a path that arises from the awareness that the country is paying dearly for the lack of education, of a training, in the social, health, psychological fields in the field of sexuality, interpersonal relationships and relationship management. In my text I foresee two hours of lessons per month with a secular approach in education to affectivity and sexuality, respecting the various ages, with multidisciplinary interventions that involve the presence of several trained and competent professionals such as, for example, psychologists, psychotherapists, sexologists, obstetricians, gynecologists.

The themes that can be dealt with in schools are many: from the protection of sexual health intended as the prevention of communicable diseases, to the attention of the relational and emotional aspects of sexuality to accompany boys and girls in their path of conscious growth that will lead them to become independent and to make responsible choices in respect of gender equality and of the person in general. The school, understood as an educating community, must be the place where, through the teaching of affective and sexual education, everyone can learn to know each other and to know the other who is different from himself. Only in this way will we be able to eradicate from the very beginning all those germs of intolerance which can degenerate into violent behavior and in the worst case into murder.

READ Also:  Lithuania erected a military base near the border with Belarus | News from Germany about Europe | Dw

Education in the foreground, but training is also needed. All operators who revolve around violence, lawyers, judges, law enforcement, social workers, doctors and teachers must be prepared and able to listen and speak with a victim who has suffered violence. As it is known, unfortunately this is not always the case. Furthermore, ensure a network homogeneous throughout the national territory of anti-violence centers and shelters with resources that must arrive in a timely and systemic manner.

Homogeneous is a key word. It means that the women of Calabria or Sicily must be able to count on the same support and proximity that exists in Emilia-Romagna or Friuli. The victim of violence must know that he is not alone and that he can count on a coordinated and organized territorial proximity network. Women do not ask for revenge but for protection, to be believed, not to be blamed if they denounce, they ask for an alternative to violence. 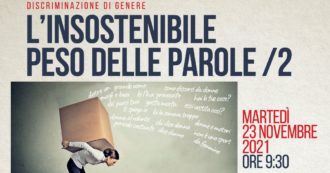 Violence against women, “the unbearable weight of words”: review the conference in the Lombardy Region

Giving those who denounce the possibility of changing their lives starting from a job that makes them independent is fundamental. Just as it is essential to improve the protective measures to protect women, for example enhancing the use of electronic bracelets. Because in the case of Juana Cecilia it was not applied to her persecutor, given the repeated violations of the prohibition of approach. The use would have made it possible to detect the presence of his former partner near the victim and intervene in time. On this aspect, I presented a parliamentary question to the Minister of Justice Marta Cartabia.

In addition, as a preventative measure, centers for abused men must be strengthened, providing a third body that controls the path and the actual result of the abusers so that these people, these violent men, can become aware of the crime committed and repent. Said more clearly, if the state is unsure and does not touch the recovery, repentance and change of these people he cannot grant them freedom. We owe it to Juana and to too many women who have died in recent years from violence and relapses that could have been avoided. Prison is not and cannot be a place where sentences are served and that’s it; it must also be a place of recovery, especially for those who are guilty of this type of crime.

The hope, on this November 25, is that these commitments do not remain words on paper, but turn into actions, regulations, concrete support – also and above all economic. If we as institutions fail, we will have done a great disservice to future generations. We cannot allow it.

The foundation of the Fatto Quotidiano, together with the non-profit organization Trama di Terre, funds autonomy grants to support women who have survived violence. Visit the site and find out how to help us: click here

“The prison pimp affair has been investigated in the past, we will not investigate the matter”